Sheep Focus: Gearing up for the lambing season at Salesian Agricultural College

During the week, AgriLand made the trip down to Salesian Agricultural College in Co. Limerick to see how the farm is preparing for the upcoming lambing season.

Lambing is about two weeks away, with the farm manager, Brendan Ryan, hoping to get as many of the dairy cows calved before that in order to fully focus on the 90-ewe flock, with 70% of the ewes expected to lamb within the first two weeks.

On the day, Brendan spoke about the breeding season which brought an overall scan of 1.71 lambs and a 6% empty rate. He also touched on the reason for moving more towards Belclare genetics, the feeding management of the ewes in the lead-up to lambing and the importance of performance recording. 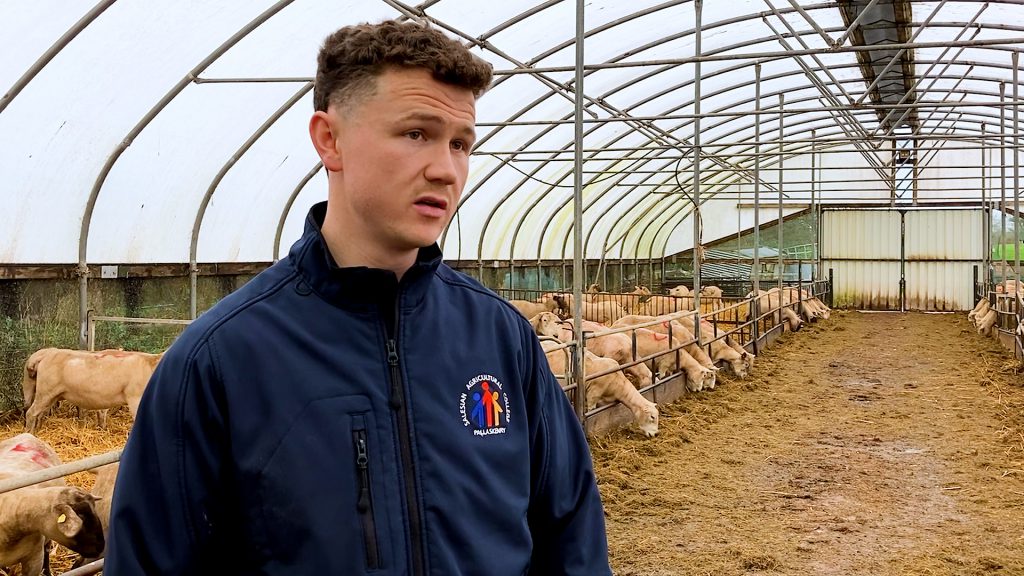 Speaking to AgriLand, Brendan said: “It’s a busy period here at Salesian at the moment. 280 out of 420 dairy cows have calved and as well that, we are training the cows into the new rotary parlour so we are fairly tied up on that side of the farm.

“I’m hoping we get the majority of the 140 odd cows left, calved before lambing gets underway in about two weeks time.

The breeding season was quite compact, so we are expecting a good shot of ewes to lamb down in the first two weeks [70%].

“The ewes are coming on nicely and hopefully if the weather improves at lambing we can get them and their lambs out to grass as quickly as possible.”

Taking a look at the system in place on the sheep side of the farm, a strong 90-ewe flock consisting of Suffolk and Belclare cross ewes can be found.

A change in tactics just before the breeding season kicked off saw a Suffolk ram, that was due to be run with the ewes, taken out of action and instead a sole Belclare ram was run with the flock of mature ewes.

Speaking about the change in direction, Brendan said: “We had planned to let a Suffolk ram and a Belclare ram with the flock for the breeding season, but we changed our tune the last minute.

We had no problems with the Suffolk or anything like that, we are just looking to increase our litter size and we feel the Belclares can give us that larger litter size.

“We had a very good scan, which I suppose backs up that point. The overall scan excluding empties was 1.87 lambs. The mature ewes scanned 2.33 lambs.

“We ran a Charollais ram with the ewe lambs, just for ease of lambing, and they scanned 1.34 lambs.

“The breakdown of what we are expecting is 29 singles, 45 doubles and 17 sets of triplets. We’ll try and cross-foster as many triplets as we can.” 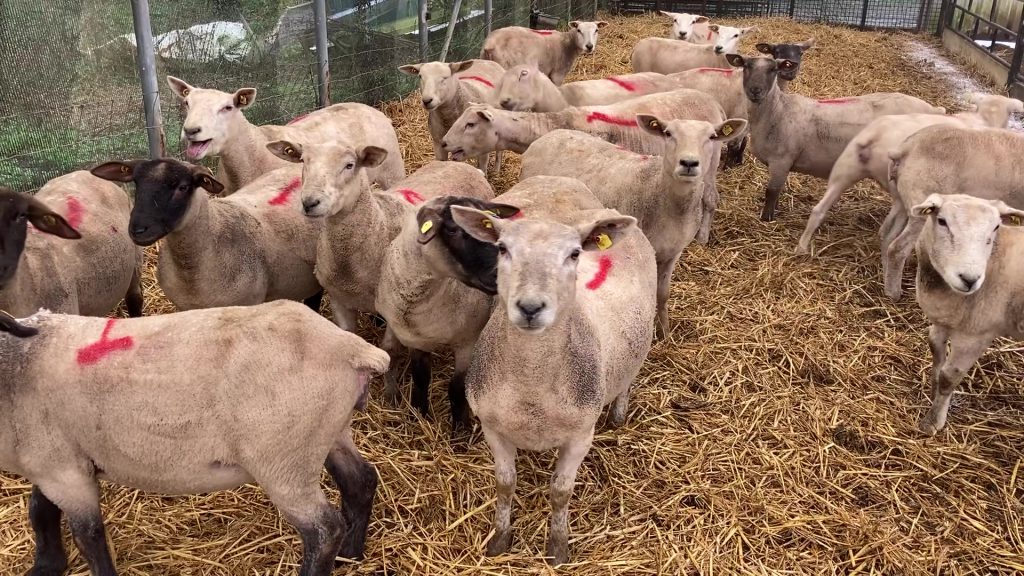 Nutrition in late pregnancy is critically important as 75-80% of foetal growth takes place in the last six-to-eight weeks of pregnancy.

With this in mind, Brendan has ensured that the ewes have had access to good quality silage along with building up concentrate supplementation over the last seven-to-eight weeks of pregnancy.

With lambing about two weeks away, Brendan will be adding 0.2kg of soya bean meal to help support mammary gland development and the process of colostrum production. 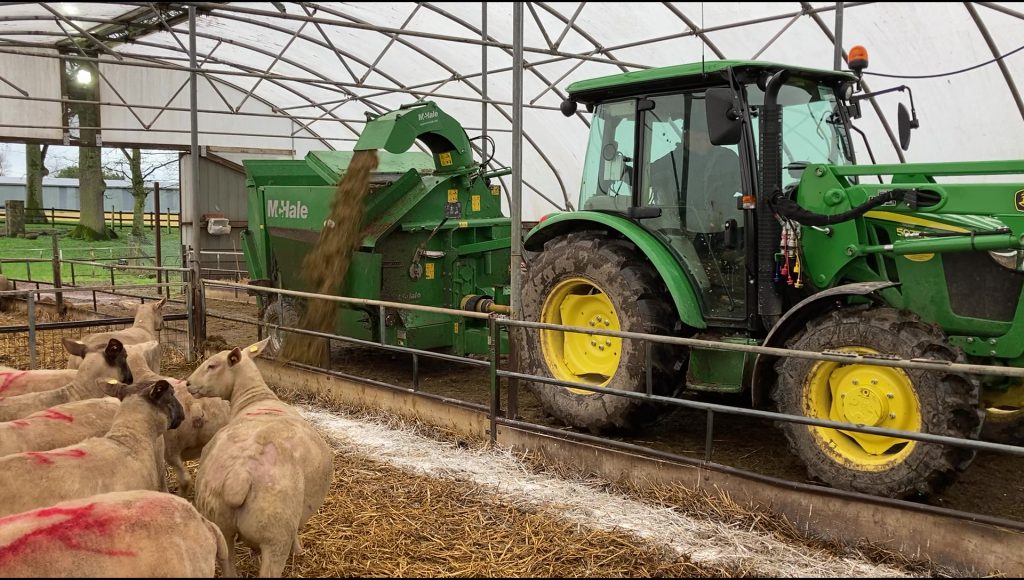 Speaking on feeding management of the ewes, Brendan explained: “We got our silage tested and we were very happy with the results.

The ewes are being fed 73% dry matter digestibility (DMD) silage. We feed them silage every second day, while they are fed meal every day.

“Ewes are split up into mature and ewe lambs and are further broken down into how many lambs they are carrying.”

A breakdown of what level of concentrate feed ewes are getting is outlined (below).

“We are feeding the ewes a high protein [20%] ration. From next week on, 0.2kg of soya bean meal will be added to the ewes’ diet to help with mammary gland development and colostrum production.

“Any of the ewes getting over 0.5kg of meal, we split the feed, morning and evening. The ewe lambs, when they lamb down, will be kept in a group on their own for six weeks and be fed meal along with good quality grass.

“The plan is for the mature ewes just to be on grass. We have a nice bit of grass there so hopefully, the weather improves and we can get them out fairly quickly to it when they lamb down.” 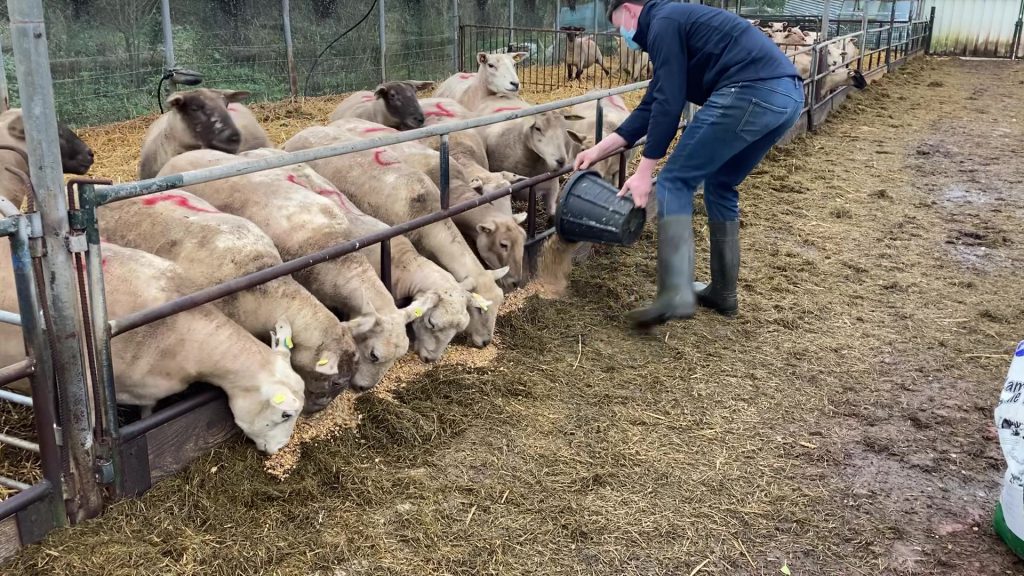 The 90-ewe flock was housed in a polytunnel this year. Ewes were housed in the middle of December and they were also shorn during the first week of January.

He added: “The ewes have been housed in a polytunnel since the middle of December. It’s a very simple handy facility.

The ewes are bedded twice a week and we shake lime along where the ewes come up to the feed face to try and prevent any lameness issues.

“However, next week, as lambing approaches, we will be moving the ewes up to another shed, where we have individual pens set up. There just isn’t room in the polytunnel to set them up.

“The ewes were shorn as you can see in the first week in January. We find the ewes are cleaner and easier to detect when they are about to lamb.

“You would hope as well that it would lend to ewes having bigger lambs as they tend to eat that bit more when they are shorn.” 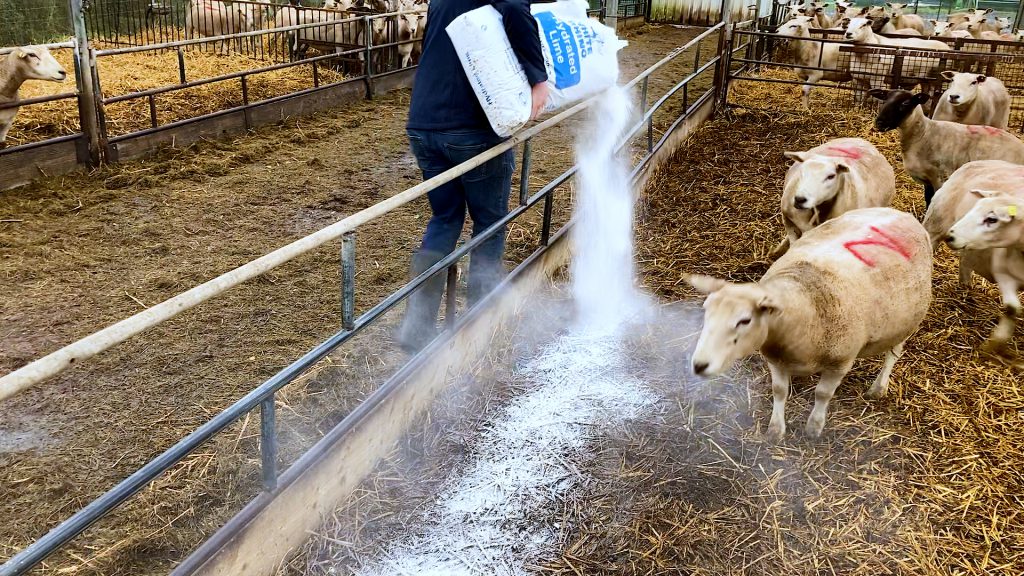 Brendan said that performance recording is carried out at lambing time and that it helps later in the year when making culling decisions.

He explained: “We would be quite strict when it comes to culling. We keep records at lambing time. For example, we take note of any ewes that were lame, prolapsing, had a tough lambing or had mastitis issues.

Any ewes we have problems with we cull and we don’t breed from any of their ewe lambs. It’s the only way of improving the productivity and profitability of the flock. 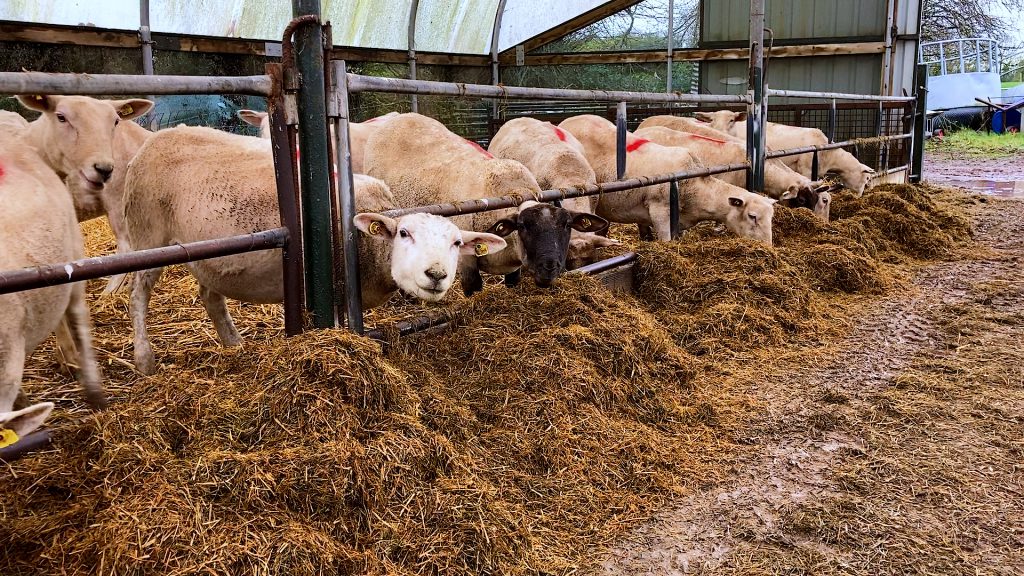