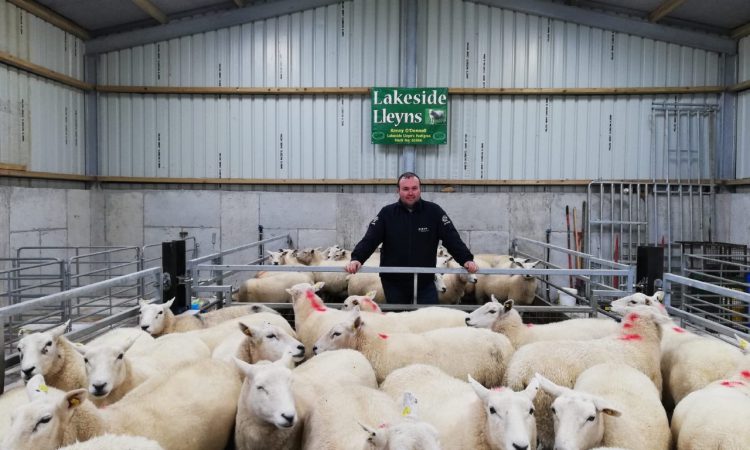 Kenny O’Donnell is a sheep farmer from Belmullet, Co. Mayo, where he operates a flock of pedigree Lleyn ewes.

The Mayo native also runs a flock of Blackface Mountain ewes, in what can only be described as land suitable for hill lamb production.

However, this is not the case for Kenny, who decided back in 2012 to set up a flock of pedigree Lleyn ewes that go by the name of Lakeside Lleyn’s.

‘It is a constant fight with the land and weather to breed this stock, but it is working and I am determined to continue to produce good-quality animals.”

Before the move to pedigree breeding, Kenny ran a commercial flock of mule and crossbred ewes.

In 2012, Kenny made the decision to move from breeding commercial ewes to pedigree animals.

Up until then, he kept a flock of 200 head of mule ewes. However, the workload increased; ewes were becoming harder to lamb; and the costs of running the flock were rising.

“I used to keep Suffolk and Texel-type ewes and I found them hard to lamb and, to be quite honest, they did not suit the land that we have here.

“I also kept a few Charollais ewes and they were quite easy to lamb, but they were very bare in the wool and it can get quite cold here in the winter.”

“Eventually, I came across these Lleyn ewes and I started off commercially with them. Over time, I found them to be well suited to the land and I began to breed them as pedigrees.”

Kenny is the only registered pedigree breeder of Lleyn ewes in this region and this led him to believe there would be a market for them.

Over the past seven years, he has built up the flock gradually to where it is today. He currently has 80 ewes on the farm.

Kenny believes the Lleyn breed has a number of excellent characteristics.

The move to pedigree breeding did not let Kenny get away from his roots and he continued on his family’s tradition of keeping a hill flock.

The Blackface Mountain ewe is the most common breed of sheep found in this part of Ireland. 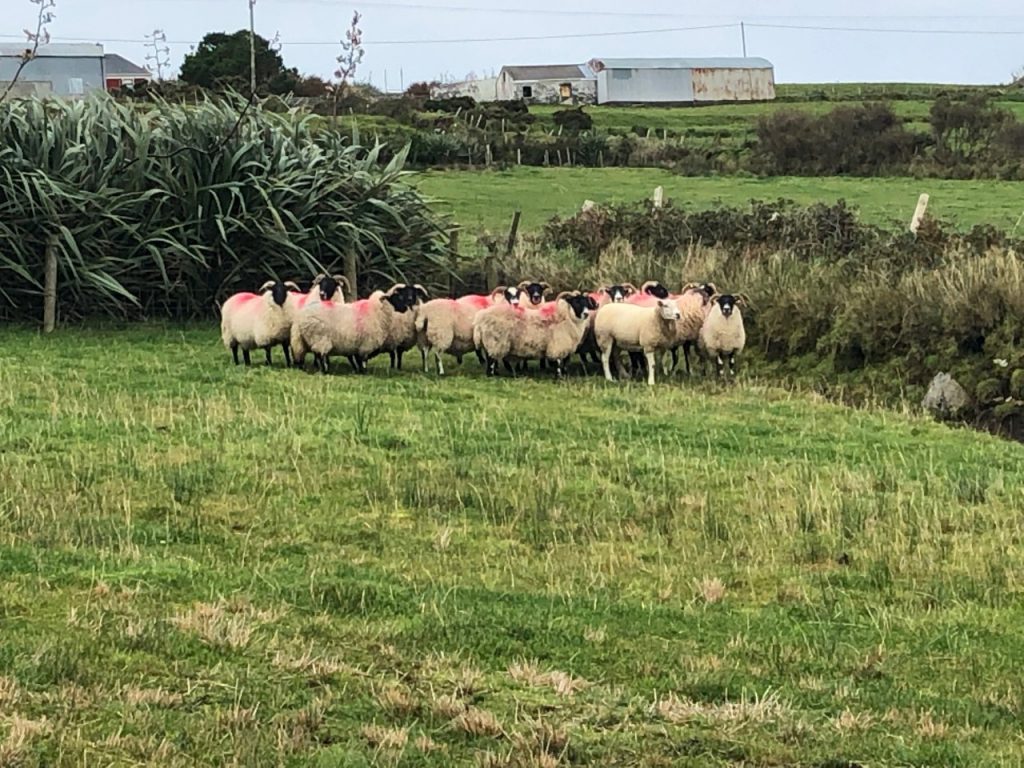 “The hill flock graze the commonage area and are only down on the lowland for the breeding and lambing season.

“I let them do their own thing really; they look after themselves. I would keep between 10% and 15% of the ewe lambs as replacements.

“The reason for this is I want to keep ewes that know the hill and that are used to knowing where they are supposed to be grazing up in the mountain.”

The farm operates a mid-season lambing period, with all the ram lambs killed by the following autumn.

Kenny has a closed flock, with rams only being purchased at sales in Ireland and the UK. The reason for this is to reduce the risk of disease, but also to cut costs and breed good-quality replacements from within the flock. 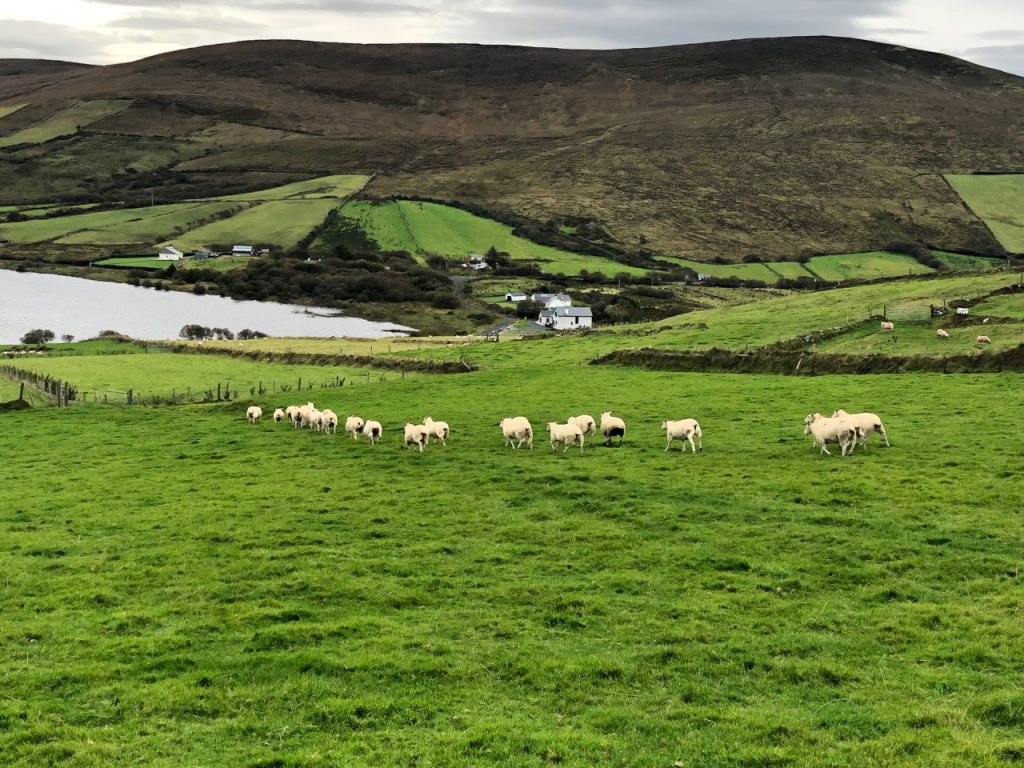 The breeding season is fast approaching for Kenny, with rams set to be turned out to the ewes on October 20.

Rams have received their ‘NCT’. Key areas such as: body condition score (BCS); feet; testicles; and teeth were checked.

There are two pedigree Lleyn rams and one Blackface Mountain ram on the farm.

“The plan is for the rams to stay with the ewe lambs for about 12 days and with the ewes for two cycles.

“After this, any ewes that are not in lamb are culled. I do not believe in letting rams stay out with ewes for two months because you will only end up with a longer lambing season.

The pedigree ewes are lambed down in the shed, with the hill flock lambed outside on the lowland pastures.

For both flocks, Kenny keeps the top 15% of ewe lambs to breed as replacements and he culls roughly the same percentage of ewes.

The lambing season is spread over a three-week period, with all of the ewes lambed down by the first week in April.

This year, Kenny was happy with his crop of lambs. Ewes were scanning 1.9 and weaning 1.8 lambs per ewe joined.

“I put the prolificacy down to the breed but I also like to think that I am doing a few things right as well.

“Furthermore, I am ruthless when it comes to culling and I think this is helping me achieve a prolific flock.

“I take note of any ewes producing single lambs and if they do that consistently for two or three years, then they are culled.

“The flock is quite young and the oldest ewe I have is five-years-old. The only reason I kept her this year is because she has consistently produced two lambs every year.

“85% of this year’s ram lambs were finished off grass only and were slaughtered in Dawn Meats, Ballyhaunis, Co. Mayo.

“The rest were sold as stores, mainly because the trade was good this year and I said I would take advantage of it.”

Competing with other Lleyn breeders

Over the last few years, Kenny has sold many of his ewe lambs privately and says that buyers are happy with the stock he is producing.

“It is difficult competing with a farmer for example in Co. Offaly who can lie out in their land in the middle of January because it is so much drier compared to what we have here in Belmullet.

“However, I have a lot of return customers and it shows I am doing something right. 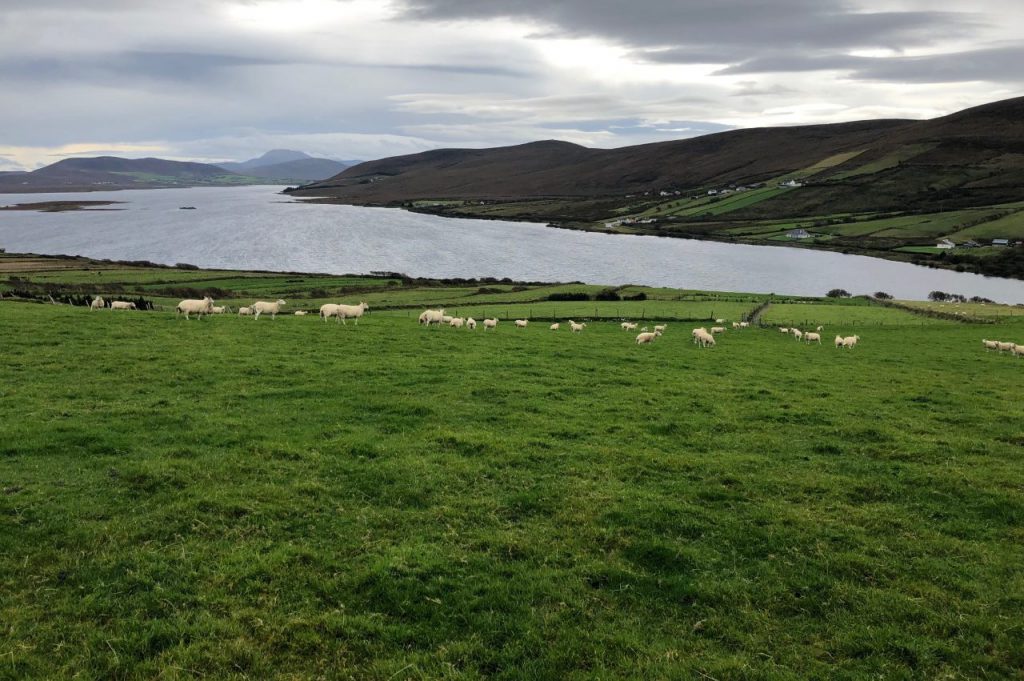 “It is a constant battle keeping the rushes away and the grass up.

“The land around here is very acidic and I regularly get the soil tested. The soil is low in potassium (K) and phosphorus (P), so I am regularly spreading lime to keep on top of it.

I do simple things such as strip grazing the fields and allowing the lambs to go ahead of the ewes for between seven and nine days.

“This gives them access to fresh grass and makes the weaning process less stressful for them and the ewes.

“Furthermore, I carry out a faecal egg test regularly. This has significantly reduced my costs as I am only dosing when I need to.

“All of these small things combined, I feel, are making me more competitive with other breeders and is giving me the chance to make a living from it.”

Keeping the foxes away

Every year, Kenny has trouble with foxes lurking around the farm and killing his lambs.

“Up to a few years ago, the mortality was quite high and I was struggling to keep the foxes away.

“After talking to a few people and doing some research I came across alpacas and how they can protect sheep from being attacked by foxes. 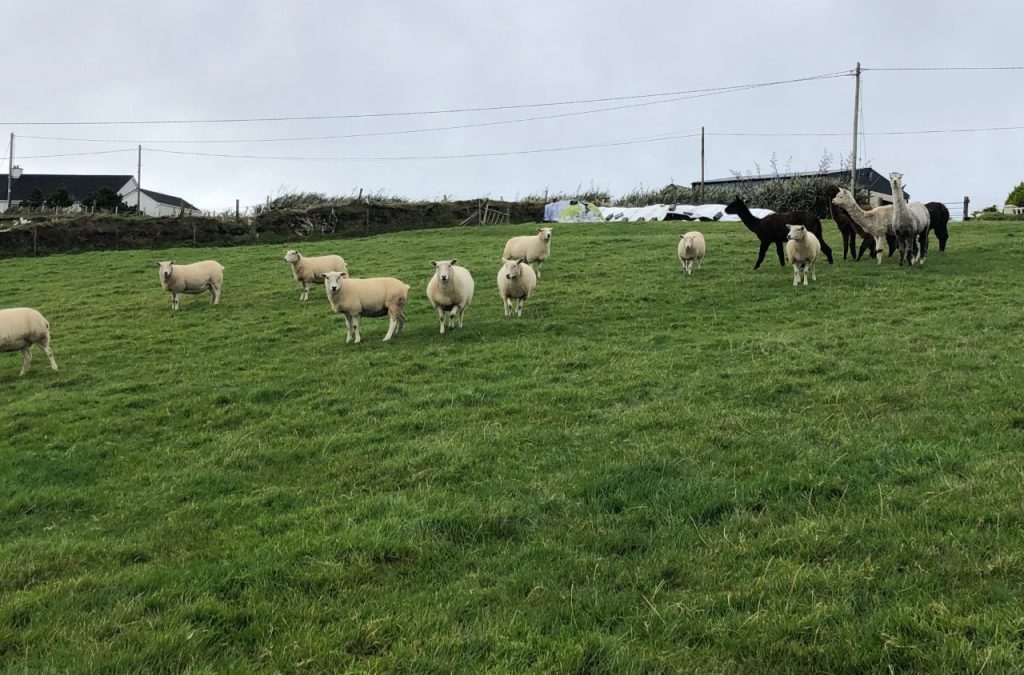 “I initially bought two and now I have six females and one stud male. I am breeding them for the alpaca market. I don’t need this many but they have been a great help and the mortality rates have dropped immensely.

“If they spot a fox they make this unusual sound which scares them off. Moreover, if the foxes do corner the sheep the alpacas form a circle around them to protect them.

“I have noticed when I get up early in the morning that the alpacas would be on the opposite side of the field from the sheep keeping an eye for any predators.

“I feel the Lleyn breed doesn’t get the recognition it deserves. I am very happy with how they have performed for me.

The transition from the commercial to the pedigree flock was tough and it took three years before I saw any returns from it.

“However, I can fully justify it now and the plan is now to form a west of Ireland Lleyn group to promote the breed and also to put on more sales throughout the year.

“Currently, there are only three and to be quite honest we need more,” Kenny concluded. 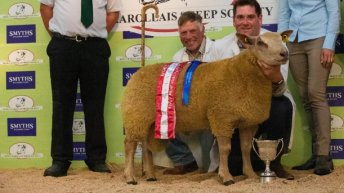