A spokesperson for Cheffins explained: “This ‘short-nose’ version of the 1474 is an immaculate tractor, showing just 5,967 hours and having been restored to an extremely high standard by B J Craig in 2015. 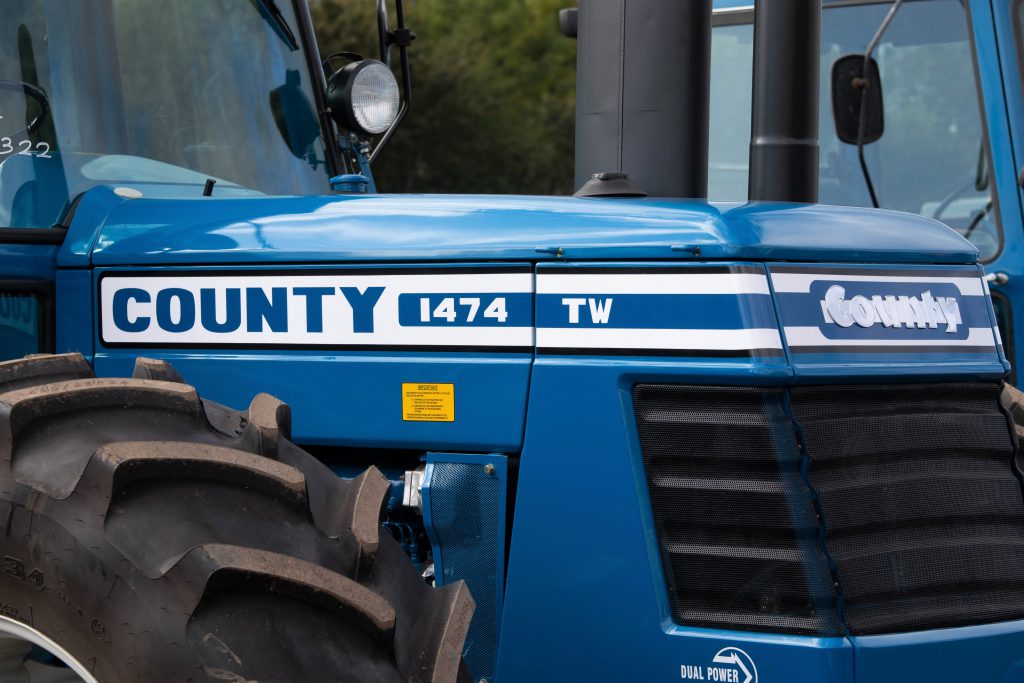 “Equipped with Dual Power, it stands on 460/85R34 Firestone Performer 85 tyres all round. It’s a superb, but also rare, machine that would grace any collection.” 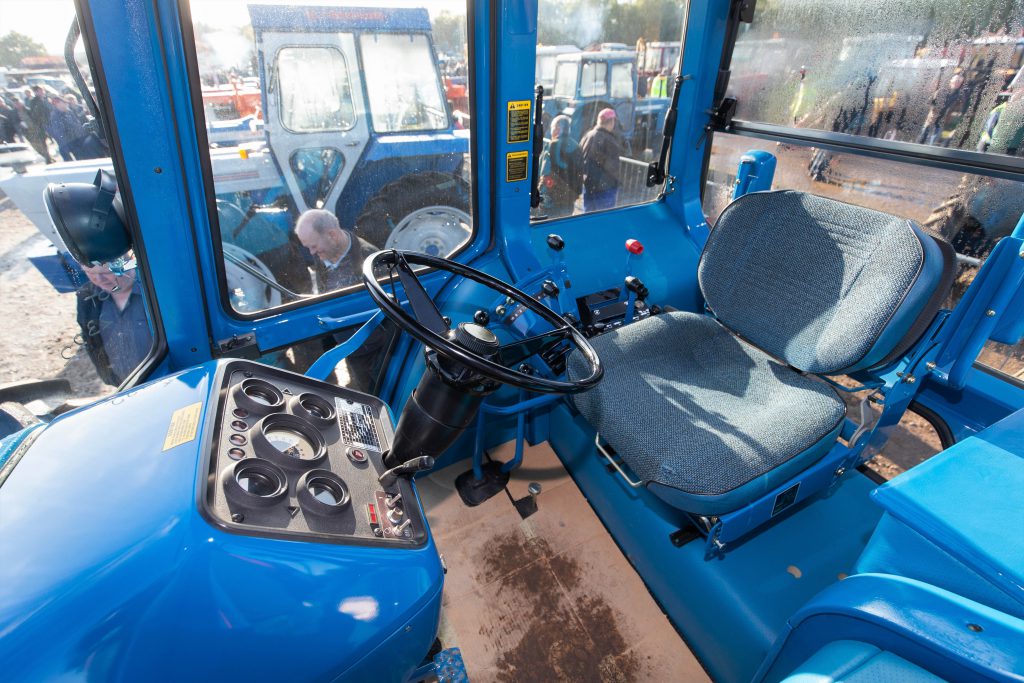 Following some rather brisk bidding, it sold for the aforementioned figure of £94,000 (no VAT; plus 6% buyer’s commission). 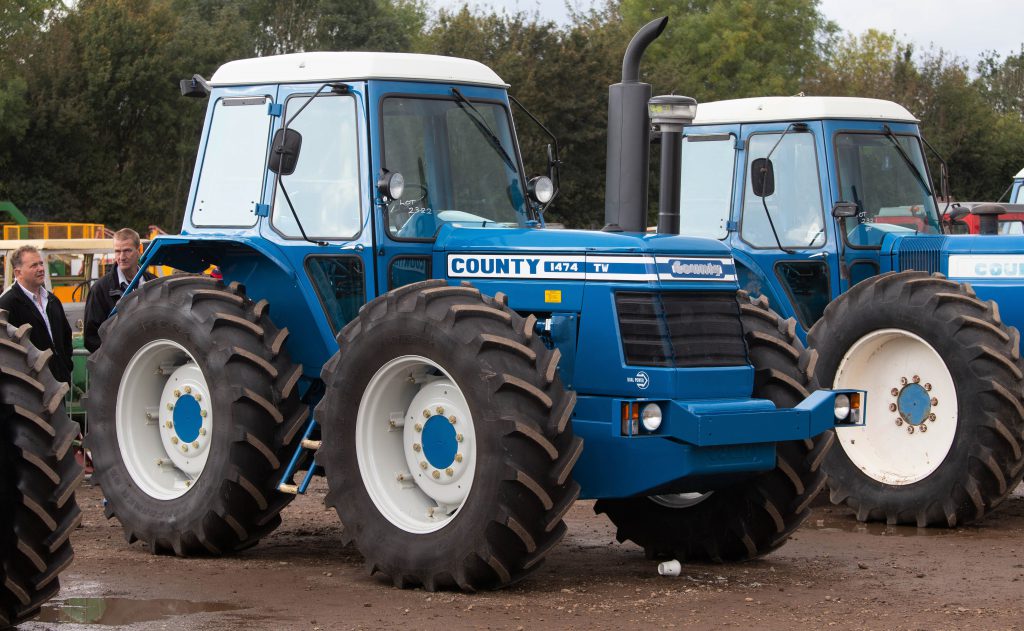 The spokesperson added: “The ‘short-nose’ version of the 1474 was developed by the original firm of County Commercial Cars Ltd, based at Fleet in Hampshire [England].

“Launched at the 1978 Smithfield Show, it used the Ford 9700 skid-unit with a 153hp turbocharged version of the 401S engine. Within a year, the 1474 was up-rated to TW-20 specification with a larger flywheel, an oil-cooler and a new twin-entry turbocharger.

“It was fitted with the ‘F-type’ flat-deck version of Ford’s straddle Q-cab.”

Few were sold on the home [UK] market. It is believed that the original company, which went into receivership in February 1983, built less than 40.

“After the company was reformed under David Gittins’s ownership as County Tractors Ltd, the 1474 was revamped to take advantage of the new Ford TW-25 skid-unit – launched in March 1983 – which upped the power to 163hp.

“At the same time, the model was re-styled to match its more powerful 1884 sibling with the same ‘long-nose’ bonnet hiding the oil-cooler and a larger fuel tank.”

Auction report: £132,000 (plus VAT and commission) for County tractor - bought by an Irish man