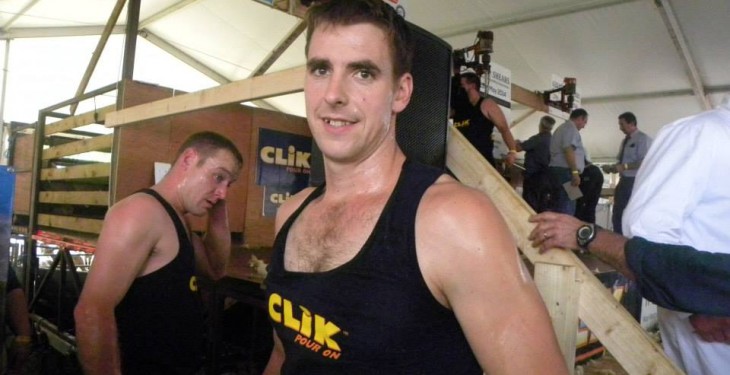 Donegal man Ivan Scott, 32, has spent almost half his life shearing and travelling the globe, he tells AgriLand at the National Ploughing Championships about the competitive world of sheep shearing.

“I came from a farm with sheep and dairy cows and really just wanted to be able to shear the sheep myself, really got into it and started doing a bit of contracting and it went from there” said Ivan.

However the shearing opportunities of Letterkenny proved too restrictive for Ivan who then headed to New Zealand at the tender age of 20. From here he has travelled between there and Australia whilst also including shearing competitions in Switzerland. “After seven years out there I got my first world record shearing 736 in 2008 and in 2011 I got 744,” detailed the proud Donegal native.

Sheep-shearing records are not decided at events, Ivan explained that if a contestant decides to go for the world record a year of training and finding the right sheep is necessary to reach world-record status and some records can stand for up to 12 years.

The training process is hard work and involves a full body workout. “I’d be shearing all day for about nine hours, I might also hit the gym and do some weights or rowing and then even a bit of running for overall fitness, its madness,” said Ivan.

Ivan is in demand around the world for his shearing skills. “There are about 10 countries in the world where I can go and basically get a job right away; right now I’m splitting my time between Ireland, New Zealand and Switzerland.”

Ivan claimed the All-Ireland Lamb Shears competition and surprisingly it’s his first time at the National Ploughing Championships as in the past he was in New Zealand.

The World Sheep Shearing Compeition is on next year and according to Ivan the pressure is already mounting. “I’m captain of the Irish Shearing Team so there’ll be some serious work to do over the next few months,” said Ivan.