Ploughing set to exceed 200,000 for the first time ever 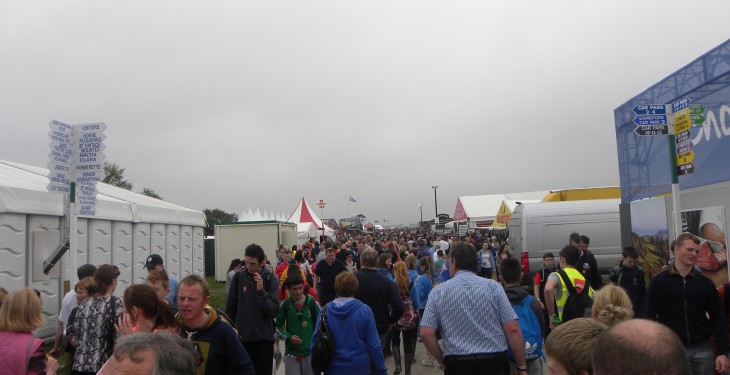 Day two of the National Ploughing Championships saw larger than anticipated numbers descending on the 800-acre site in Ratheniska, Co Laois with more than 90,000 passing through the turnstiles.

Speaking to the press, organiser Anna Marie McHugh confirmed the record-breaking Wednesday attendance was the highest in the Ploughing’s 81-year history. “It has been the best record attendance on record,” she said, noting during the Ploughing competitions itself the crowds were four rows deep of people watching all the action.

Also speaking, its managing director Anna May McHugh described the atmosphere as “electric”. She paid tribute to all the events, from the fashion shows to livestock, to the world-class ploughing competitors and the all-Ireland sheep-shearing competitions among others.

She also paid tribute to all the politicians, of which there were many, for their visits throughout the day, Agriculture Minister Simon Coveney, Health Minister Dr James O’Reilly and former President Mary McAleese among others.

According to the organisers, attendance at the Ploughing this year is now set to exceed 200,000 for the first time ever.