Heifer rearing programme is a real hit with dairy farmers 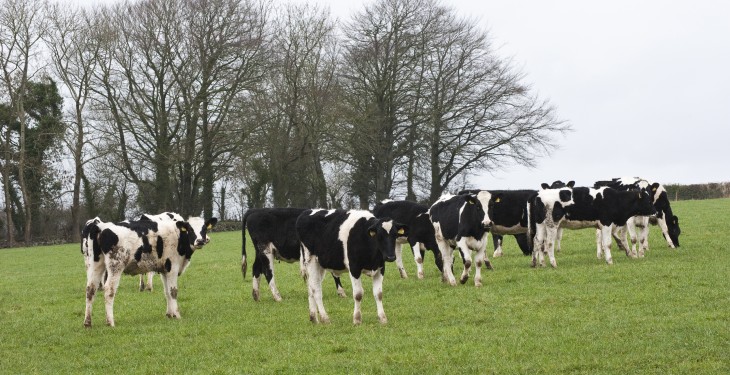 Gain Feeds’ Rob O’Keeffe has told AgriLand that the company’s heifer-rearing programme, launched earlier this year, is fast becoming the accepted industry standard for the management of dairy herd replacements through to their first calving at a target age of 24 months.

Speaking at the National Ploughing Championships, he added: “The programme constitutes an easy-to-follow, step-by-step guide, detailing the growth targets that must be obtained with replacement heifers and how they can be most effectively achieved.

“The reward for those farmers committed to the initiative is the attainment of optimal first calving dates and the production of elite replacement heifers that will milk on for a long number of lactations.

“In purely financial terms all of this constitutes a win:win scenario for dairy producers. Less money is tied up in bringing heifers through to calving age while the heifers that are reared in line with the programme’s guidelines will produce more milk, more profitably throughout their lifetimes!”

Allen Smyth, was one of the many dairy farmers to visit this year’s Ploughing. He milks 100 Holstein Friesian cows, along with his father George, near the village of Windgap in Co Kilkenny. The herd, which is split 60:40 into spring and autumn calving groups, is currently averaging 1,200 gallons at 4.15 per cent butterfat and 3.67 per cent protein. There is scope to increase milk output on the farm.

“We are effectively running a two herd system. What starts out as a Spring calver will remain so throughout her life and the same principle holds for the Autumn calving group,” Allen told Agriland.

“As a result, seasonal calving is the name of the game across both groups, which makes the attainment of a 24-month calving date so important with all our heifers.”

He continued: “We invested in a Lely Calm computerised calf feeding system a number of years ago. It is programmed to wean our calves at 77 days of age. What the new heifer rearing programme has brought home to us so effectively is the need to offer concentrates at a very early age.

“This, in turn, encourages rumen development, which is so important in determining a young animal’s ability to grow and develop. We have also found that it is much more cost effective to encourage the growth of our younger heifers, by feeding them more meal, rather than play catch up when they are older.”