Milk prices across the EU increased in September for the fist time in 14 months according to latest figures from the Milk Market Observatory (MMO).

However, its initial estimate for October suggests prices will fall back again coinciding with general dairy market weakness seen in the last month.

The MMO figures show that in September milk prices across Europe increased by 0.6% with an average milk price of 29.91c/L paid. According to the figures, the average price paid for milk in Ireland 29.13c/L.

The Irish figures were some 14% lower than the milk prices paid by processors in the same month last year. 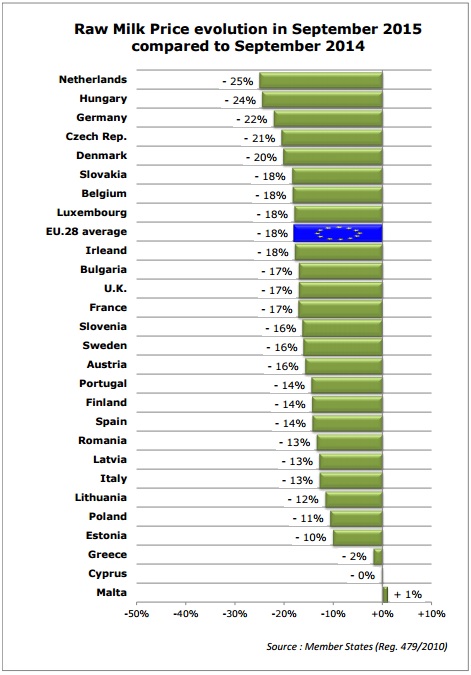 Despite the rise across the EU in September, the MMO latest estimates show milk prices in October falling back again. It estimates that the average EU milk price in September will be 29.69c/L a fall of 0.7% on September.

The MMO also estimate that Irish prices will fall 1c/L in October to 28.91c/L.

Latest figures also continue to show Ireland setting the pace in terms of milk production in the EU.

The MMO says EU milk deliveries since the start of the year are running 1.3% ahead of 2014. 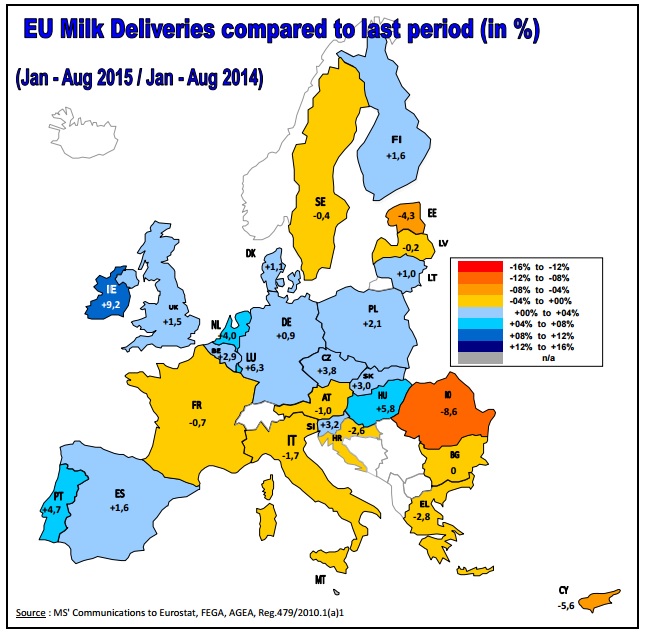