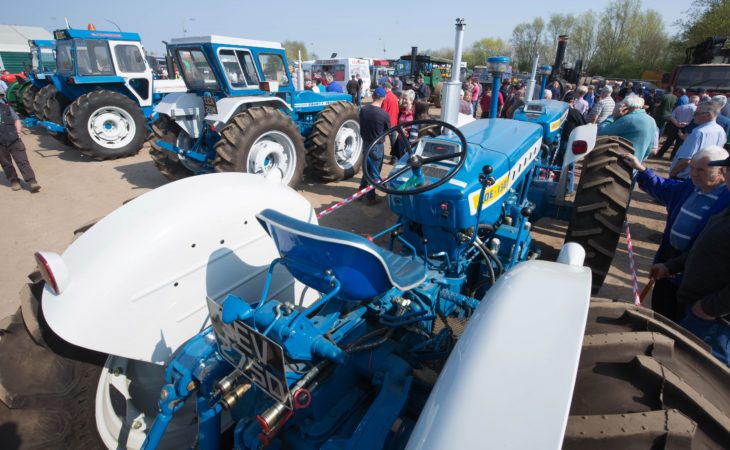 We’ve already brought you a plethora of pictures and accompanying prices from this sale.

Among the more expensive lots to go under the hammer was this 1966 Doe-130 ‘Tandem Tractor’ (pictured below and above). 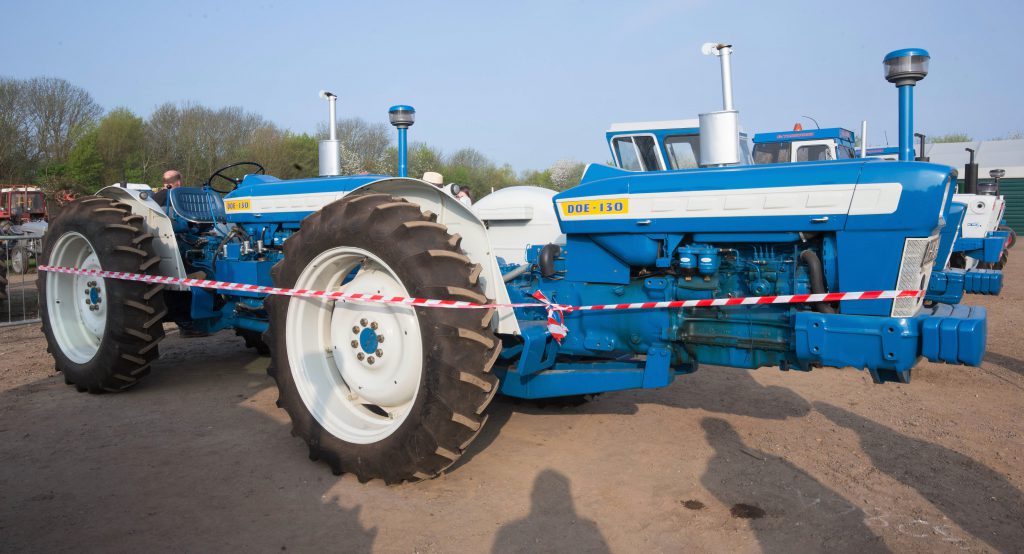 Much is known and admired about Doe tractors; their rather unusual configuration always draws a crowd.

The Doe’s true purpose was horsepower. The Doe-130 was built using two Ford 5000 6X skid-units. It was a direct replacement for the Triple-D (Doe Dual Drive), which was manufactured using two E1A Major skid-units.

Only 170 Doe-130 units were produced; many were broken up in the mid-1980s, after which their skid-units were sent for export.

D606 has changed hands only a couple of times in its life. The current vendor purchased it in 1998. In 2007, he decided to have the tractor fully refurbished, so it was sent to professional tractor restorer Ben Craig who undertook a three-year project.

Over £40,000 was apparently spent on the tractor; it was finished to a “very high” standard. Showing 5,243 (front) and 5,702 (rear) hours, the original logbook was offered with the tractor on Saturday.

At Saturday’s auction, the tractor fetched a very significant £69,500 (plus VAT).

Below is a selection of pictures from Saturday’s sale; all of these shots were snapped by Tim Scrivener. 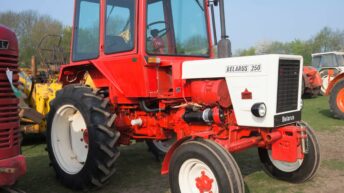 Auction report: Hammer drops on ‘classics’ – both mainstream and rare