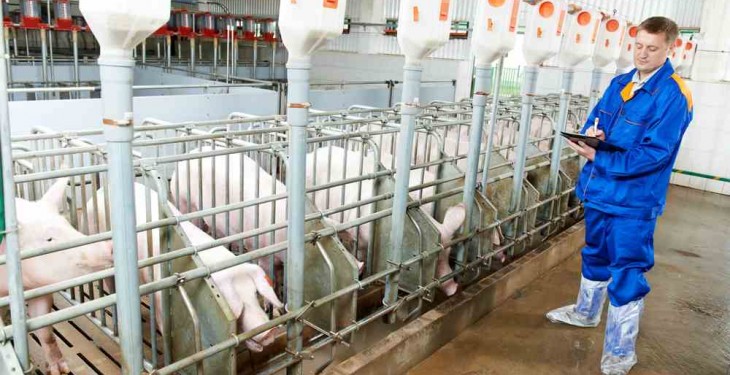 Russia has stopped imports of pork and pig meat from EU countries, including Ireland, following an outbreak of African swine fever virus in Lithuania.

Discussions are now ongoing today between EU officials and the Russian Federation.

In 2013 exports of Irish pigmeat to markets outside of the EU grew by seven per cent to 65,000 tonnes. This trade was valued at an estimated €125m. Higher sales to Russia led to this increase. Russia was driven by a strong demand for legs, the absence of US and Canadian pork and the increased number of Irish plants approved.

According to EU Health Commissioner, Tonio Borg, in a statement today, the Lithuania authorities immediately applied all restrictions required by EU legislation.

“The Commission has deployed since Monday 28 January, a team of veterinary experts to assist and advise the Lithuanian authorities. This team has been joined by Russian and Belarussian experts and experts from the World Organisation for Animal Health.  It appears that the virus in Lithuania originates from neighbouring non-EU countries where the disease was not contained.”

He said at the same time, the Commission has been in constant contact with the Russian authorities, where they have proposed to exclude the infected area of the EU from certification of exports of live pigs and pork to Russia.

“But Russia is not ready to accept,” the commissioner said, describing the ban by Russia as “excessive”.

“Yesterday, the Russian authorities were again given assurances on the effectiveness of EU measures and provided with evidence indicating that the disease is confined to the southern part of Lithuania.”

He stressed the measures taken by the EU authorities correspond to international standards. “I call again upon the Russian authorities to take into account all the evidence presented to them, including the results of the on the spot inspections. I will today resubmit our proposal on regionalisation.

“I deeply regret that our Russian partners are effectively banning exports even from EU member states, which are clearly not affected by the incident. The Commission reiterates that in view of the reassurances provided, such a ban is disproportionate,” he added.