A member of the Rural Independent Group has announced that he will not seek to be re-elected in the coming election.

Speaking on Drivetime on RTÉ Radio 1 yesterday, Monday, January 14, Clare independent TD Michael Harty, said that he would not be seeking re-election, adding that he found his time in the Dàil “frustrating”.

Harty is a GP by trade, and was elected for the first time at the last election in 2016. However, he has not been able to find a locum physician to work in his place at his GP practice in Kilmihil in the west of the county.

I found it a very frustrating place to work.

Harty was critical of the authorities in the Government’s health portfolios.

“In the Dáil, I found it very frustrating that we had people who were in positions of power who were unwilling to listen to front-line staff who deliver a service,” Harty commented, speaking about the health service.

The 2020 election is expected to be announced this week, with Leo Varadkar set to talk to his cabinet this morning, in what is likely to be the final cabinet meeting before an election is called. 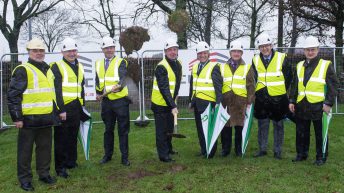