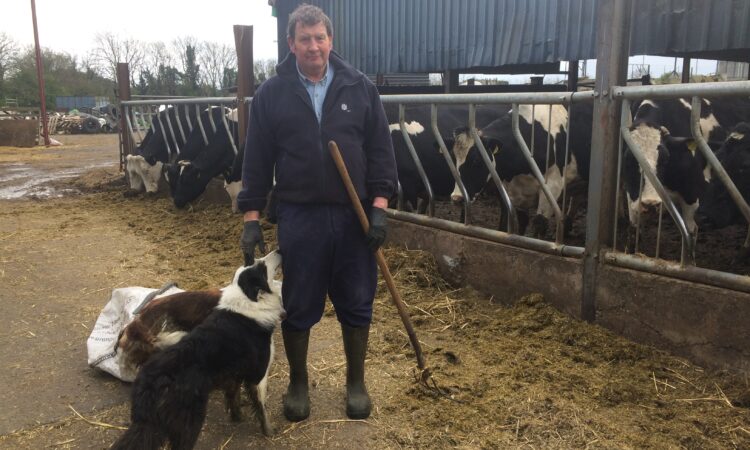 A dairy and beef farmer who lives and works close to the new Dublin Airport runway granted planning permission under An Bord Pleanala appeal, said he is being left in ‘no man’s land’.

Jim Scully, who farms 75ac of owned land along with a further 200ac of rented land, claimed that the land his late father bought at Kilreesk in 1960 will be left in a state of dereliction when the new €320m runway is in place.

Farming alongside his brother John and daughter Aine, Jim maintained they hadn’t been offered anything as farmers whose livelihoods would be affected, despite Irish Farmers’ Association (IFA) intervention on their behalf.

The Scullys live just under 1km from the new runway site. “As local residents, we objected to the runway and the council turned down planning permission but An Bord Pleanala went on to grant planning permission, with conditions,” Jim said. 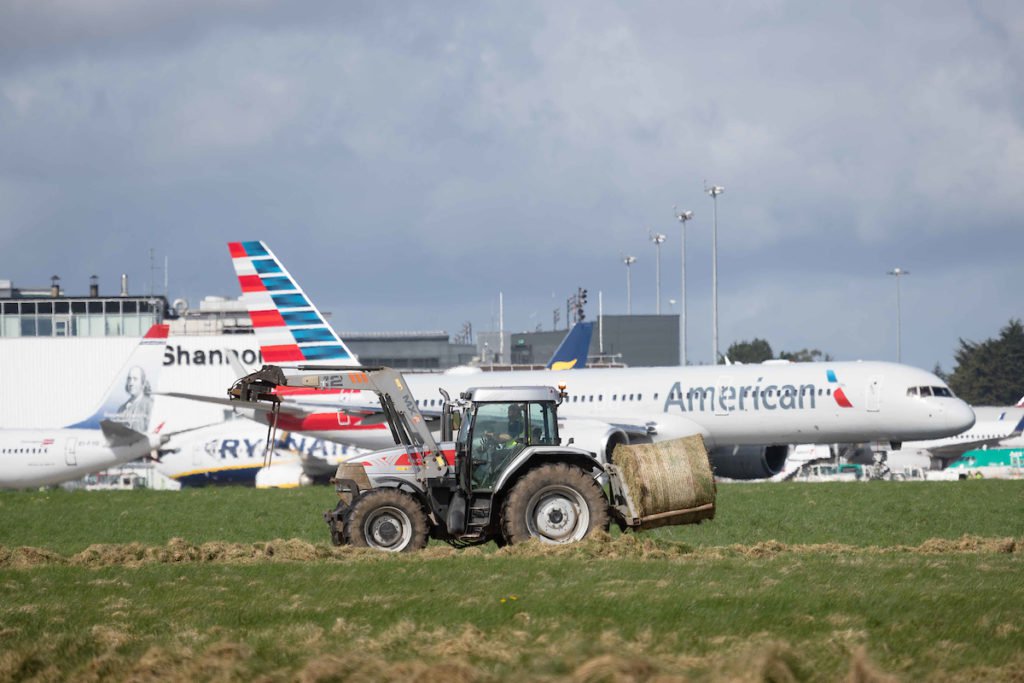 “The conditions included a voluntary buyout of houses that were directly affected.

“As a dairy farmer, I can’t move so the buyout scheme is no good to me and the prices being offered are unrealistic anyway.

“The daa has offered 30% above the market value of the house but there is a huge variation between the residents’ valuers and the daa’s valuers on price – up to 50% – and there is absolutely no room to manoeuvre,” Jim contended.

Their response has been that if they were to offer me anything outside the house scheme and insulation, they would be setting a precedent. I’m the only farmer living and working on land directly affected. The other landowners are in tillage and are not living on the land.

“It is a no-win situation. If other residents move out, we will be left with dereliction in no man’s land. There are also health implications associated with living under a runway to do with noise and emissions,” Jim said.

“Our local GAA club has been decimated because young people have been forced to move out of the area because it hasn’t been possible to build here. My daughter can’t build a house here and with dairy farming, you have to keep investing. There is talk about a road going through the farm,” he contended. 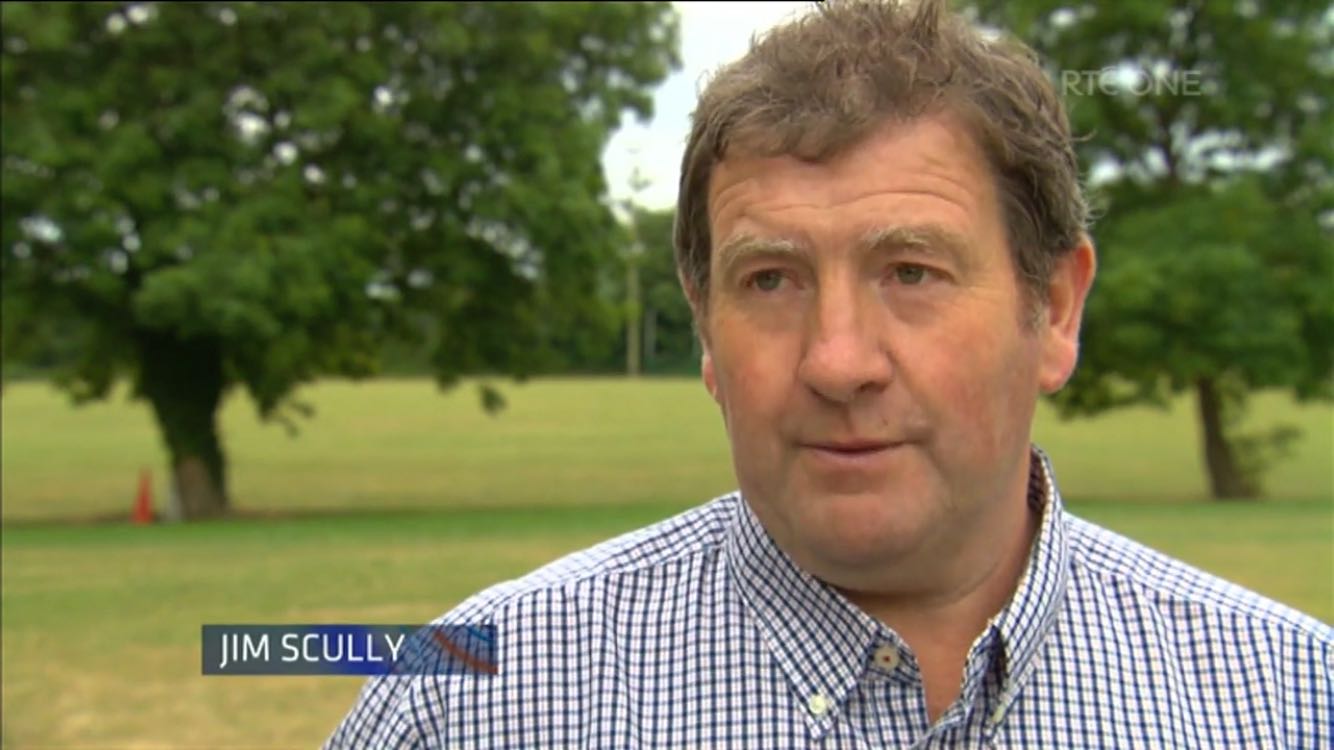 “There is also talk about a third terminal and a cargo terminal. It’s been mentioned that Dublin could be a European hub but that will not benefit the Irish economy,” Jim said.

“We are trapped – we can’t move. The residents have tried every avenue. The High Court rejected our appeal and we have spent thousands on legal fees.”

A daa spokeswoman said that Dublin Airport’s new runway has been planned for since the 1960s and has featured in subsequent county development plans. “The planning application for the north runway was submitted in December 2004 and approval was received in 2007.

“The project was put on hold during the economic downturn and following sustained recovery. In April 2016, daa announced that it was proceeding with the north runway.

Construction of the north runway will take about two years followed by a nine-month commissioning period. The project, which is being wholly funded by daa, will cost €320 million and includes provision for community mitigation measures such as the voluntary house purchase and residential insulation schemes.

“We have had extensive written and verbal communication and engagement with Mr. Scully going back as far as 2008. He has also met members of our community liaison and north runway stakeholder teams on numerous occasions, both on an individual and group basis,” said the spokeswoman.

“Mr. Scully, together with three representatives from the IFA, met daa chief executive Dalton Philips and our community liaison manager Maura Cassidy on October 1, 2018, so it is not correct to say that there has been no engagement with Mr. Scully or the IFA,” she said.

“Mr. Scully is one of 38 residents whose properties are eligible for participation in the north runway’s voluntary dwelling purchase scheme. This scheme is one of 31 planning conditions set down by An Bord Pleanala as part of the planning permission for the runway.

“daa has offered to buy 38 houses, compared to just five dwellings that are within the actual eligibility noise contour set out within the planning condition. That means that daa is offering to buy almost eight times more houses than required by planning.

The voluntary dwelling purchase scheme applies to residential dwellings only and does not cover commercial nor farm properties. In line with planning permission, the scheme was submitted to Fingal County Council, independently assessed, and then approved before the project commenced. The scheme will remain open for applications for three years after the north runway becomes operational.

There are no compulsory purchases associated with the north runway, and participation in the voluntary dwelling purchase scheme is completely voluntary, the spokeswoman said. “daa is offering to purchase eligible dwellings with a 30% premium on current market values. Houses are being valued as if the north runway was not being built.

“Eligible homeowners can have their own valuations undertaken at daa’s cost, and daa will also provide generous allowances in relation to conveyancing fees, tax advice, stamp duty and moving costs. If the difference between daa’s and the homeowner’s valuation is 5% or less, daa will split the difference.

“If there is a wider gap between the two, the participant may opt for an independent valuation by an expert nominated by the Society of Chartered Surveyors of Ireland; daa will make a revised offer based on that valuation.

“daa’s voluntary dwelling purchase scheme compares very favourably to those at other airports, such as Heathrow and Gatwick in the UK,” the spokeswoman said.

“It should be noted that Mr. Scully, along with other eligible house purchase residents, may also participate in the north runway’s voluntary residential noise insulation scheme. Participants have the option to have insulation works undertaken and still retain their right to later sell their upgraded house, should they so wish.

“Taking the north runway’s scheme and Dublin Airport’s insulation programme together means that over 200 local houses are eligible for free insulation – three times more properties than daa is conditioned under planning to insulate.

“daa is a prescribed body under the Planning and Development Regulations 2001 [as amended]. Fingal County Council’s Inner Noise Zone (INZ) covers areas in close proximity to Dublin Airport, within which development is resisted,” said the spokeswoman.

“This is supported at all levels of planning policy and is reflected in the National Planning Framework, in the draft regional spatial and economic strategy for the eastern and midland region, and in the Fingal Development Plan 2017. Development within the INZ would contravene specific policies set out in these strategic documents and undermine decades of careful land use management of areas around Dublin Airport.”

In addition, the daa spokeswoman said that the International Civil Aviation Organisation’s balanced approach advises that land use planning and management should limit or reduce the number of people affected by significant aircraft noise and adopt measures to reduce areas of sensitive land use.

“In the case of developments proposed in Fingal County Council’s Outer Noise Zone (ONZ), daa, as a prescribed consultee, submits observations to the local planning authority regarding necessary mitigation measures which should be applied to the development.

“daa representatives have met Mr. Scully many times and are happy to do again. Our door is always open to meet and listen to our neighbours,” the spokeswoman said.

“As his house falls within the 69db contour, his dwelling falls into the voluntary house buyout scheme and the insulation scheme. The scheme remains open for three years after the north runway becomes operational and Mr. Scully can opt in at any time.” 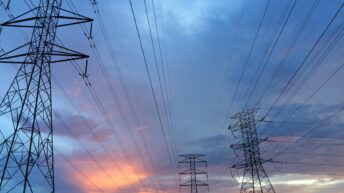