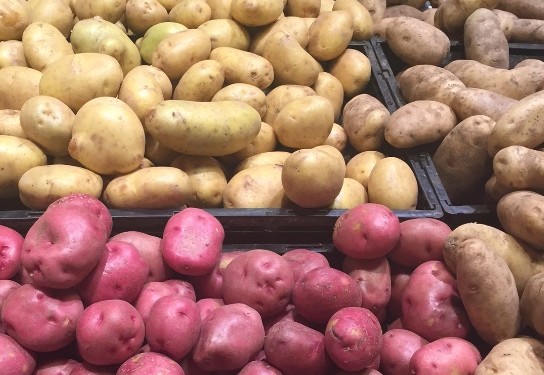 “That’s up €150 on this time last year. Chipping varieties, such as Maris Piper, are also securing good prices. In our own case, we are getting between €280 and €340 for good quality samples. Tuber quality is also good across the board.”

Doyle confirmed that the harvest is considerably later this year than would have been the case in 2014.

“The growing season was extremely cool, which meant that it proved difficult for crops to fully mature within the normal time span. We won’t be digging Rooster for a few days yet. Very little Roster has been dug north of Dubln

“But yields have not been affected by this. We are currently digging up to 17t/ac of graded potatoes per acre, which is more than acceptable.”

Doyle attributed the hike in prices to the 13% fall in Ireland’s potato acreage this year.

“The equivalent reductions for the UK and mainland Europe are 7% and 4.5%. Drought in South East Europe and floods in the Netherlands will also serve to reduce European potato yields.

These trends should ensure that potato prices remain reasonably strong over the coming months. After the heavy losses incurred by potato farmers over the last number of years, producers need a good harvest and good prices now.

“Irish potato growers who put product in store over the last couple of years lost considerable sums of money in so doing. But, hopefully, this trend will be reversed where the 2015 crop is concerned.”

Dublin-based Kearney Potato Merchants confirmed that chipping varieties imported from the UK are between €40/t to €60/t more expensive than this time last year. A spokesman for the company said that prices are set to harden further over the coming weeks.