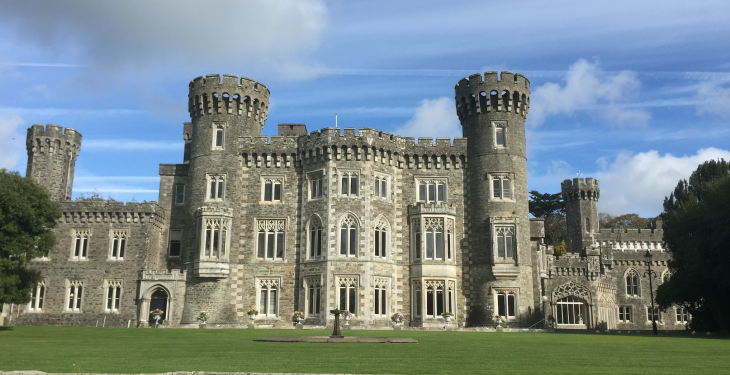 Johnstown Castle, the Teagasc-run estate and castle in Co. Wexford will be the beneficiary of a major investment in the coming years as €7.5m is invested in the site to turn it into a major tourist attraction.

The castle has been the property of the state since 1946, when it was donated by Captain Larkin.

The property has been under the stewardship of the Teagasc, on behalf of the state, and was the previous home of An Foras Taluntais, which later became Teagasc in 1988.

According to Professor Gerry Boyle, the Director of Teagasc, Johnstown Castle was a sight to behold when he first started his career in research.

Speaking at the launch of the rejuvenation plan, the Teagasc Director added that it was always his dream to work in a facility similar to Johnstown Castle.

However, despite this dream, the functionality of the building has changed over the years, with the environmental side of Teagasc’s research has moved out into new accommodation on the grounds of the Estate.

This move has occurred over the past 20 years, and the facility at present costs approximately €300,000 to upkeep on an annual basis, according to the Chairman of Teagasc Dr Noel Cawley.

This proposed redevelopment will see the castle and its gardens come under the joint stewardship of the Irish Heritage Trust, The Agricultural Museum and Teagasc.

Presently, Teagasc host a range of trials on the 1,000ac estate, which include a range of environmental, crops and dairy-based research.

The History of the Castle

The castle in its current form dates from the 19th century. However, a castle stood on the site since the late 12th century.

The Wexford Castle has been home to two prominent Wexford families. During the period of construction in the 19th century, it was owned by the Esmonde family.

The Esmondes were a Norman family who settled in the county in the 1170s. They constructed the tower houses at Johnstown and Rathlannon during the 15th or 16th century.

During the Cromwellian period of 1640s the estate was confiscated and changed hands several times before being acquired by John Grogan in 1692, whose descendents remained at Johnstown up until 1945.

By 1863 Johnstown Castle estate was at its peak of development and comprised of a large demesne of over 1,000 acres. It was divided in two with a deer park to the north, and the castle, pleasure grounds, home farm and two lakes (with a third lake under construction) to the south.

The Fitzgerald family were the last residents to live in the Wexford Castle until Lady Fitzgerald passed away in 1942.

Following her death, the estate compromising of over 1,000 acres passed to her grandson Captain Lakin who gifted it to the nation in 1945.

A €7.5m proposed development of Johnstown Castle in Co. Wexford was officially launched by the Minister for Public Expenditure and Reform, Brendan Howlin.

Teagasc, which own the Castle on behalf of the State, is partnering with the Irish Heritage Trust and the Irish Agricultural Museum, to undertake major conservation work on the Castle and to develop the heritage and tourism potential of the Castle and Gardens for the South East.