The final farm stop when AgriLand visited Texas earlier this year was to Steven Anderson – a Beefmaster cattle breeder – located in the Panhandle region.

On the day, Steven gave an Irish delegation a run of the system on the farm – from the Beefmaster breed itself to the breeding strategies on the farm to the management of the herd.

At the time of the visit, the farm was coming off the back of a 20-month drought, which saw his feed costs soar – something that Irish farmers will remember from the summer of 2018.

Steven runs a herd of 150 spring and autumn-calving registered Beefmaster cows alongside a number of Angus-cross cows which are used as recipients after embryo transfer. Interestingly, the farm is stocked at one cow per 30ac.

Beefmaster cattle were the first American composite breed (a combination of three or more breeds) and are made up of Brahman (50%), Hereford (25%) and Shorthorn (25%). 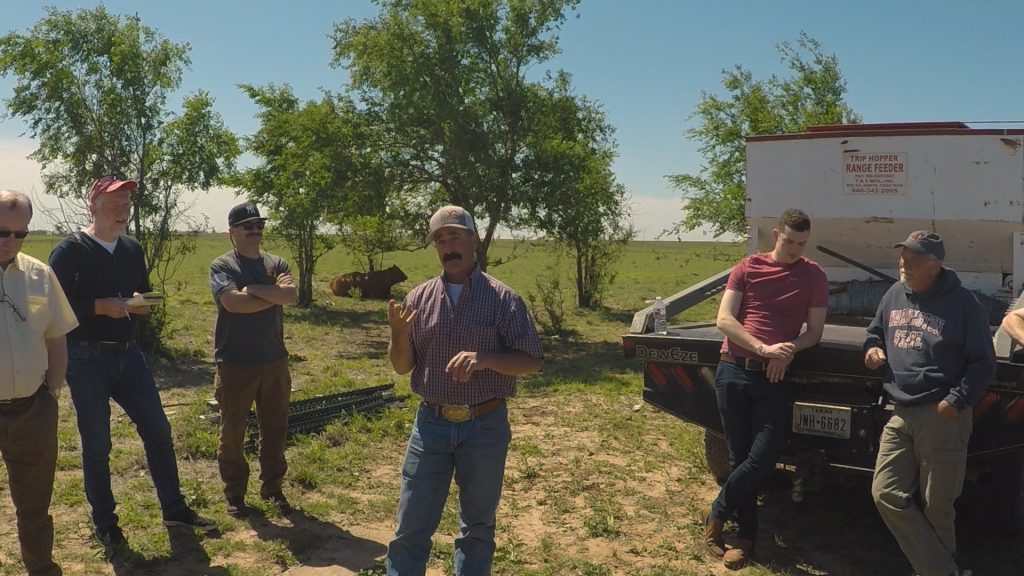 Every year, 12-15 Beefmaster cows are flushed which costs approximately $1,500/cow. However, Steven explained that conception rates can vary.

First recognised by the United States Department of Agriculture (USDA) in 1954, the breed is now one of the largest beef breeds in the US.

Steven noted that the breed is sometimes called a dual-purpose breed due to good-maternal traits – with good milk availability – coupled with good carcass and conformation traits.

They are also known as ‘drought masters’ as they can survive in extreme weather conditions – both hot and cold. Therefore, this breed is well suited to Steven’s farm during the drought.

The Beefmaster cows are very fertile and docile, and are generally light red to dark red in colour; they are also known for their easy-calving traits.

The majority of Steven’s herd calve unassisted; only two calves were pulled this spring. The herd is out for the majority of the year, so in winter they grow a “thick coat” which is then shed during the summer period. 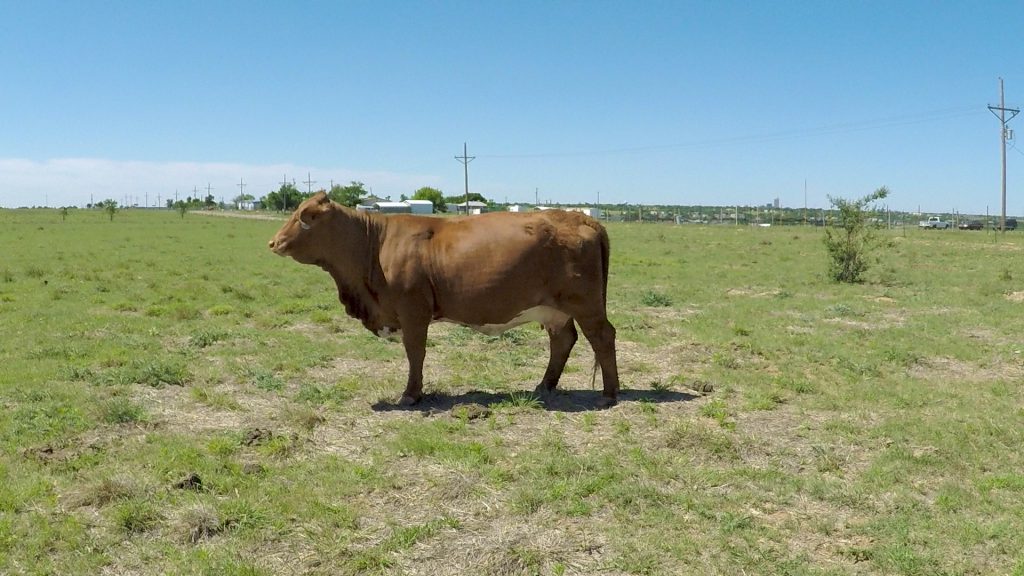 As already mentioned, the farm went through an extended drought which occurred over the last two years.

While the paddocks had ‘greened up’ in May, it was evident that there was a lack of rain for an extended period.

“Thankfully, I have had more rain in the last nine weeks than I had in 20 months combined; this is as green as I have seen it in May in 12 years – which is great,” Steven explained at the time.

During the drought, “protein cubes” were fed. These 32% pellets consist of corn, cotton seeds, molasses and minerals. The total cost of the drought came to approximately $10,000/month for a 20-month period and the pellets were fed at 5.5kg/head. 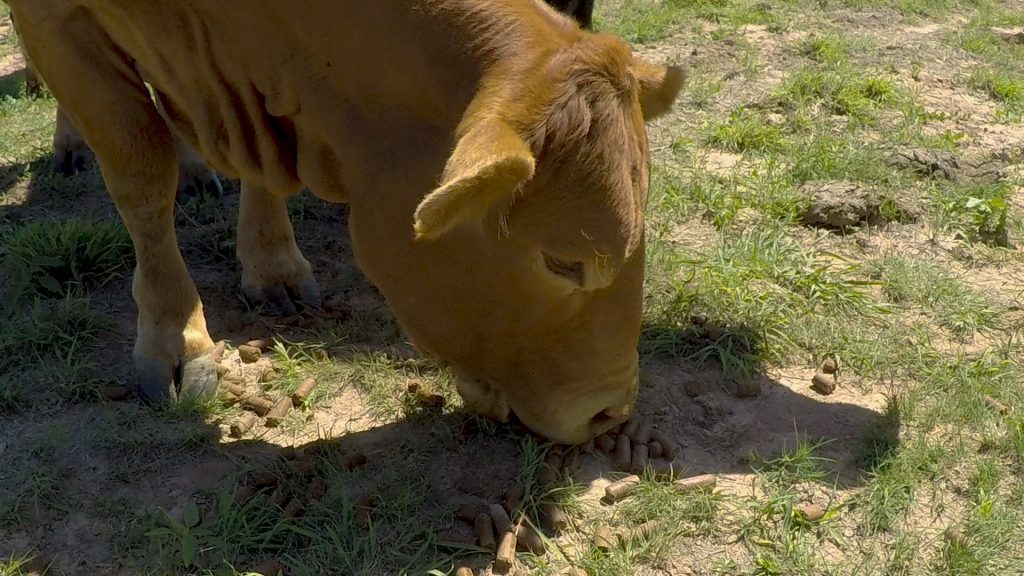 Due to the extreme weather conditions, over this 20-month period, Steven received $4,000 in government funding – 40% of his feed bill for one month.

Generally, calves are weaned at six-to-seven months; however, if the cows come under pressure the calves are reared at an earlier date. Furthermore, the calves are treated for bovine respiratory disease (BRD), infectious bovine rhinotracheitis (IBR) and clostridial diseases.

Some breeding heifers are sold at weaning, but the majority of heifers and bulls leave the farm at 12 months. “Really good” bulls are sold aged 20-27 months.

“A lot of people are using the bulls to cross breed black cows for replacements and get the hybrid bigger. I also prefer to use cross breeds as recipients. My calves weigh approximately 75lb at birth [34kg], so I like the bigger cow.” 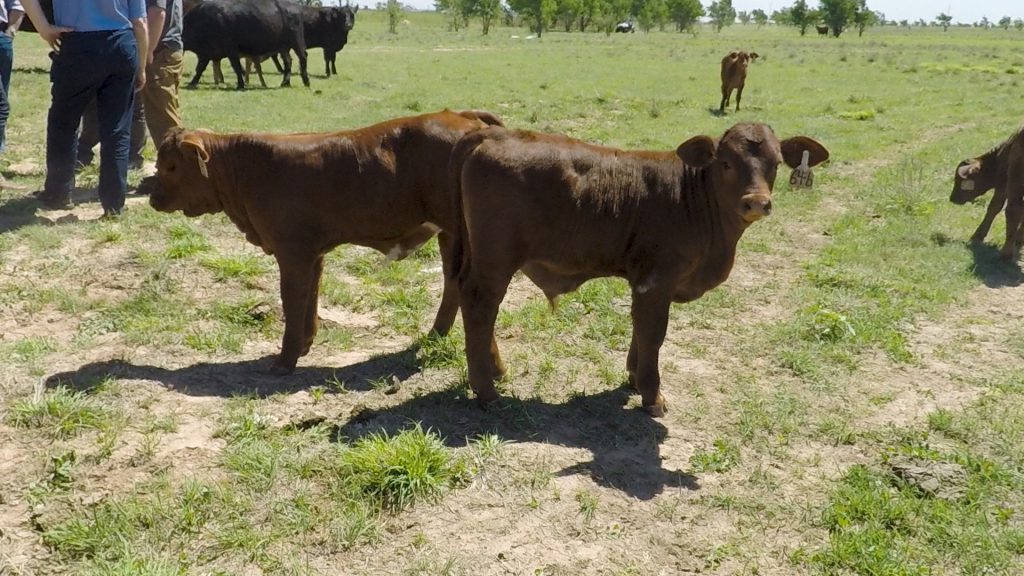 Similar to Ireland, Steven prefers a spring-calving system as – in a normal year – there is plenty of grass available for both the cow and calf.

“With spring calving, I don’t have to supplement feed as much plus weaning weights are better due to grass intakes.

“In the fall, the winter time hits and you have to feed a lot of hay and cubes [pellets], so it costs a lot more to calve the cows in the fall,” he concluded.

Minister commits to focus on afforestation and more public engagement

Ticking other jobs off the list on scanning day