Report: Potential for Covid-19 infection in cattle – through inoculation 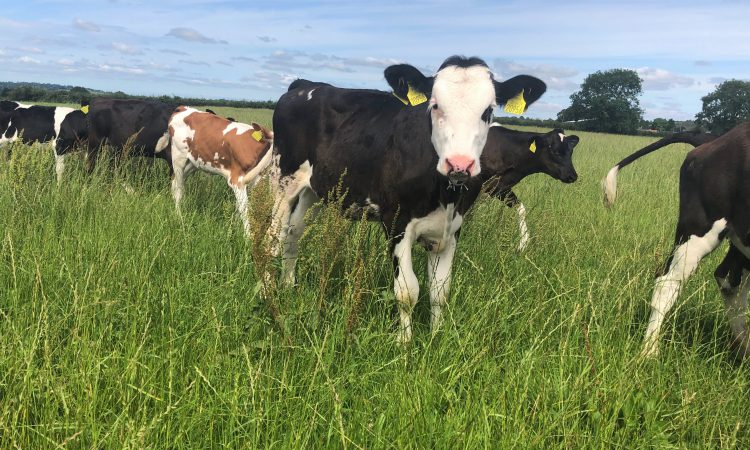 While no natural infection of Covid-19 has been found in cattle through research to date, it may still be possible for infection to occur…through experiment, however.

A recently study of the Friedrich-Loeffler-Institute, Germany, found that under experimental conditions, cattle show “low susceptibility to SARS-CoV-2 [Covid-19]”.

As part of the study, six cattle were intranasally (through the nose) inoculated with SARS-CoV-2, which is the coronavirus strain referred to as Covid-19, and were kept together with three in-contact animals.

According to the report, results showed there was a “low-level virus replication”, with reaction observed in two of the inoculated animals. The in-contact animals did not become infected.

The report states: “Since the beginning of the pandemic, the role of livestock and wildlife species at the human-animal interface was discussed, with a special focus on the identification of susceptible species and potential reservoir or intermediate hosts.”

To examine the susceptibility of cattle and to characterise the course of infection under experimental conditions, six four-to-five month old male Holstein-Friesian dairy calves were intranasally inoculated.

24 hours after inoculation, three contact cattle that were separated prior to infection were reintroduced. Body temperature and clinical signs were monitored daily and nasal, oral and rectal swabs were taken.

None of the inoculated cattle nor any of the contact animals showed any clinical, disease-related symptoms.

Body temperature, feed intake and general condition remained in a physiological range throughout the study.

However, two of the animals became productively infected – demonstrated by the detection of the virus in nasal swabs.

One animal tested positive on day two and three after inoculation and another on day three only.

The results were only positive in the nasal swabs – oral and rectal swabs taken as well as specimens collected from every other animal remained negative throughout the study period.

In addition, the bovine coronavirus (BCoV) status of the cattle was tested.

According to the report, the animals had neutralising antibodies against BCoV prior to SARS-CoV-2 infection.

The researchers called it a “surprise” when it resulted that three animals showed an increase in antibody titer (concentration) against BCoV in the antibody test, and two animals also in a different antibody test.

The “wide distribution of another coronavirus in cattle is of special interest” to the researchers, especially since the presence of one virus did not protect from infection with another ‘betacoronavirus’ in this study.

The report concluded that “double infections of individual animals might potentially lead to recombination events between SARS-CoV-2 and BCoV”.

A resulting chimeric virus, comprising characteristics of both primarily respiratory viruses, could present an additional threat for both human and livestock populations and should therefore be monitored.

“However, there is no indication that cattle play any role in the human pandemic nor are there reports of naturally infected bovines.

“Nevertheless, in regions with high numbers of cattle and high case numbers in humans, like the US or South America, close contact between livestock and infected animal owners or caretakers could lead to anthropozoonotic [animal to human] infections of cattle.

“Age, husbandry practices and underlying health conditions of the animals should be considered when assessing the risk of virus circulation within bovine populations,” the study added.