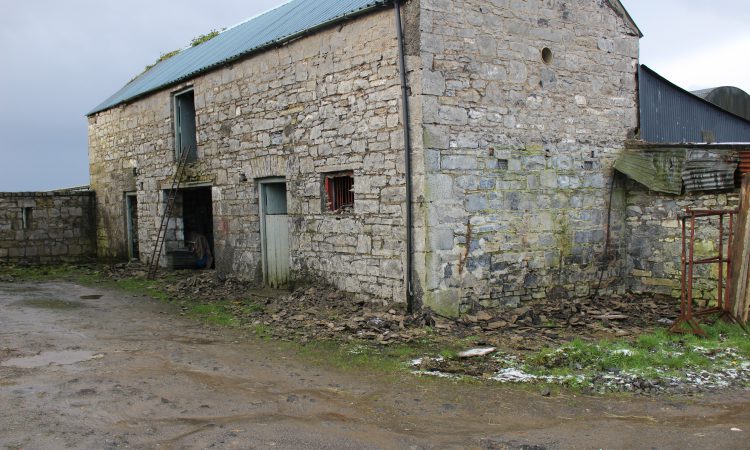 A Roscommon farmer conducting repairs under the Green, Low-Carbon, Agri-Environment Scheme (GLAS) traditional farm buildings grant scheme, in a bid to save his 1800s farm building from years of water ingress and subsequent structural instability, said it has given him a new appreciation for its craftsmanship.

John Larkin is based in Castlerea, Co. Roscommon, where he and his son, John, work a suckler farm of 100ac. His grandfather, Michael Larkin, bought the property in the 1920s.

The outbuilding is a two-storey coarse rubble building with cut-stone quoins. The upper storey contains a grain store. The bottom storey holds two small stables, a small side room used as a poultry shed – ‘the duck house’ – and a double carriage opening, known as the coach house, used for the housing of a horse drawn trap up to the 1940s. The stables housed two working horses for the farm.

In recent times the building’s function has been limited due to structural issues but it has been used by those tending to sick calves.

With the help of his family, John applied for the grant in February 2020. He said that he found the grant process to be very interesting.

The process teaches you about the traditional building methods and develops your appreciation of the craftsmanship in these buildings. The scheme also links you with professionals who are expert in maintaining those traditional features.

Structural and masonry repairs were carried out to walls as well as the repair of lintel over a door.

A bat and wildlife survey was conducted and John was surprised to discover that there are three different species of bats using the building. Measures have been taken to accommodate the bats and birds surveyed. An opening to the back of the building will remain undisturbed to ensure access.

“The work is progressing well thanks to Charles Stewart and the team at Midland Restoration. Charles and his team are based in Longford and are experienced in the type and quality of work required by the scheme,” he said.

“The project is overseen by Aine Doyle, a conservation consultant who brings a wealth of knowledge to the project and prepares all reports required by the Heritage Council. Anna Meenan, the project manager of the GLAS traditional farm buildings scheme, consistently provided help and advice throughout the entire process,” said John.

“I remember this building when it was busy with everyday use and am delighted that it has now got a new lease of life.” 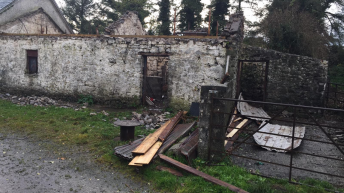