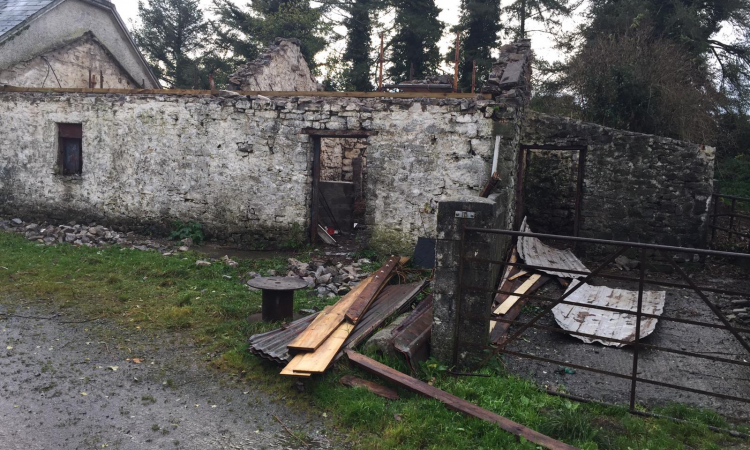 The repair of sheds that date back to the 1800s and that were part of his mother’s home place have sparked memories for a Roscommon farmer.

Damien Owens, who is breathing new life into the sheds under the Green, Low-Carbon, Agri-Environment (GLAS) traditional farm buildings scheme, said that it is a great opportunity to bring back the sheds to the way they were in the 1800s.

“These old farm buildings are located in the townland of Borefield, Strokestown. They were originally built in the 1830s by my great grandparents,” said Damien, who farms 70ac, all dry stock and sheep.

“The buildings have been used for livestock including sheep, calves, pigs and chickens for over 60 years. They were originally built with dry stone, lime and cement. The roofing on the sheds was galvanised sheeting and nailed down to wooden planks. There were also half doors in most of these sheds.”

The work, which started in mid-September, brought back memories of his grandparents at work on the farm.

“One shed was used for two cows that my grandmother used to milk everyday to make butter. The other sheds were used for chickens, pigs and calves and for storing hay,” Damien said.

“The sheds have been used up until now but not in the same way as when my grandparents were alive,” he said.

The project is about the retention, repair and reuse of all existing fabric where all the sheeting and some of the timber work will be reused.

According to Damien, the repair project is well underway and is scheduled for completion in early November.

“The buildings will be used for farm storage and livestock housing. The repair works are being carried out by local craftsmen Charlie Steward and his team from Longford. They are doing a great job and we are very happy with the work being done.”

Damien had to have a bat and bird survey carried out on the 1800s buildings. “It was very interesting seeing and hearing the different species. There were three different types of bat species flying over the sheds but none of them were actually nesting in there.

“The sheds were always known to have swallows’ nests during the spring. So because of this, I decided to put in half doors and louvre windows,” he said.

“Aine Doyle, the conservation consultant, is doing all the reports on the project and making sure everything is going to plan and running smoothly,” said Damien, adding that they hadn’t come across any major challenges.

The scheme is administered by the Heritage Council on behalf of the Department of Agriculture, Food and the Marine. 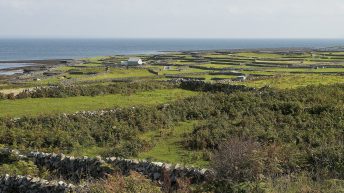