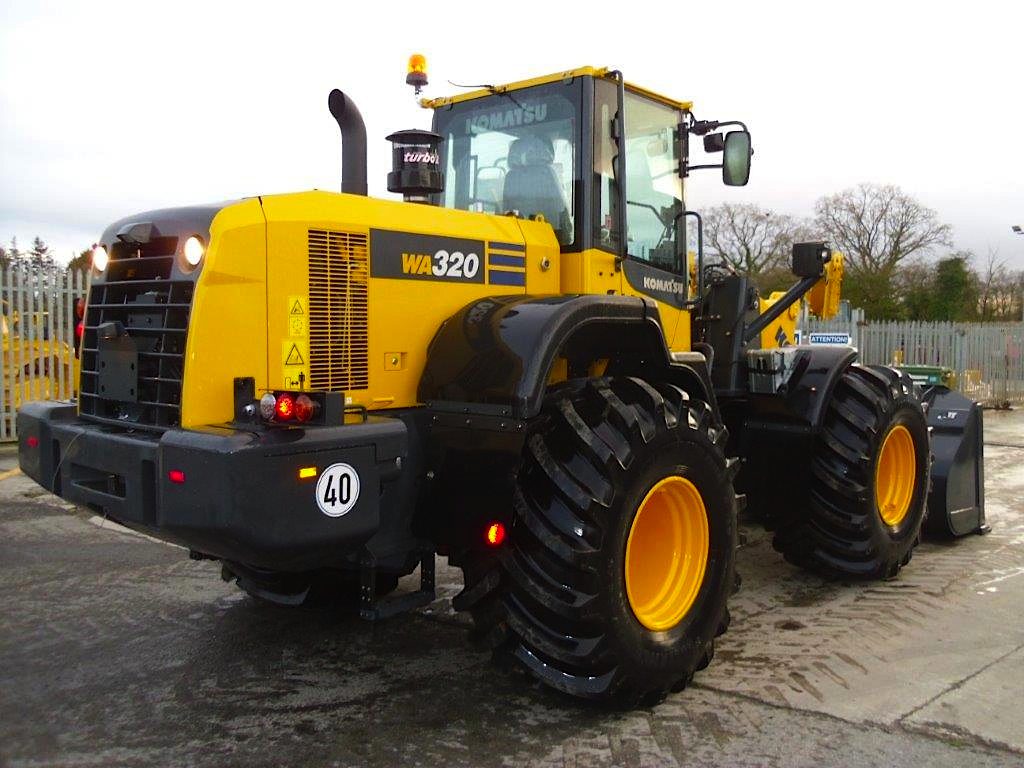 Amongst the machines making their debut at the FTMTA farm machinery show in Punchestown is the new Komatsu WA320-7 wheel loader.

Being exhibited alongside Zetor and Merlo on the McHale Plant Sales stand, the WA320-7 is an upgrade of the WA320-6 model that was beginning to prove popular amongst a number of leading contractors as a silage, grain and feed stores handler. Its various features include a 3.2-tonnes capacity bucket.

According to Komatsu the WA320-7 marries a well proven hydrostatic drivetrain with Komatsu’s Tier 4 interim engine technology that reduces fuel economy by up to 10%. The WA320-7 has a parallel lift boom with 10% more lift than the previous model and z-bar linkage for high breakout force for digging.

This, it says, lowers the torque output during less demanding work, saving fuel and because its seamless to the operator, it operates without decreasing production. 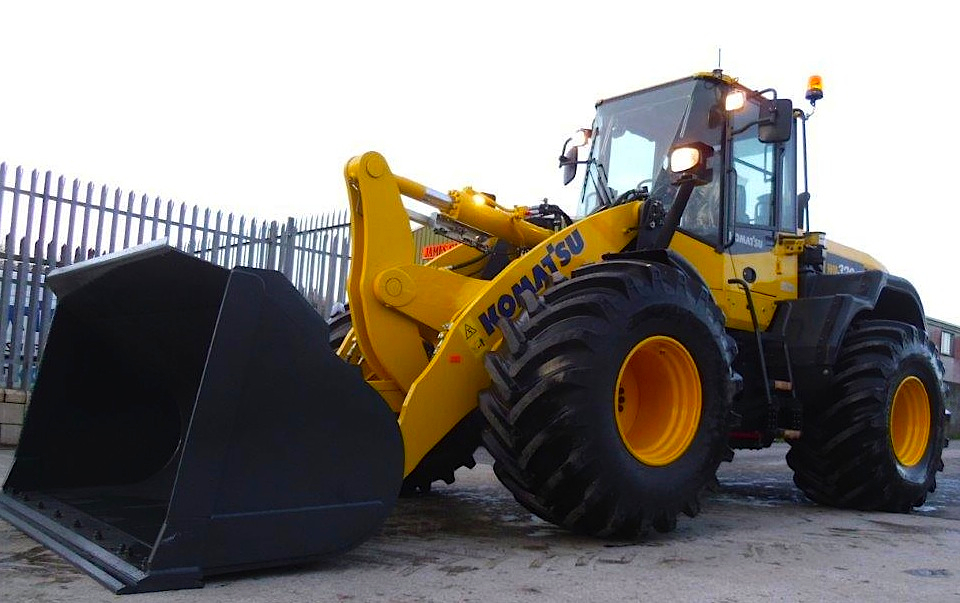 The new variable speed control system on the WA320-7 is designed to adjust the operating speed for each working condition.

The new Komatsu WA320-7 also has rear view monitoring system as standard. It says the operator can view the area directly behind the machine with a full color monitor that is located on the right side of the cab. This monitor can be always on or only on when the loader goes into reverse. Visual guidelines can also be added to show the machine’s travel path.