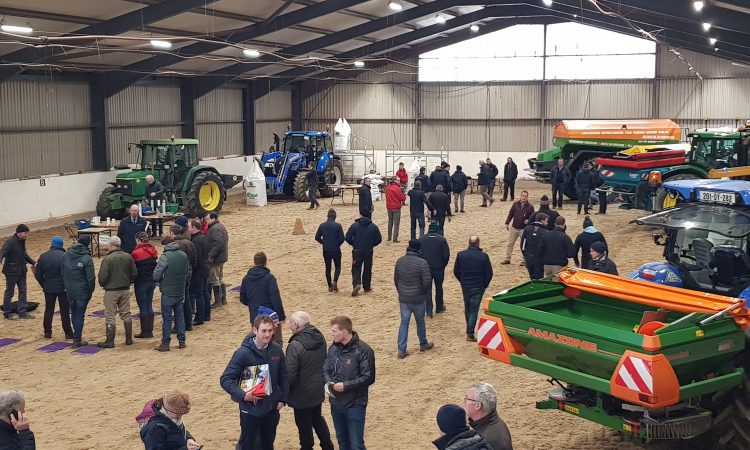 Maximising fertiliser accuracy – and reaping the associated benefits, both environmentally and financially – was the name of the game at the recent Precise Application of Fertiliser event in Gurteen College.

Held in the Co. Tipperary agricultural college on Wednesday, February 12, a host of fertiliser suppliers and their contract spreader agents attended on the day.

The event was organised by the Fertiliser Association of Ireland in association with Teagasc and the staff at Gurteen College.

The aim of the open day was to upskill people on getting the best out of their fertiliser spreader, according to Teagasc.

There were five workshops on the day, focusing on themes such as fertiliser spreader calibration and safety around fertiliser spreading such as the handling of big bags. There was a range of high-end machinery on display at the event, with most of the spreader manufacturers represented.

Speaking at Gurteen, Mark Plunkett of Teagasc, who is president of the Fertiliser Association of Ireland, said:

“The precise application of fertiliser plays a major role in helping farming systems to reach their production and profitability goals, while also protecting water quality and reducing both greenhouse gas (GHG) and ammonia emissions from agriculture.”

Dermot Forristal, Teagasc researcher, emphasised the three essentials for precise and even spreading: a well-designed spreader; good quality fertiliser of known characteristics; and the correct setting of the machine for the chosen fertiliser and bout width.

Wider bout widths and the anticipated increased use of urea make machine choice, and setting, more important, he added.

The researcher stressed it is essential that spreader manufacturers have a database of spreading tests which operators can access by inputting their own fertiliser type either on-line or by phone app, to get the appropriate spreader settings.

Modern spreaders are increasingly complex and are capable of wide spreading, but it is essential that they are supported by good setting information, Forristal said.

He explained the important role of the spreader vanes in getting accurate spread patterns, and encouraged users to check their own spreader vanes and replace them as needed.

He also demonstrated some of the mobile phone apps which are available from the machinery manufacturers, which make the task of correct setup much more user friendly.

At the fertiliser quality workshop, John Carroll of Glanbia said that 80% of fertiliser granules should be between 2mm and 4mm in size and for a blended fertiliser such as 18-6-12+S that there should be an even distribution of all four fertiliser ingredients (N, P, K and S) in the different size ranges.

John said: “That will help ensure an even spread and good distribution of all the major plant nutrients during the spreading operation.” 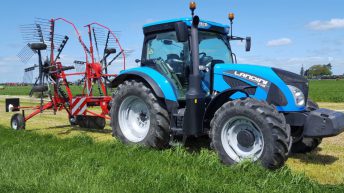