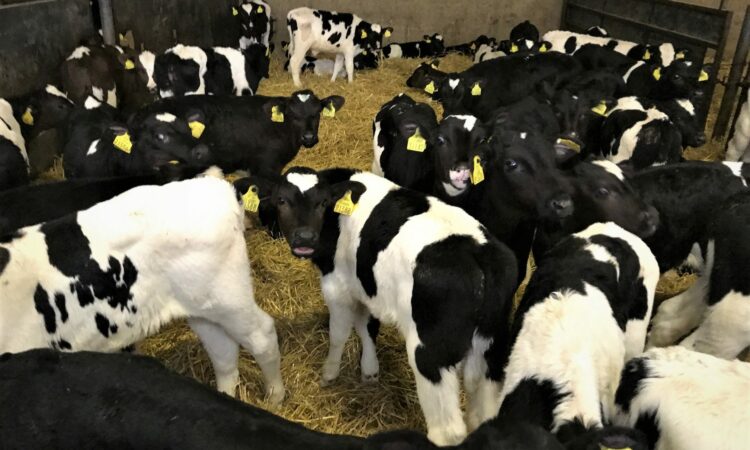 The possibilities and challenges of a veal industry in this country were discussed at the AGM of the Irish Creamery Milk Suppliers’ Association (ICMSA) today.

The meeting – held at the South Court Hotel in Limerick today, Friday, November 29 – heard a formal proposal from members relating to the possibility of Government support for the establishment of a veal industry in Ireland.

The motion was not rejected, though questions were raised over the level of work that would have to go into it before the association would be in a position to support the motion.

Lorcan McCabe, the association’s deputy president, commented: “It’s not simple, not simple at all. If we produce veal in this country, is it going to displace the markets our calves are going to?”

Des Morrison, the ICMSA livestock chairperson, stressed the need for marketing and research into the possibilities for a veal industry before Government support could be sought.

“I can see where the resolution comes from, and I can see the merit in it. But it might get a bit more complicated,” Morrison observed.

“I’m not saying that it’s wrong to have veal industry in Ireland, but what I am saying is we have to walk before we can run.

If we’re going to support a scheme like that, there would want to be a lot of thought and a lot of marketing going into it…we wouldn’t be able to seek support immediately and not have markets there for the end product.

The ICMSA livestock chairperson continued: “I can absolutely understand where people are coming from in the present climate with that, but I think that for that to be actually supported, would need a lot more strain of thought, and a think tank around it, before we actually could 100% support that, without the facts and figures and markets to coincide with it,” he said.

Following the discussion on this issue, it was decided that the motion would be amended and sent to the association’s livestock committee to examine the possibility.