The rain held off for most of the day in Co. Laois for Day Two of the National Ploughing Championships, with just one downpour in the afternoon for the 127,000-strong crowd. 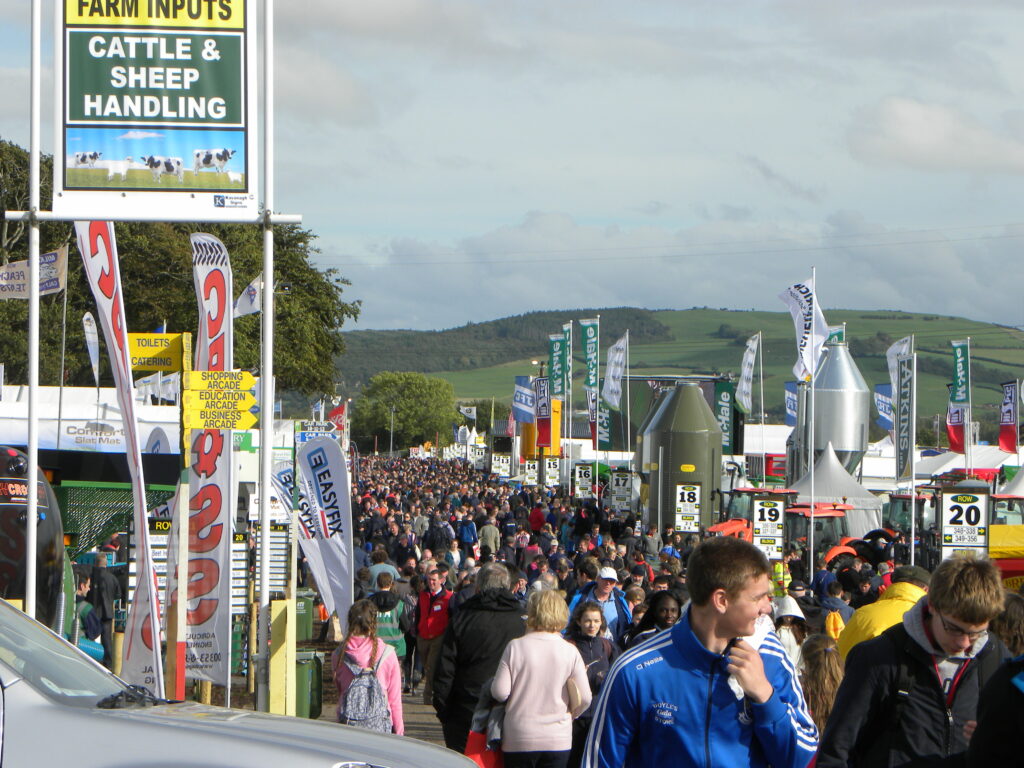 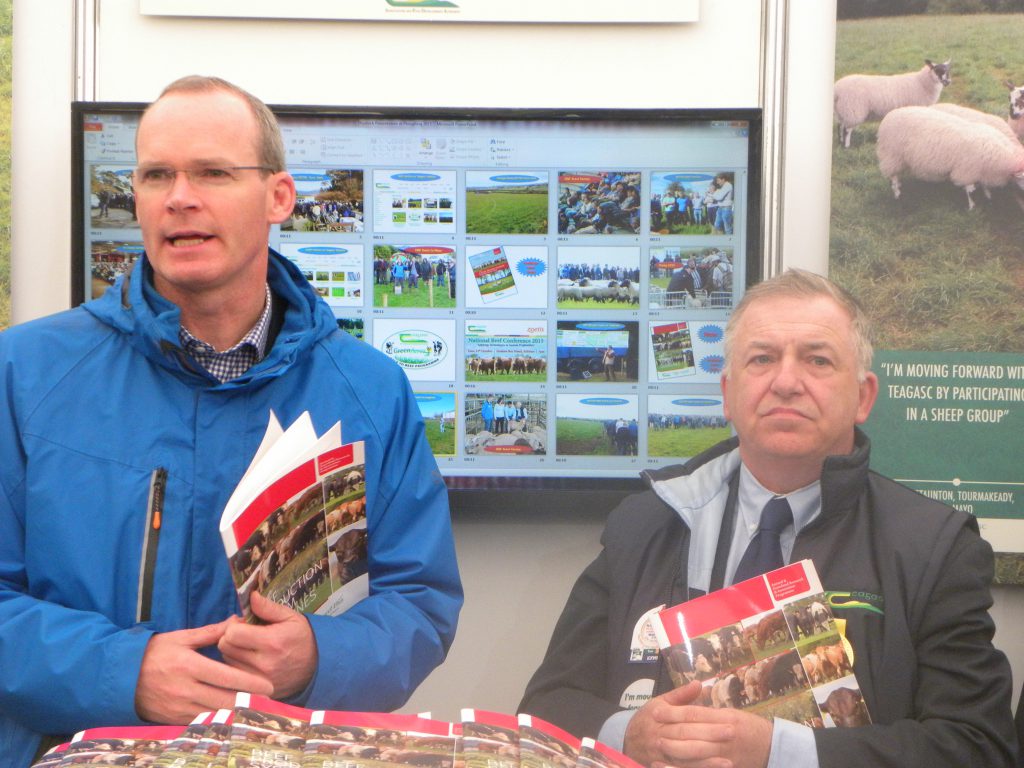 Simon Coveney’s full-day schedule saw him visiting the main farming organisations, lunching in the Fine Gael tent and launching a series of new products and schemes. 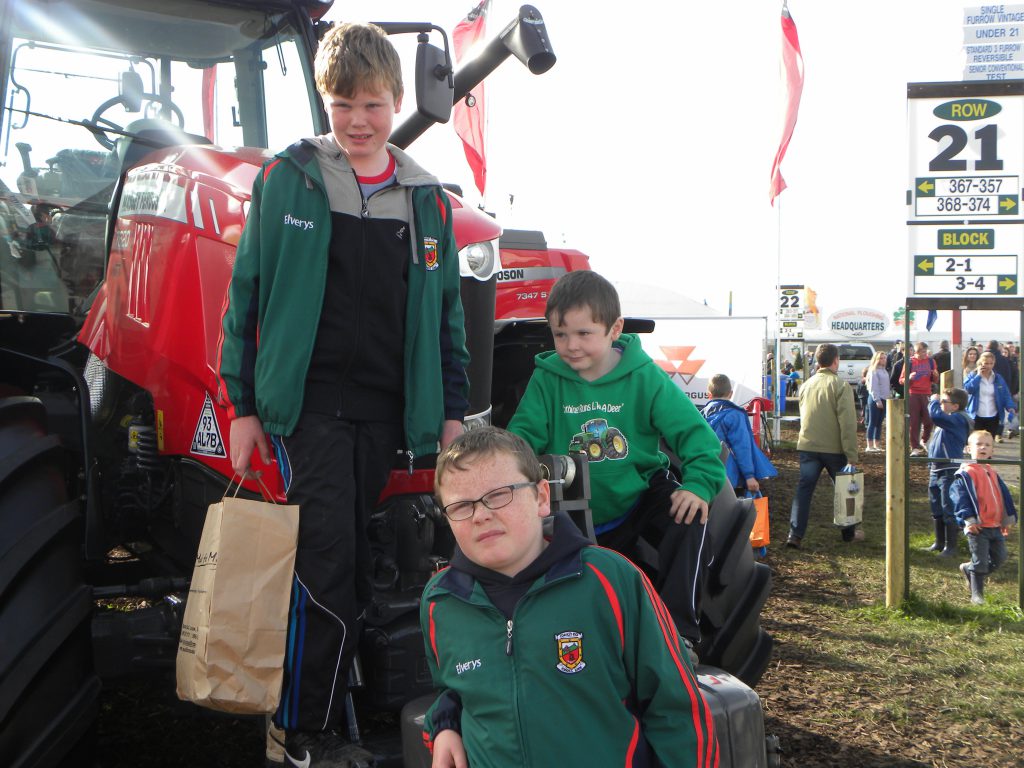 The McMenamin family from Co. Mayo

While walking around the Ploughing for the day can be tiring for the majority of us, these two had no problem jumping up and down on trampolines! 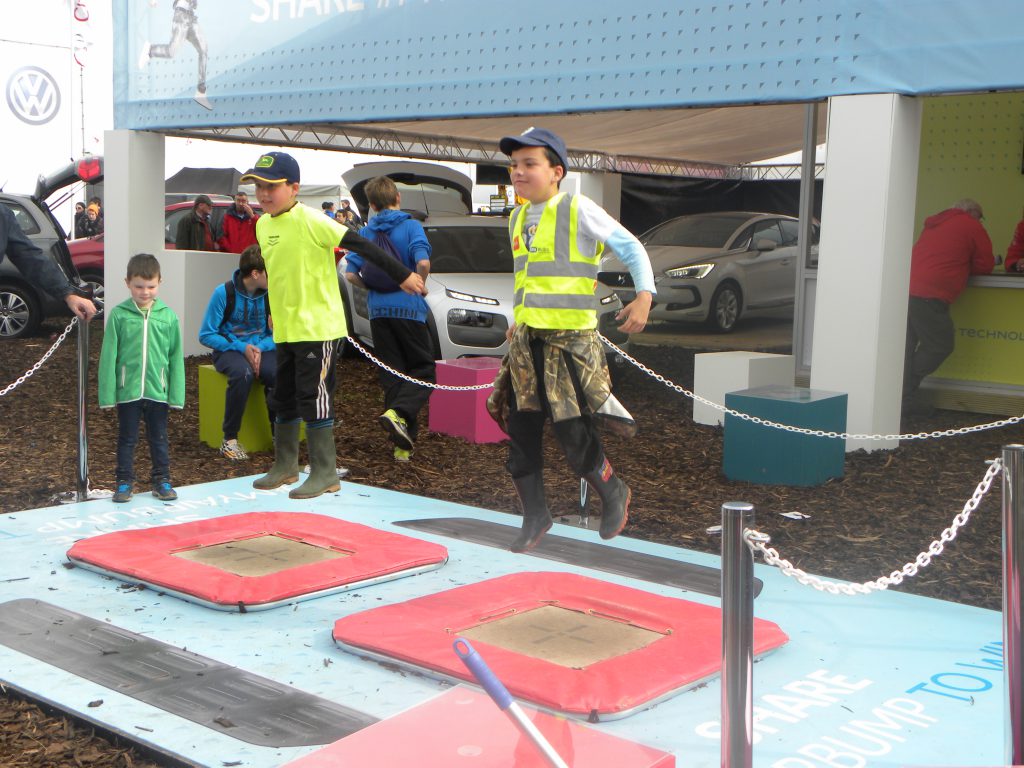 Once the downpour came however, hoods and umbrellas were put up as the crowds headed for shelter. 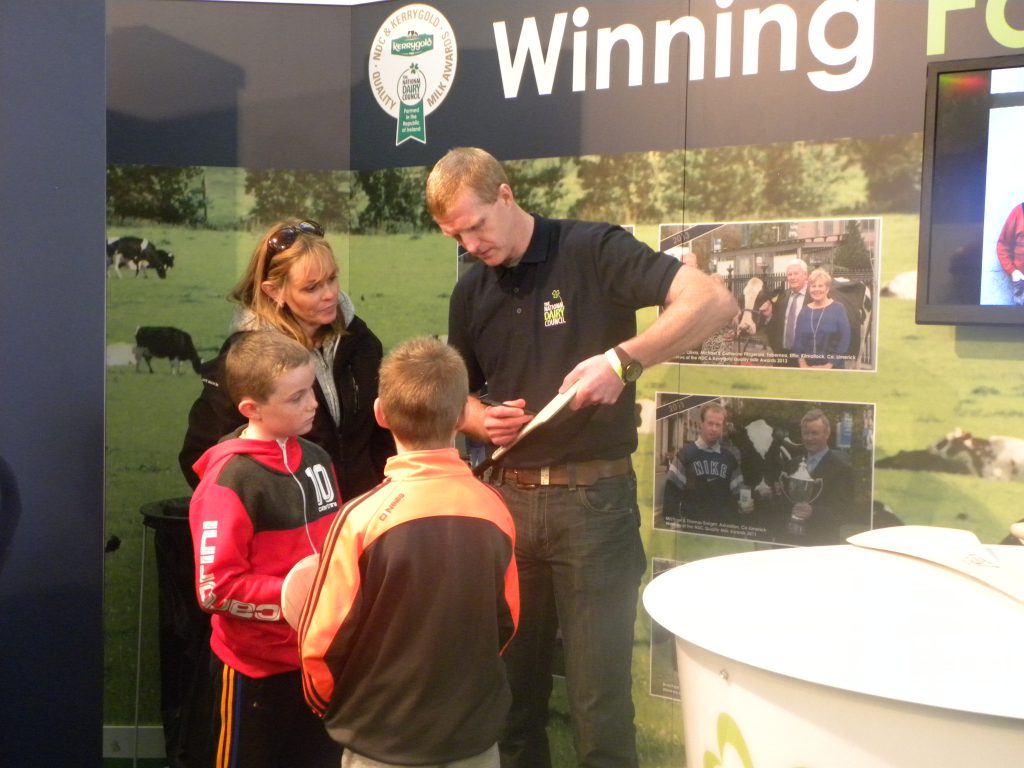 Henry Shefflin was at the National Dairy Council stand where fans got to meet and greet him. 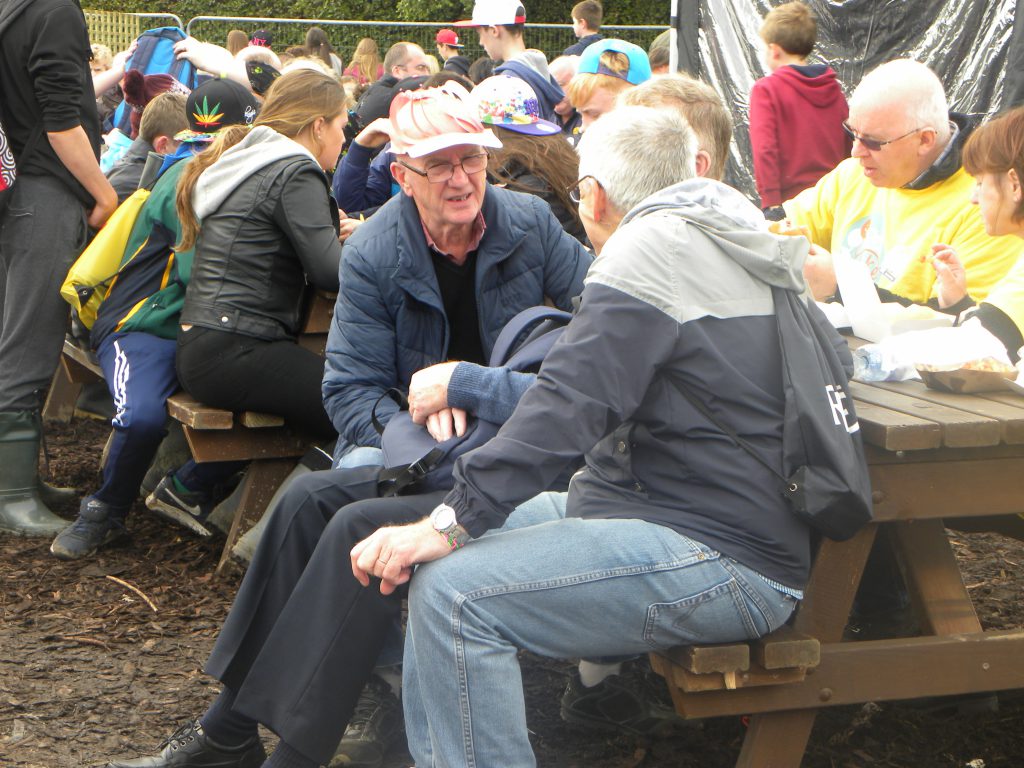 Fianna Fail launched a new policy strategy at the Ploughing – saying it would protest the primary producer in the marketplace with proposals for an independent ‘Groceries Code Adjudicator’. 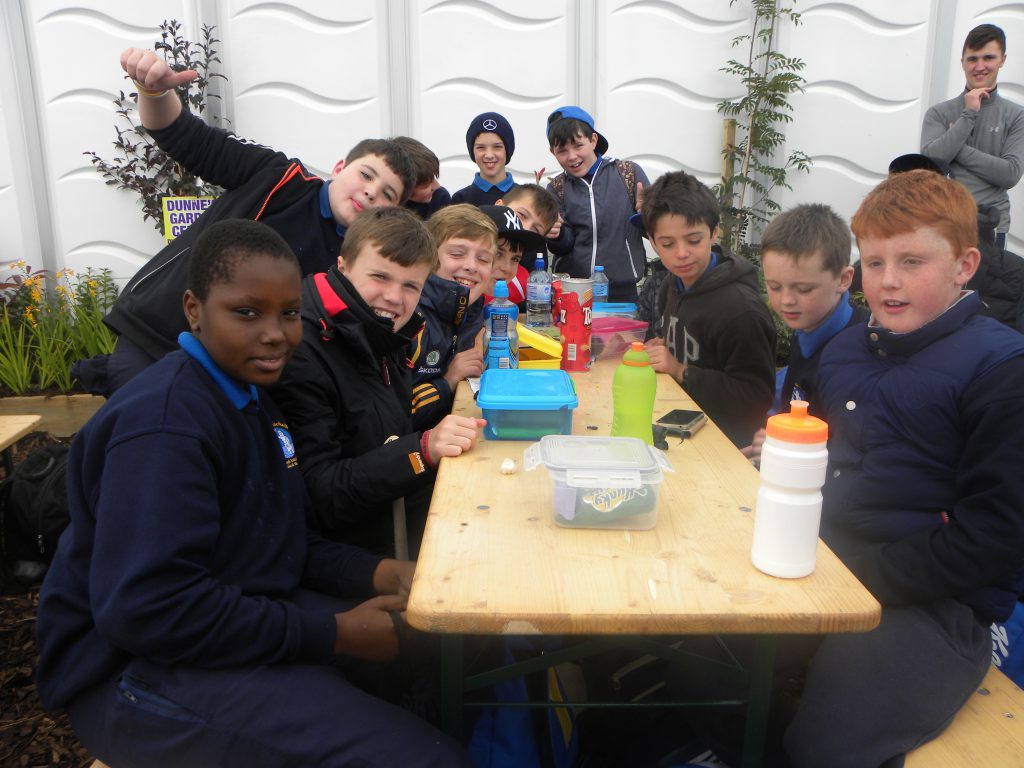 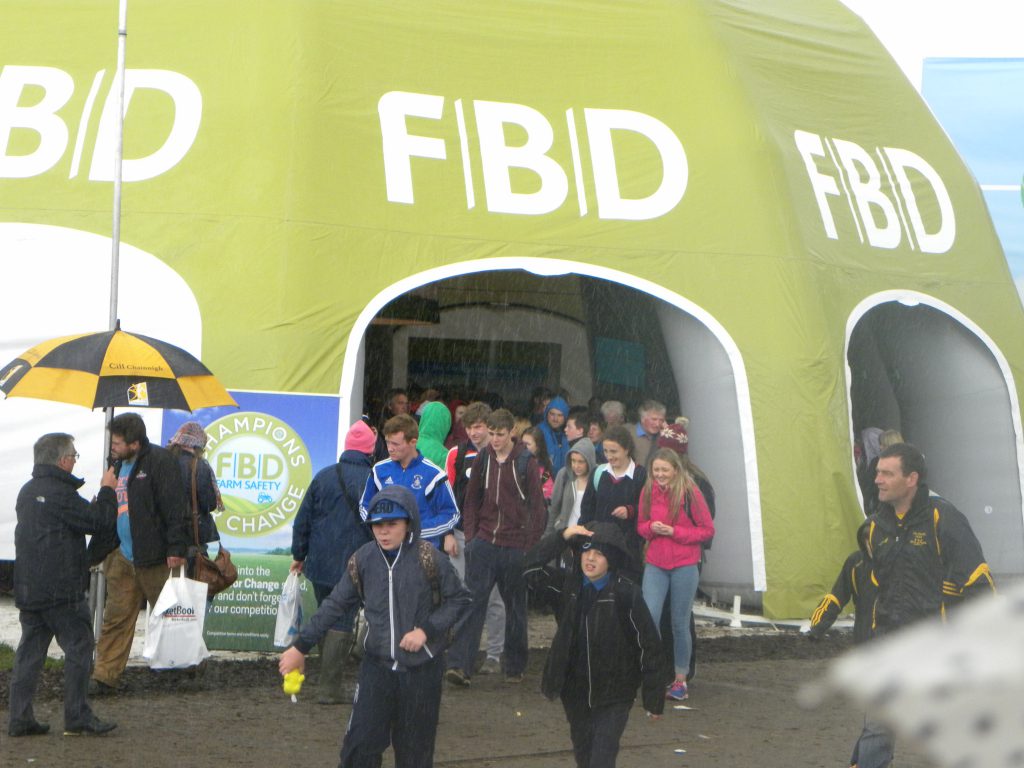 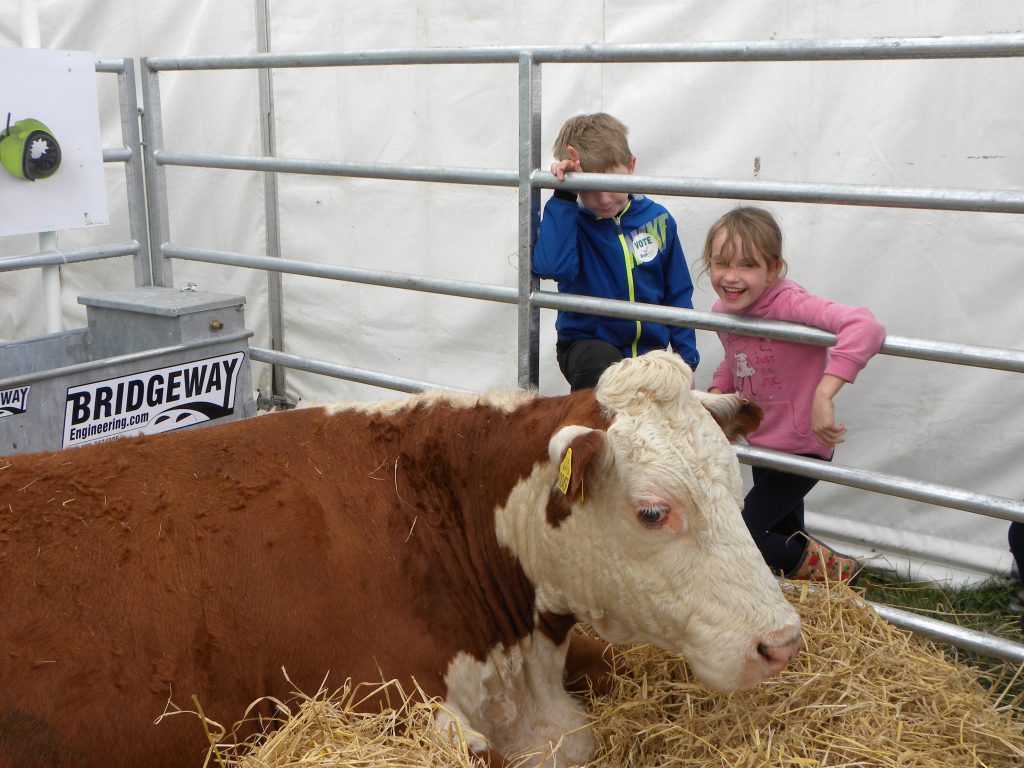 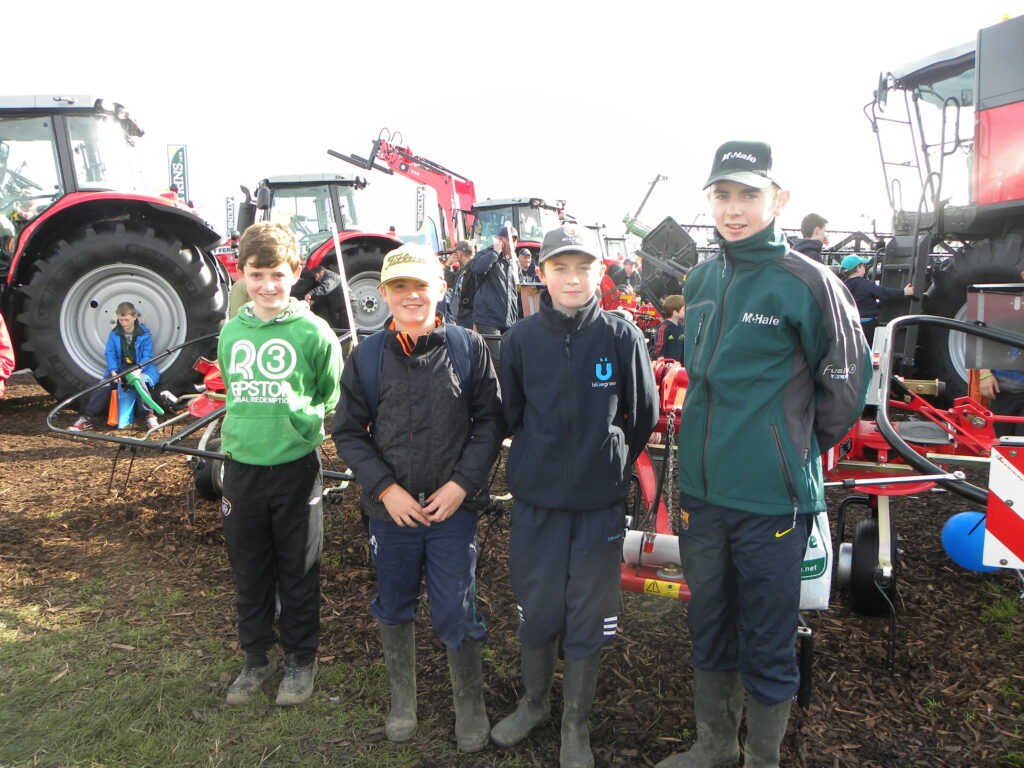