Pics: Over 2,000 people were at today’s IFA protest

Over 2,000 farmers attended an IFA protest today (August 31) at the European Commission offices in Dublin to demand EU action on falling farm incomes. 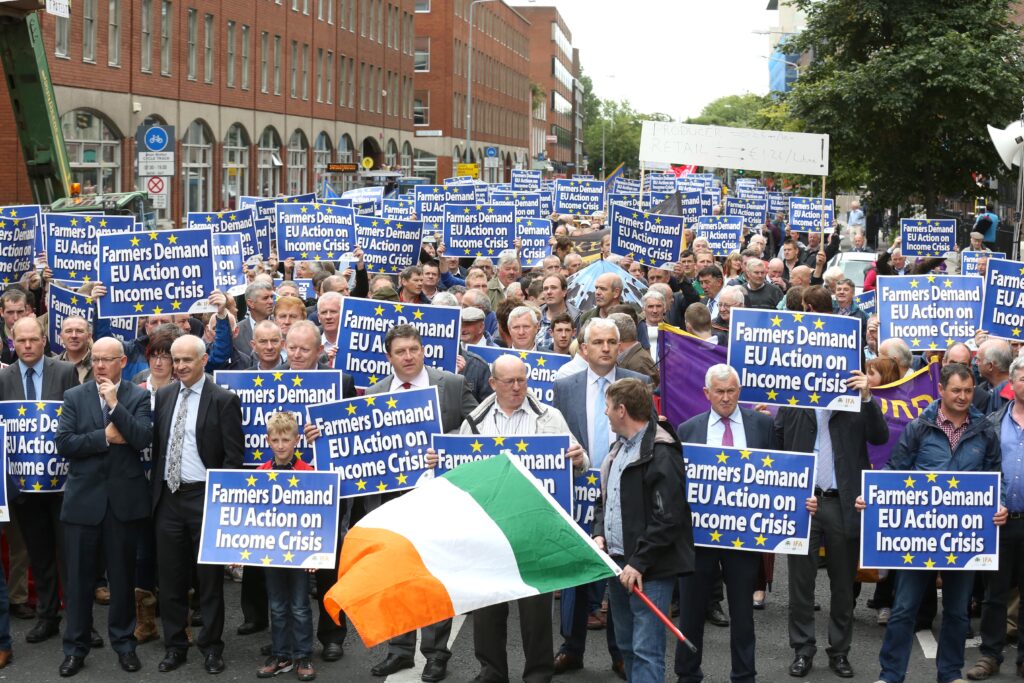 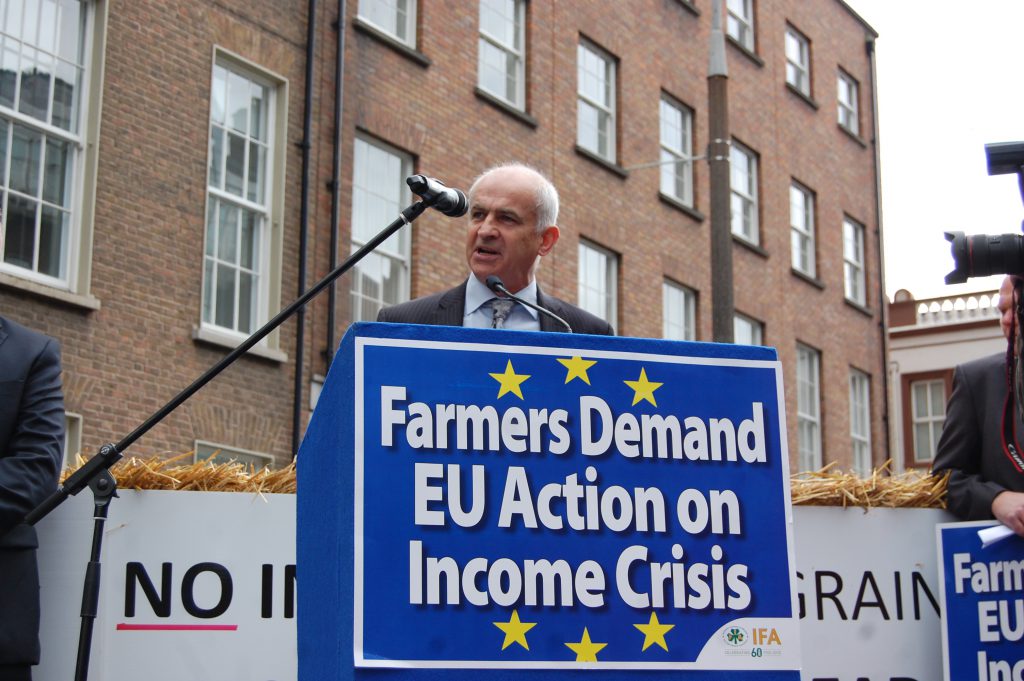 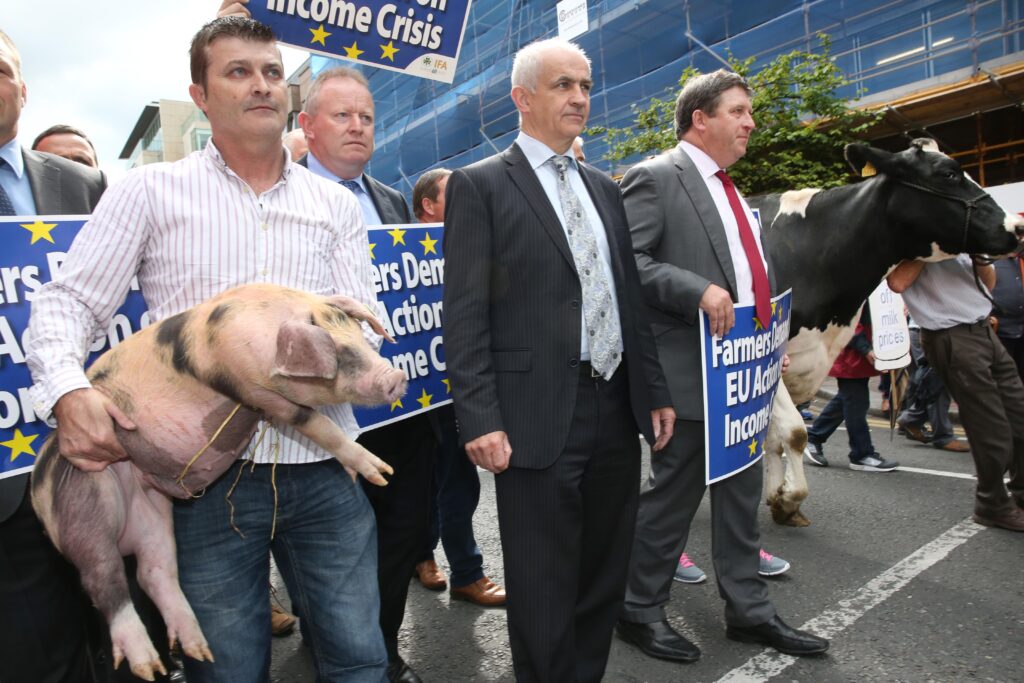 Grain farmers had their say with a trailer with a slogan on it saying “if the CAP don’t fit we can’t wear it”.

The slogan also said “no income from grain! No wheat for bread, no malt for Guinness, no oats for porridge”.

Farmers put it in plain English that we eat three times a day and if there was no farmers there’d be no food. 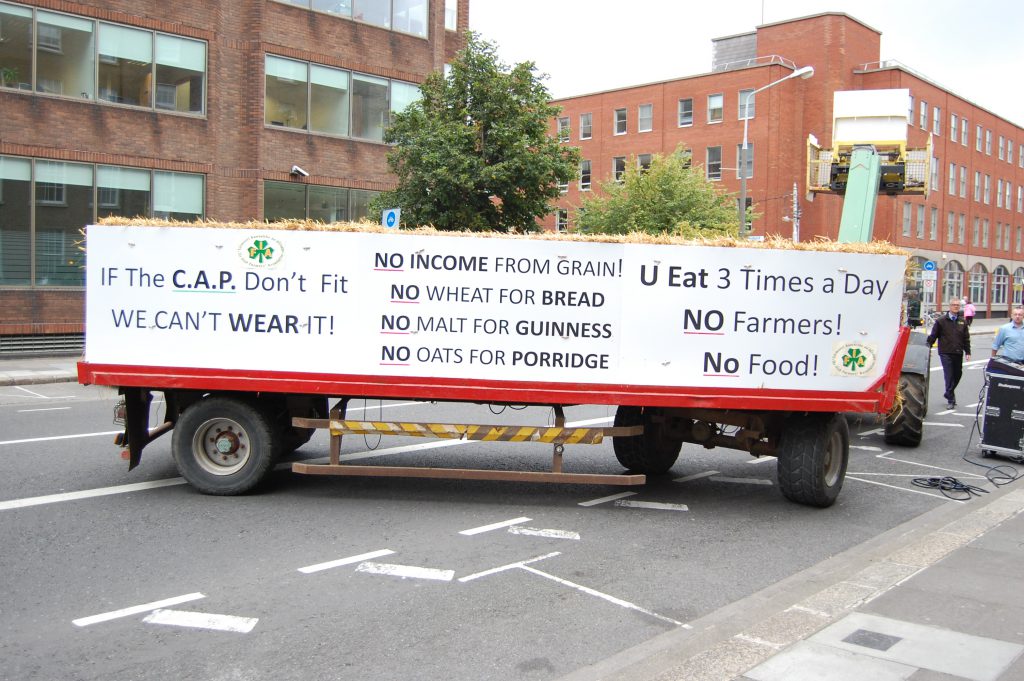 One of the may IFA protest signs farmers had included the one pictured below with farmers saying that grain growers are Europe’s slaves.

Grain was also spilled onto Mount Street, where the protest took place, with Eddie Downey opening a truck of grain. 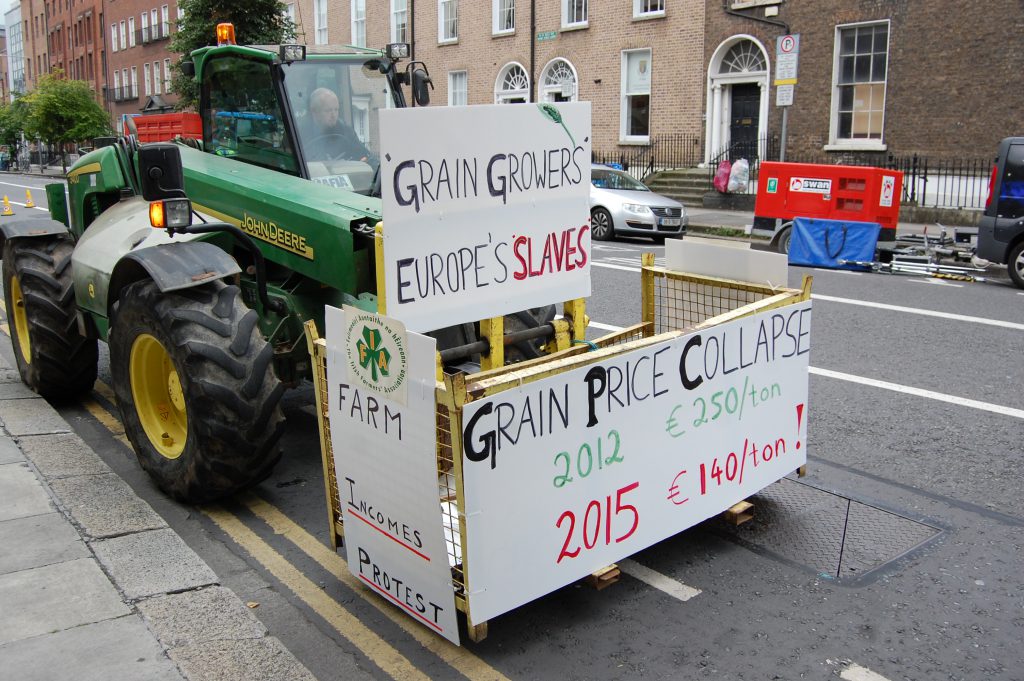 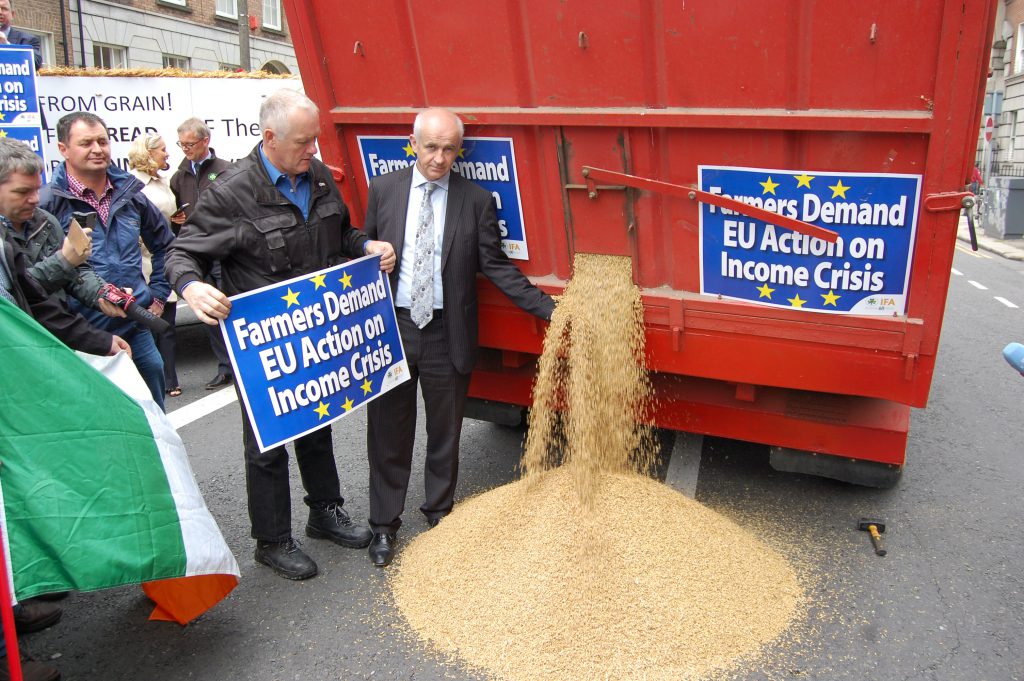 Galway farmers Enda Monaghan, Tom Costello, Michael Murphy and Tom Walsh grab a sandwich before the IFA protest of members, at the the new European office in Dublin, where a letter of was handed in demanding action on the farm income crisis across all sectors. 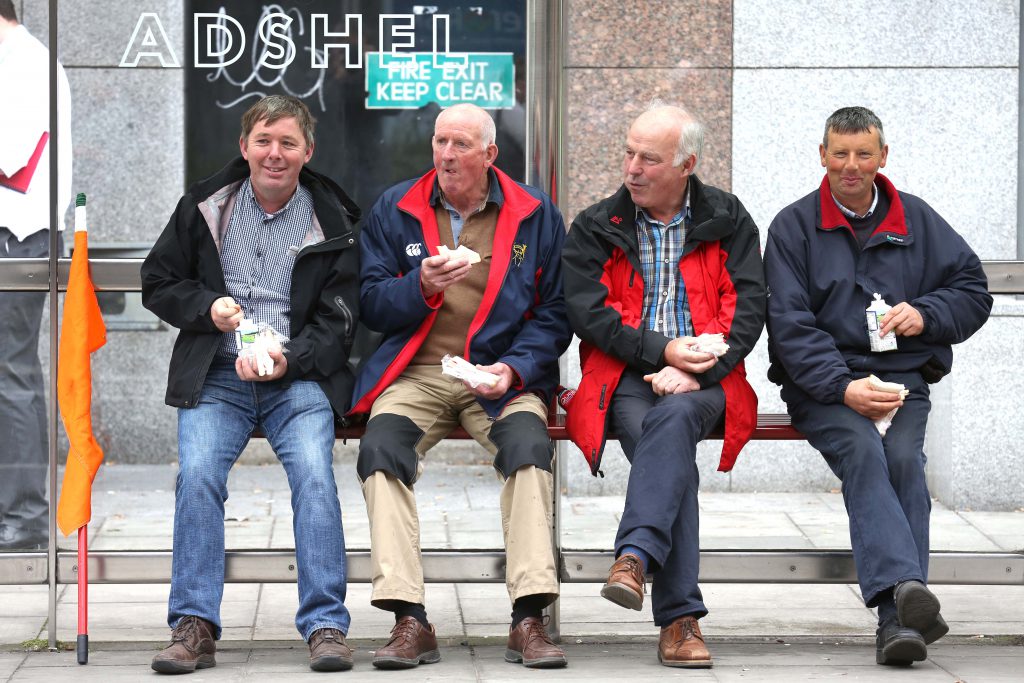 John and Caoimhe Murphy from Newcastle Co. Dublin at the front of a protest of IFA members outside the European offices in Dublin earlier today.

Caoimhe was also given milking lessons at today’s protest. 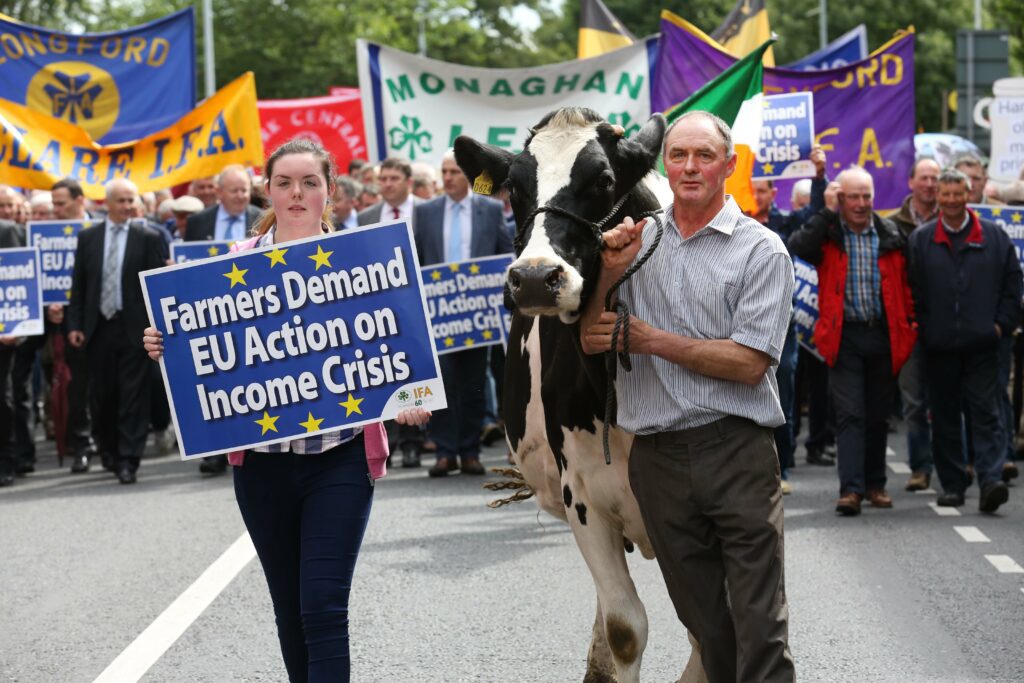 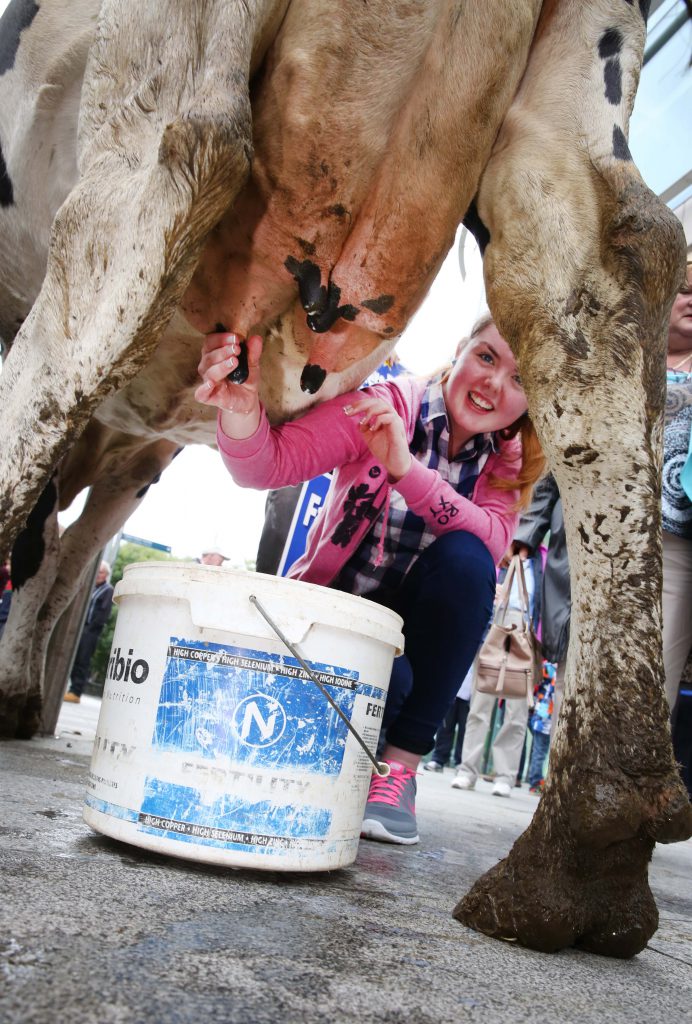 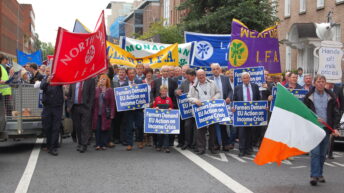 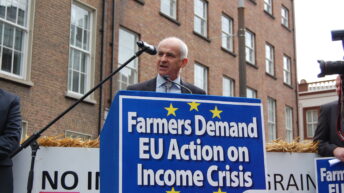