For the first seven months of the year, domestic milk intake has increased by 8.6% the CSO figures show. 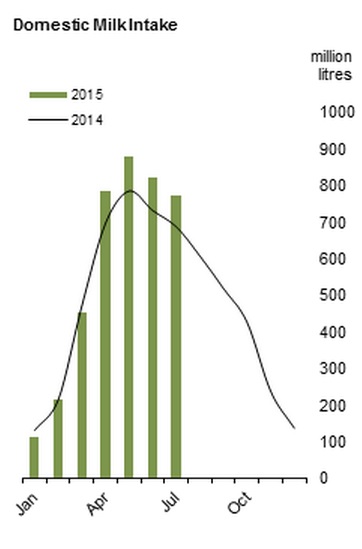 Looking at the overall EU figures, there was a 0.8% increase in cows’ milk collected between January and June, according to latest Milk Market Observatory figures.

Like Ireland, the amount of milk collected peaked in May, at approximately 14m tonnes. 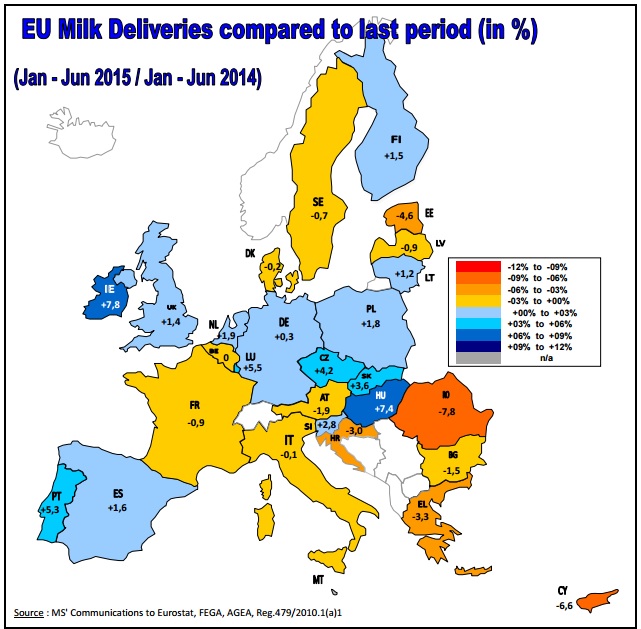