One farmer in Co. Roscommon decided it was time to ‘make life a little easier‘ during the lambing season and put plans in motion to construct a sheep shed in 2016.

John Tiernan, who lives just outside the village of Four Roads, lambs down just over 160 ewes every year. Farming with his father Larry, they have lambed their ewes outside in the past.

John decided it was time to construct a shed to house the entire flock – which would prove especially useful when the ewes were lambing.

He began the process of erecting a four-bay long sheep shed; comprising of four slatted tanks and two feeding passageways.

Details of the shed

“The shed is actually wider than it is long; it’s 72ft wide and 64ft long. I just felt it would be more compact with two passageways rather than one.

“It would be a long walk from one end to the other if there was just a single passageway,” he said. 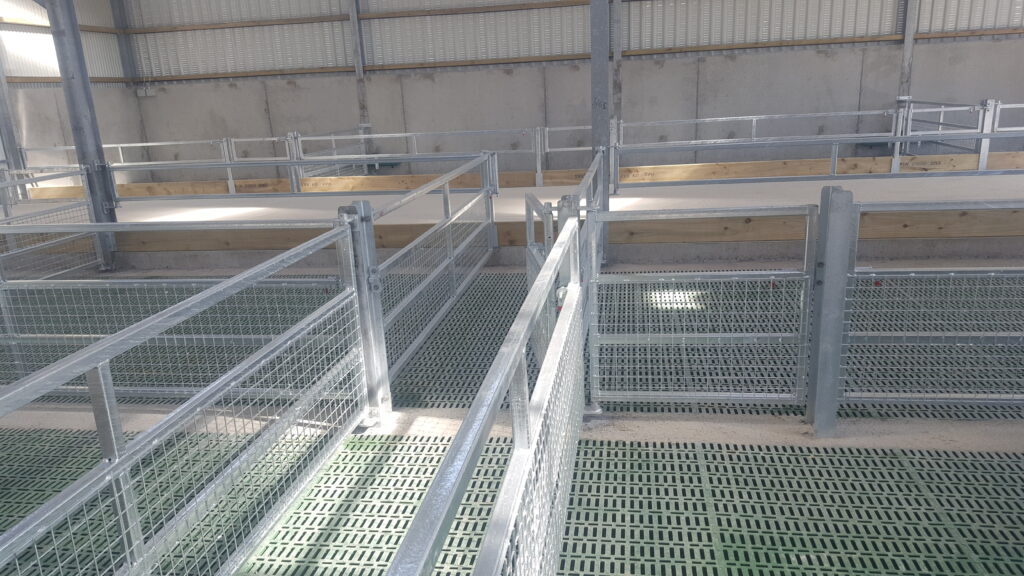 In order to give him extra slurry storage capacity in poor weather conditions, John chose to put in 6ft-deep slatted tanks.

To offer some versatility, regular slats were placed on one of the tanks to facilitate cattle, if the need arose.

In the middle two slatted tanks, which have a spine-wall, and the remaining tank, plastic slats specially designed for sheep were used. 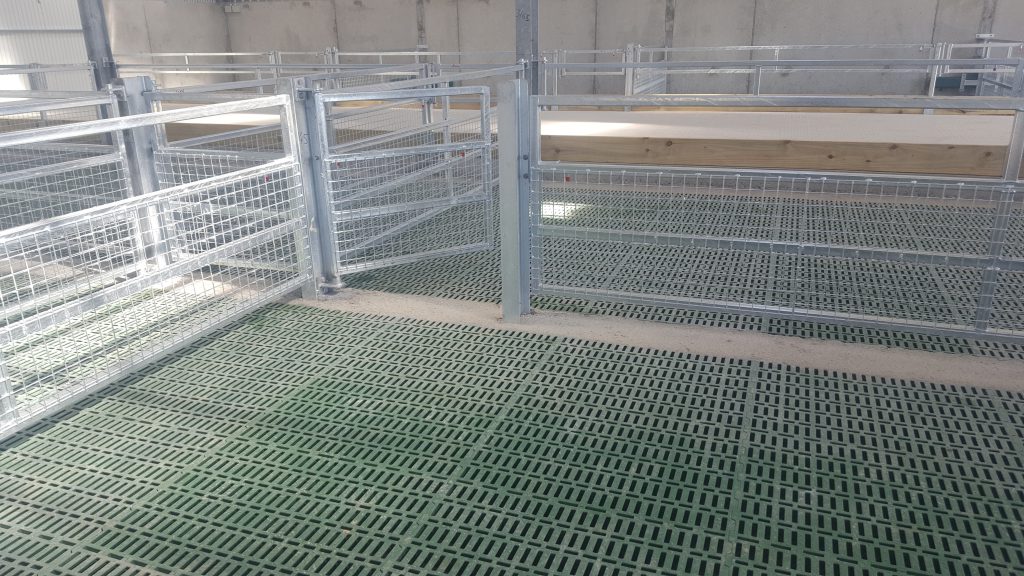 Plastic sheep slats were installed in the other three tanks

I felt the plastic slats would be a better option for the ewes when they are lambing. They would be a lot warmer than on ordinary concrete ones.

“The plastic slats have notches in them, so there is plenty of grip on them.

“But it’s nice to have the option to put in a few cattle, if we get tight for space in the cattle shed or if a cow calves.

“The feeding barriers have an adjustable bar on them, so you can feed either sheep or cattle on that side of the shed,” John said. 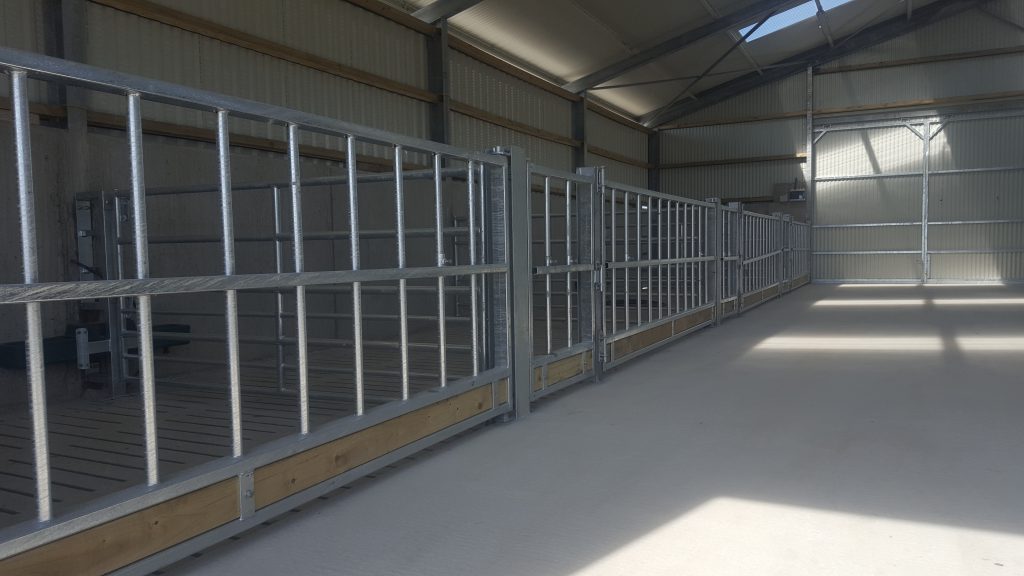 John visited a number of sheds, including one at Teagasc’s sheep farm in Athenry, Co. Galway, before making any design decisions.

I decided to keep the passageways 6in higher than the slats, just to make it easier on the sheep when they’re feeding.

“There are 16 pens in total, that can fit 10 sheep each; they’re all fitted with JFC water troughs. In the middle of the double-tank, I decided to put in a 3ft-wide walkway. 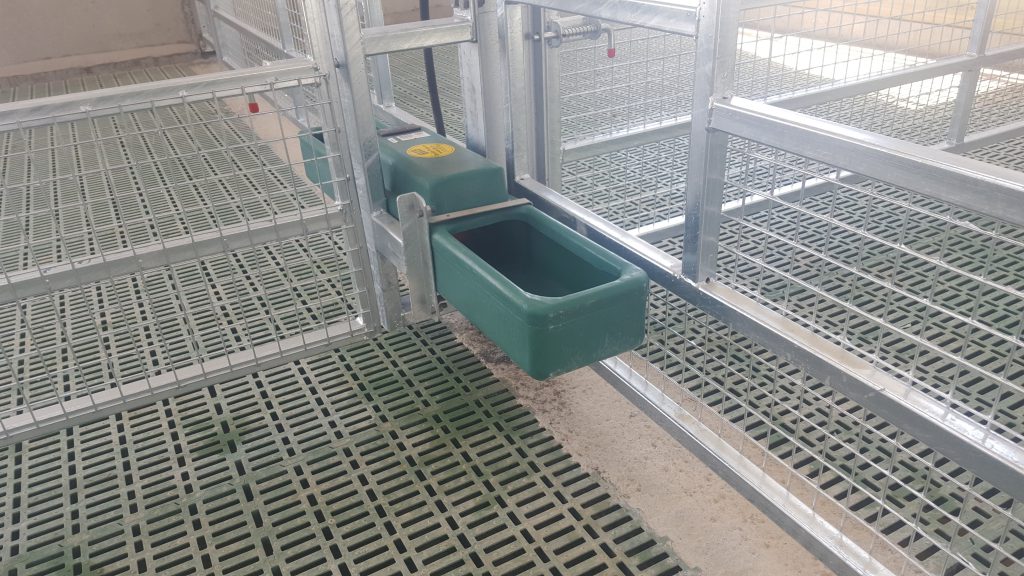 “It will be handy when I need to get from one side of the shed to the other, especially with ewes and lambs; I won’t be forced to go outside,” he said.

Sheep can be easily moved from one pen to the other along the double slatted tank, thanks to a series of small gates.

There is plenty of light in the shed, with four skylights installed per bay – as well as a total of 12 fluorescent lights. 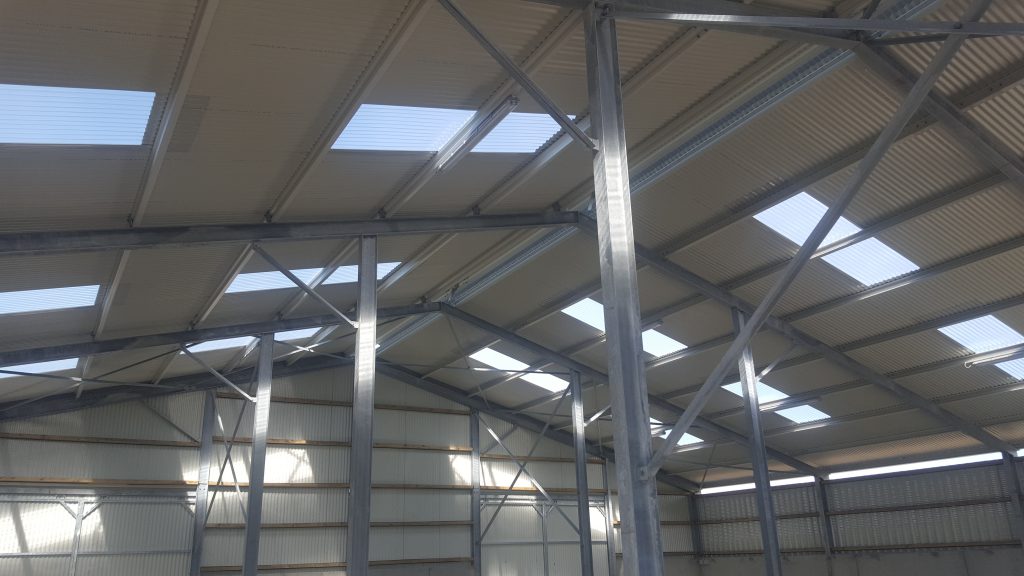 A big emphasis was placed on accessibility to the shed. Split rolling doors were installed at either end of both passageways.

Meanwhile, three individual doorways were built at three corners of the shed, for ease of access.

Vent sheeting was installed along the length of the structure to improve ventilation. Built to grant specification, the shed is close to 30ft high at the apex. 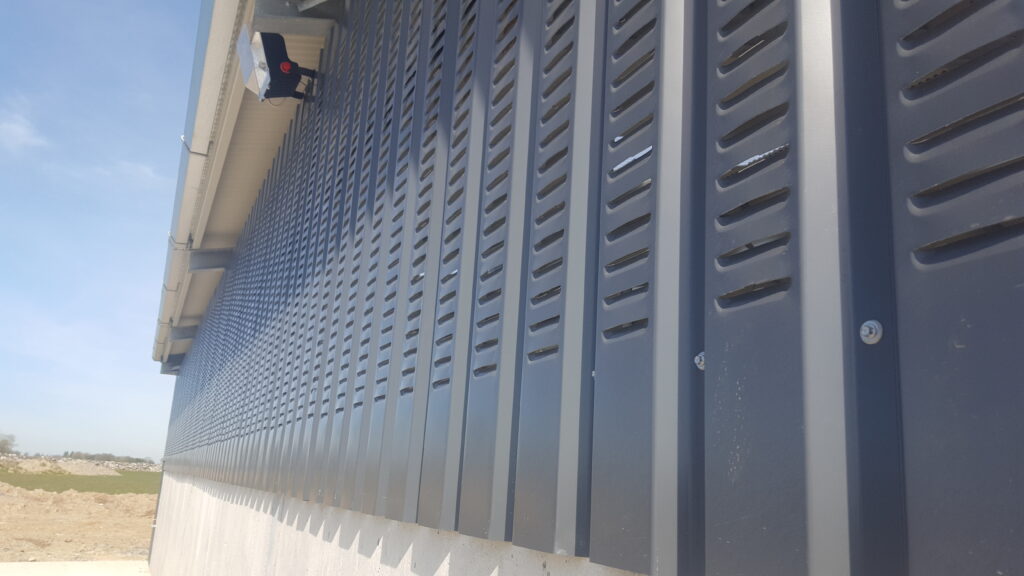 Vent sheeting was used along the length of the shed

Cost of the project

He purchased the entire shed, doors, feeding barriers and gates from Beirne and Beattie Engineering; who are based on the Lanesboro Road in Roscommon town. This cost added up to around €57,000.

Neighbouring construction contractors, Lawlor and Hynes, were employed to put in the slatted tanks and erect the shed. 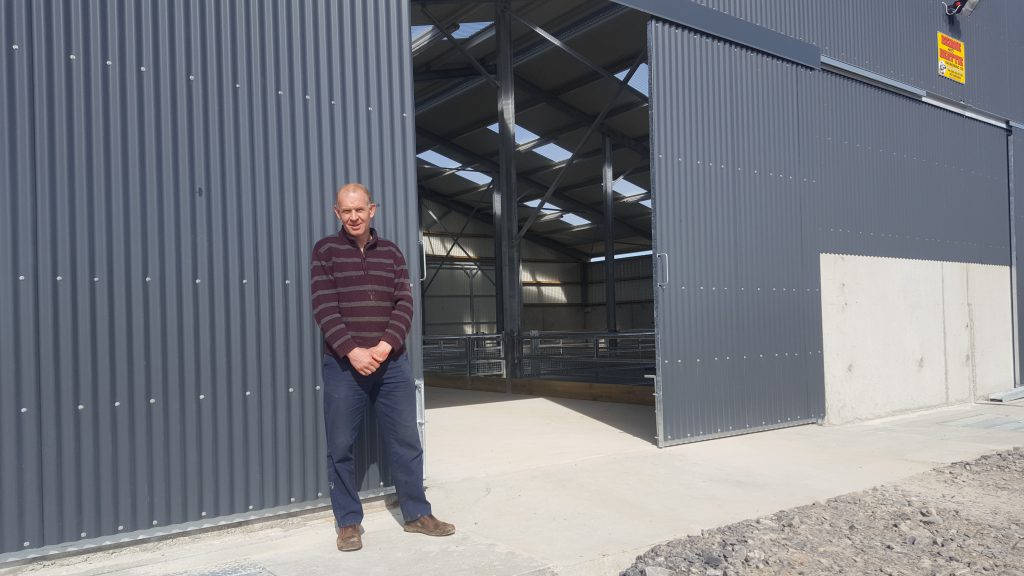 John also plans to put in a dung-stead at the rear of a silage slab, adjacent to the new shed. The entire project is set to cost in the region of €135,000.

Originally, it was planned that it would be ready for the start of the lambing season, but poor weather conditions delayed progress.

“The sheep wouldn’t wait for it to be finished, so we have nearly all the ewes lambed now.

“I didn’t want to put them in mid-way through lambing in case the excitement upset them. The weather picked up a little, which gave new lambs a good start. If the weather had turned, I might have put them in. But it will be no harm to keep it clean for another while,” he added.

John, who also keeps a few suckler cows and feeds a number of quality bulls every year, believes the new shed will make life considerably easier next year.

It will be great to come down to the shed and to have all the ewes underneath your hand. At the moment, I’m travelling from field to field.

“By the time you finish one round, you might spot another ewe lambing in the field you had checked first.

“It will still be a lot of work lambing in the shed, but at least we will be under cover from the wind and rain,” he concluded.

6 sets of quintuplet lambs born on one lucky Offaly farm