Is this the ideal ‘no frills’ yard tractor for your farm? 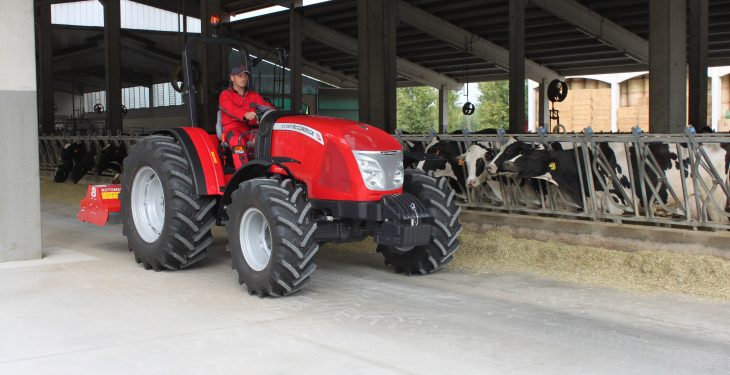 Are you looking for a basic ‘jump-on-and-go’ tractor for yard-work?

McCormick might just have the answer. Originally developed for other markets, where cab-less tractors with a ‘spartan’ specification rule the roost, the new X4.35M is part of the wider X4M Series.

The tractor is being touted as an ‘ideal yard tractor‘ by McCormick’s UK distributor. Here in Ireland, while the model is not front and centre on D&S Machinery’s price-list, it is available to order.

It’s not typical of the size and specification of tractor that McCormick sells in Ireland, but it may open the company up to a raft of prospective new customers.

Specially developed to replace the previous CL tractor family, the X4M Series is available in both two and four-wheel-drive. While X4M tractors have no cabs, the X4 Series units do (and look decidedly ‘conventional’). 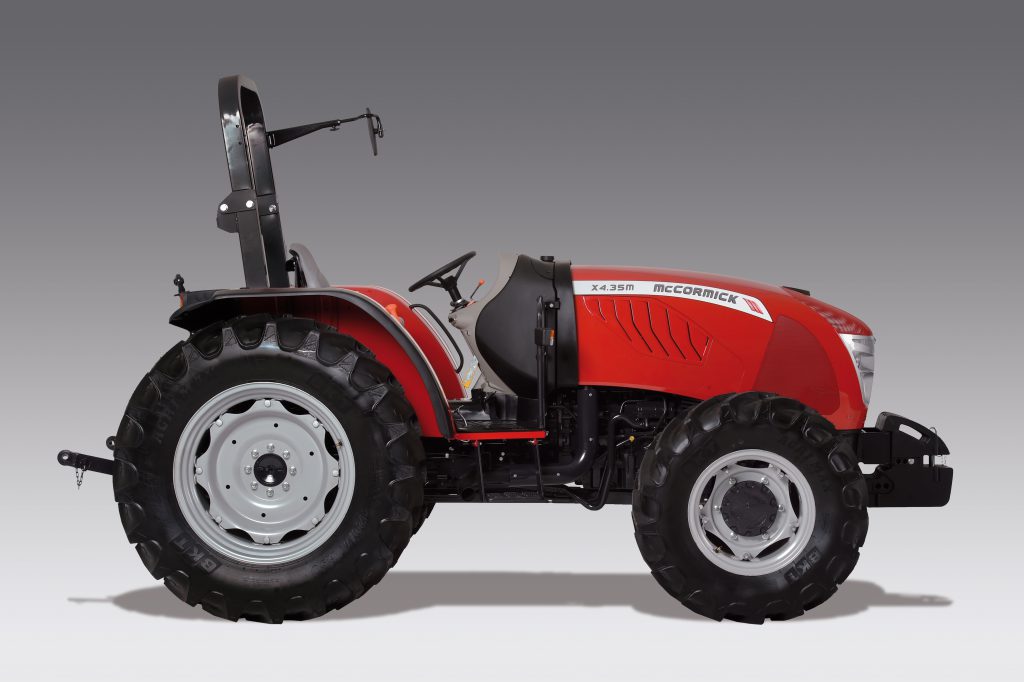 Developed by Argo Tractors (the parent company that owns McCormick and Landini), the simple ‘Speed Four’ transmission (with a synchro-shuttle and a ‘dry’ clutch) offers four synchronised gears in three ranges – providing a total of 12 forward and 12 reverse speeds. A creeper box, with a total of 16 forward and 16 reverse gears (and speeds as low as 300m/hour) is available as an option. 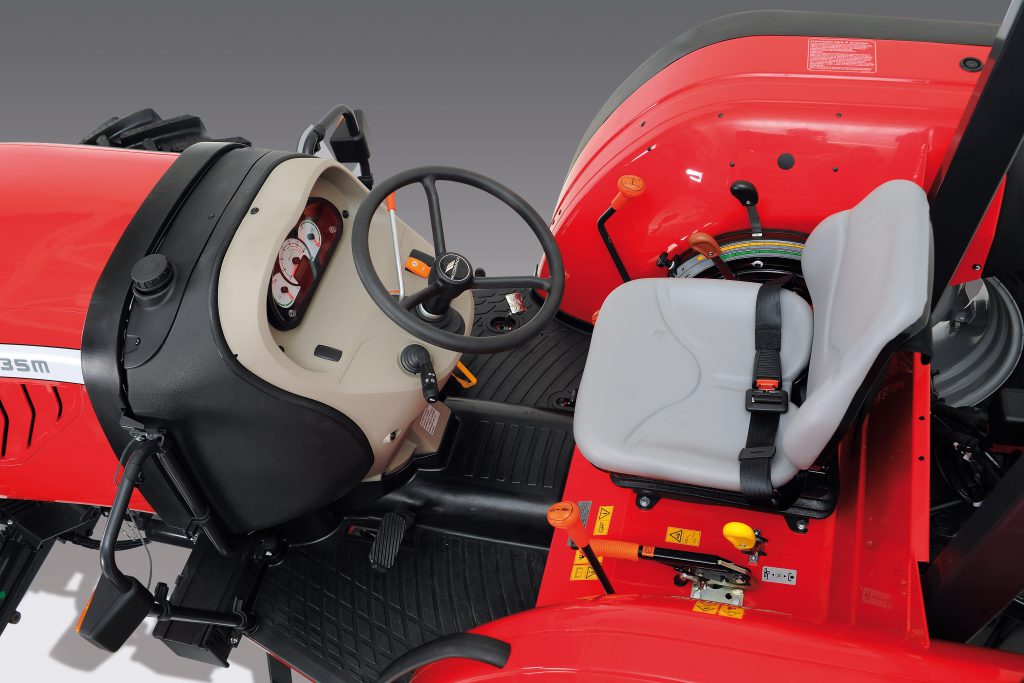 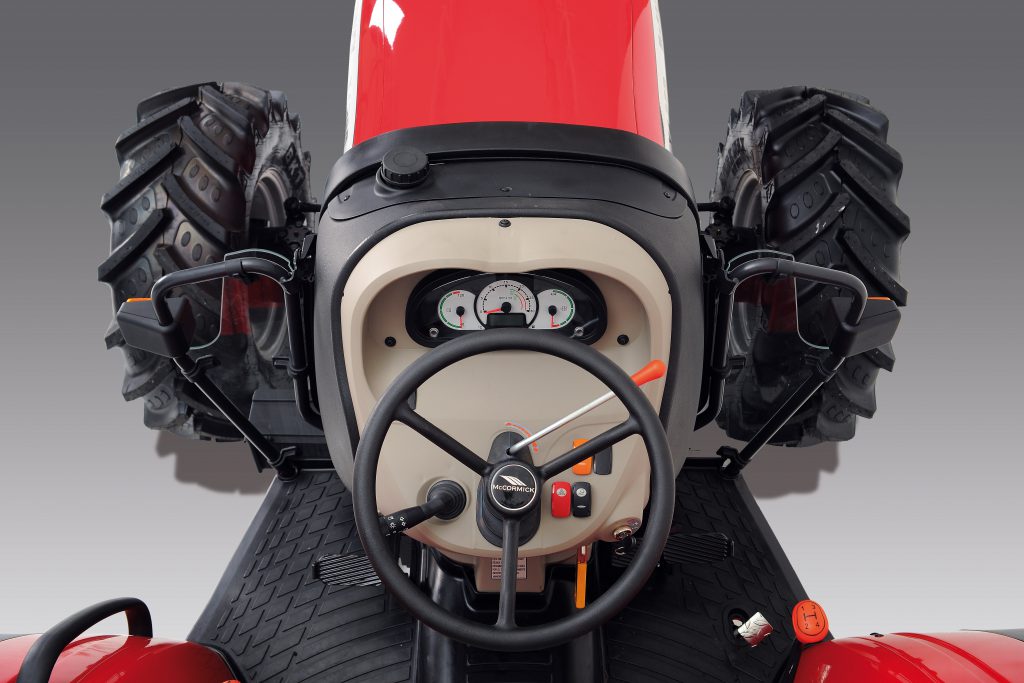 The new X4.35M is powered by a naturally-aspirated, 4.4L Perkins 1104D-44 engine. It does without a complex SCR (Selective Catalytic Reduction) exhaust gas treatment system, which will be music to the ears of some prospective buyers.

The hydraulic pump delivers up to 20L/min for the steering circuit and 45L/min elsewhere. The rear 3-point linkage can hoist a maximum of 2.7t. Up to two spool valves can be specified, as part of the standard build configuration.

Of course, McCormick has also been busy of late at the other end of the power spectrum. The company recently unveiled its new, range-topping X8 Series tractor at trade shows and events around Europe. 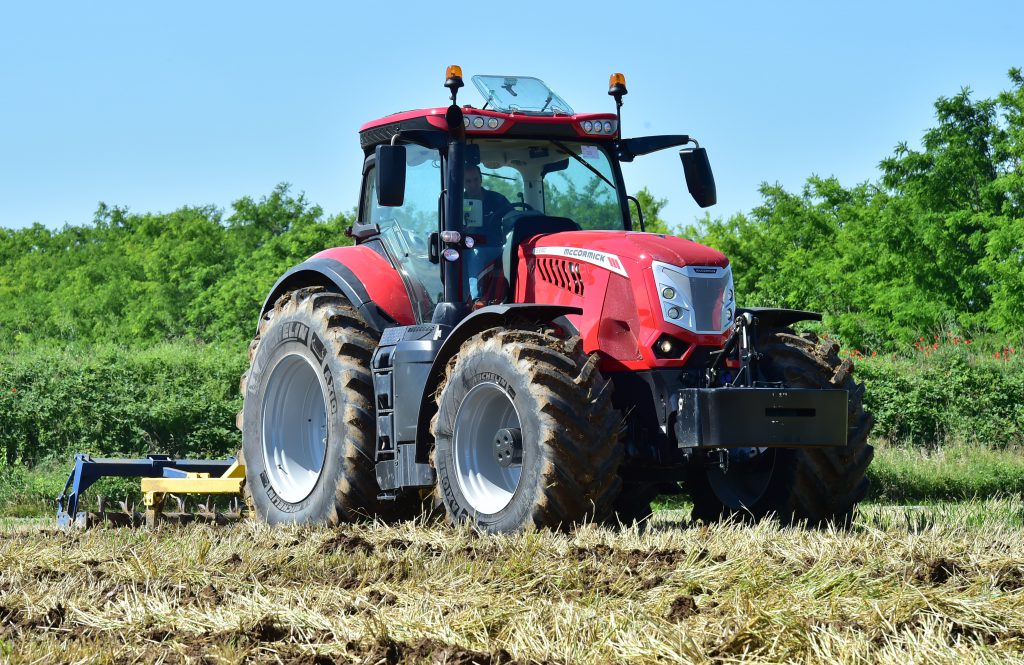 The biggest model boasts 310hp. Two smaller models also feature in the line-up, with power outputs of 264hp and 286hp. All feature a 4-stage continuously variable transmission with a 40kph (ECO) top speed at just 1,300rpm or a 50kph top speed at a fuel-sparing 1,600rpm. 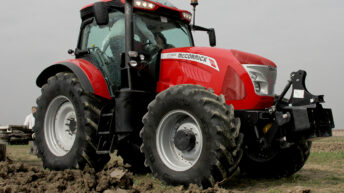