Pics: A New Holland with more than a hint of ‘Ford’ 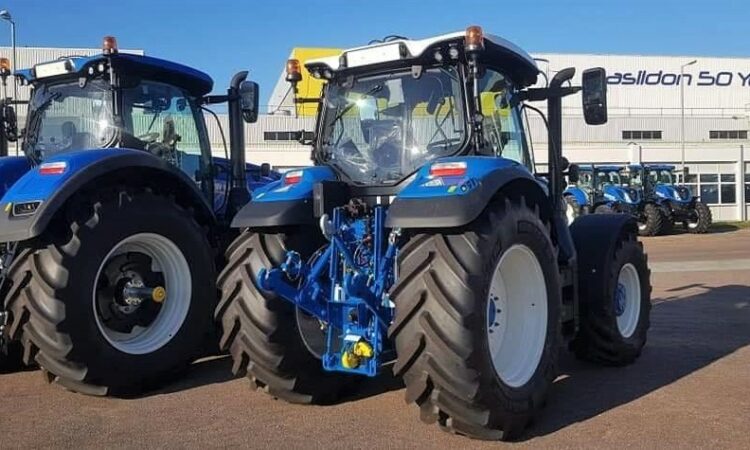 These images (above and below) are doing the rounds on social media. They depict what appears to be a New Holland T6.180, albeit with a striking livery (colour scheme).

The colour scheme harks back to the Ford tractor days, with its blue undercarriage (skid unit), blue hubs and white roof.

These pictures were spotted on the Facebook page of Munsterman BV, where the tractor was described as having a ‘Ford Classic Pack’.

The Munsterman group, for the record, is a franchised New Holland dealer (and previously a Ford tractor dealer) in the Netherlands. The dealership’s association with Ford tractors goes right back to 1971.

Corresponding models (albeit with significant differences) have simultaneously been launched by sister brand Case IH.

The new Genesis T8 with PLM Intelligence (pictured below) – to use the full marketing lingo – has customisable controls and a “re-imagined cab design”.

“The in-cab experience has been enhanced to remove obstructions and ensure maximum visibility.

“The new InfoView monitor is positioned in direct line-of-sight on the dash so you can keep your eyes on the horizon ahead. Strategically placed cameras make it easy to navigate in and out of traffic and keep your eyes on in-field work as well.

“New 360º LED work-lights turn night into day, delivering up to 25% more visible light for greater awareness of surroundings while operating.” 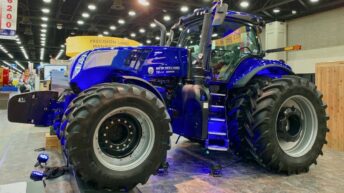