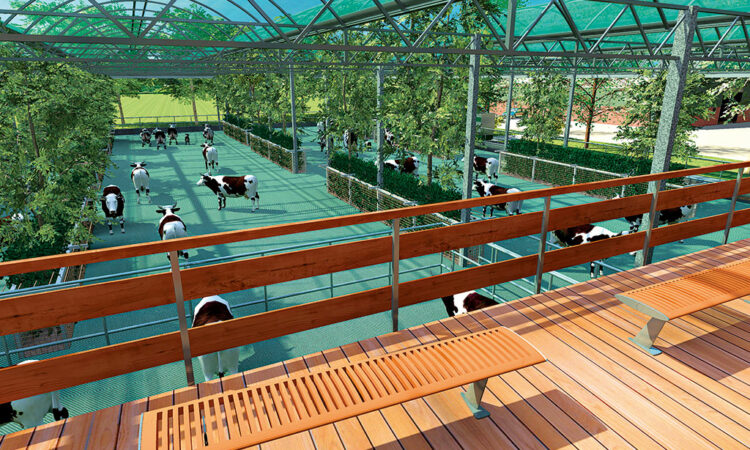 An artist's impression of the Floating Farm. Image source: Beladon

An ongoing project has been causing quite a stir in the Dutch city of Rotterdam recently as the construction of a floating dairy farm is underway.

It is difficult to imagine but, in a port in Rotterdam, a fully-functioning floating dairy farm operation will soon set sail.

A spokesperson for the project explained to AgriLand that the idea for the aptly-titled ‘Floating Farm’ in the city arose from a number of factors combined.

These factors include: urbanisation; reducing arable land; rising populations; and to reconnect citizens with food production, because some children think “milk is growing in the supermarket”.

Interestingly, 80% of the feed for the cows will be sourced in the city.

A total of 40 Meuse Rhine Issel or Rotbunt cows will board the Floating Farm, AgriLand understands.

The floating dairy farm, by developer Beladon, has become a global showcase project. The base of the structure will consist of a concrete floating box of 30m x 40m and will include a cellar for milk production and waste processing, a shop and a visitor centre.

Slurry will be dried and processed on the farm to be sold as compost to people living in the city.

It is hoped that the Floating Farm will be in operation by the end of the year. 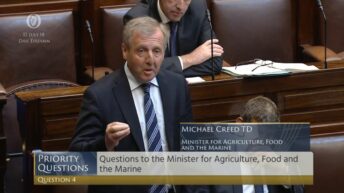