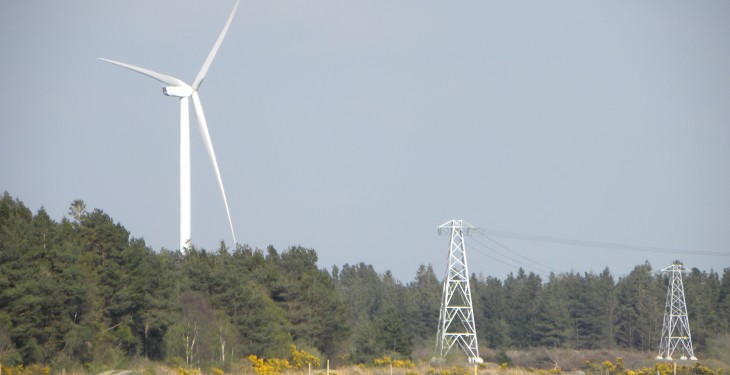 An overhead line is still the most effective and appropriate solution on the North-South 400kV Interconnection, Eirgrid says.

Eirgrid recently published its new draft strategy for the for the development of Ireland’s transmission grid.

On the North-South Interconnection the proposed development is an overhead line linking a substation in Woodland, Co. Meath and a planned substation in Turleenan, Co. Tyrone, it says. This will provide a second high-capacity electricity transmission line between the two jurisdictions, it says.

For the Grid West and Grid Link projects alternatives to building 400kV overhead lines are being considered, the Irish energy company says.

The following are the options for Grid West:

The original proposal for Grid Link was to to build a fully overhead 400kV HVAC overhead line at a capital investment of €500-550m. Eirgrid says that a number of alternative options have been researched. These new options are as follows:

The Irish energy business says that the strategy is shaped by the following three key pillars; open engagement with communities, making the most of new technologies and a commitment to make the existing grid work harder before building new transmission infrastructure.

Speaking at the launch of its draft strategy, Eirgrid Chief Executive, Fintan Slyne, said that Eirgrid published Grid25 in 2008 based on the economic information and growth forecasts available at that time. He said that Ireland has withstood significant challenges in the intervening period.

“The ultimate cost of the programme is anticipated to be in the range of €2.7bn to €3.9bn, depending on which options are selected. The last review in 2011 estimated a cost of €3.2bn based on plans at that time,” Eirgrid says.

IFA Environment and Rural Affairs Chairman Harold Kingston has described Eirgrid’s announcement to work on existing infrastructure, rather than develop new electricity projects in the South East (Grid Link), and to explore undergrounding on Grid West, as a significant response to genuine concerns raised by farmers and local communities regarding the need and scale of the projects proposed.

Harold Kingston has also called on EirGrid to ensure that all options are presented to An Bord Pleanala at the forthcoming oral hearing for the North South interconnector project as real concerns remain.

“An Bord Pleanala, as the highest planning authority in the State, must be in a position to make their planning decision based on having all facts and options on the table.”