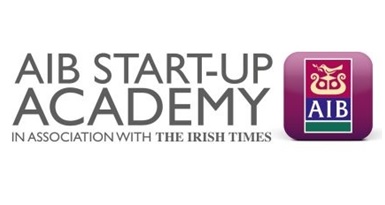 Herdwatch is the overall winner of the competition. Image: AIB

Herdwatch, the farming app, is the overall winner of the 2015 AIB Start-up Academy, in association with The Irish Times.

The app allows farmers to register calves on their smartphone immediately after birth, manage breeding and be fully compliant with remedies legislation.

Accepting the award Fabien Peyaud, co-founder of the start-up, said that it’s not often that he is speechless. “This is heavy. It’s worth its weight in gold. As far as Herdwatch is concerned…this is absolutely amazing. I hope we look back on this and say this was the start of the journey,” he said.

AIB says that 299 people applied to the AIB Start-up Academy and that 56 of those businesses were then invited to submit their business plans before 20 were selected to pitch to a panel of judges. After a further judging process 10 start-ups won a place in the Academy, who then completed an right week training programme, AIB says.

As winner of the competition, Herwatch has won €50,000 print and online advertising spend with the The Irish Times. The prize also includes €90,000 advertising spend across Joe.ie and Her.ie and mentoring from AIB, among others.

Speaking ahead of the event Peyaud said that the pressure is on, but that he was trying not to let that affect him too much.

“I have spent a lot of time going through my notes from the past 8 weeks, and I am genuinely amazed at how different (and hopefully better) this pitch is going to be from any other I have done before. Only time will tell…but whatever happens it has been truly “game-changing” experience for Herdwatch and me,” he said. Herdwatch tweeted their success;