Cork farmers accounted for the highest number of applications to the Farm Safety Scheme, according to figures released by the Department of Agriculture to Labour Party TD, Michael McCarthy.

Releasing the figures by means of a parliamentary question this week, Minister Coveney said farm safety is a critical issue facing farming today and is something that he is seriously concerned about.

He said it has been identified as a priority area for investment under TAMS II and it is proposed that a new Farm Safety Scheme will be introduced in 2015, subject to EU Commission approval of Ireland’s Rural Development Programme.

The Minister also said that the Knowledge Transfer measure proposed under the new RDP will also include a mandatory Farm Safety module as part of its training for farmers.

Separately, he said the Department of Agriculture included a Farm Safety Leaflet in the information packs being issued currently to over 130,000 farmers. The Department will also be using its text messaging service to issue safety messages to farmers at critical times of the year, he said.

The current Farm Safety Scheme has been designed to overcome some of the particular hazards which may be present on farms.

Farmers are set to spend double the minimum investment of €2,000 through the Farm Safety Scheme.

According to recent figures from the Department of Agriculture, the average investment proposed by farmers who have had applications approved to date is €5,500. 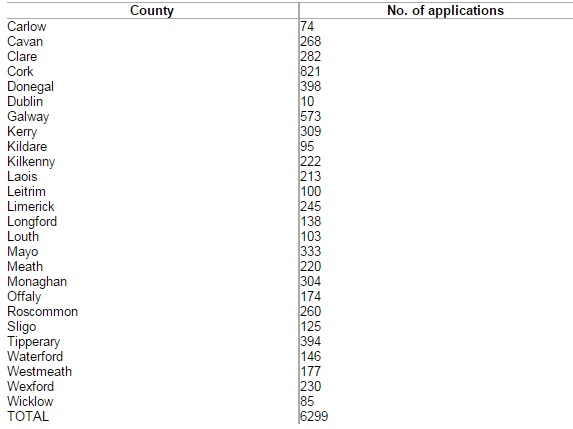