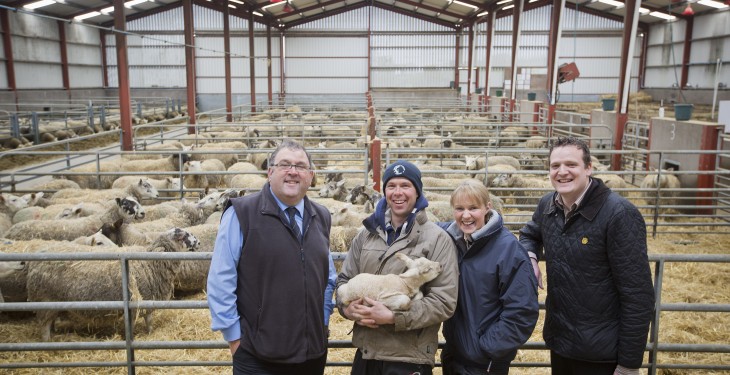 Moy Park is encouraging farmers with spare shed capacity to rear turkeys in the run-up to Christmas.

In response to a growing market for turkey which, it says, consumers recognise as a healthy and versatile protein, Moy Park has developed this way of creating additional short-term production capacity.

Moy Park’s Agricultural Projects’ Manager, David Mark, said a lot of farmers, particularly sheep farmers, require sheds for intense, busy periods such as lambing, but have relatively little subsequent productive use for them when that work is completed.

“Turkeys can be reared in these good quality farm sheds between September and December, when these sheds would otherwise be unused. This system works particularly well as the turkeys are reared and off the farm weeks before the shed is needed again for lambing and farmers who are good at producing a crop of lambs can easily turn their stockmanship skills to producing a crop of turkeys,” he said.

Hilary and Roger Bell, Ballymena, are farmers who have been using their purpose-built lambing shed to grow turkeys in the run up to Christmas for seven years.

Hilary said that when they built the lambing shed they wanted to get as much return on the investment as possible so adopting the design to house turkeys was the perfect solution. She also said the turkeys are not too difficult to look after and they generate a source of income from a space that would otherwise be sitting empty.

Moy Park said that farmers planning to build new sheds can have specifications for turkeys incorporated at the design and build stage or existing sheds can be easily modified. It says for sheds to be suitable they should typically be approximately 150ft x 35ft (around 5000sq ft.) in size with a solid concrete floor, good road access and with two- three acres of grassland alongside.

Moy Park’s Agricultural Project’s Manager said that some investment would be required in feeders, drinkers and other equipment. He said that Moy Park would supply inputs such as day-old birds and feed, as well as providing expert advice and support throughout the set up process and offer a competitive finance package.