As is expected Cork due to its size saw both the highest amount of Single Farm Payment deductions last year followed by Galway and Mayo. In terms of the Disadvantage Area Scheme payments Galway had the most deductions in 2014 followed by Mayo in 2014. 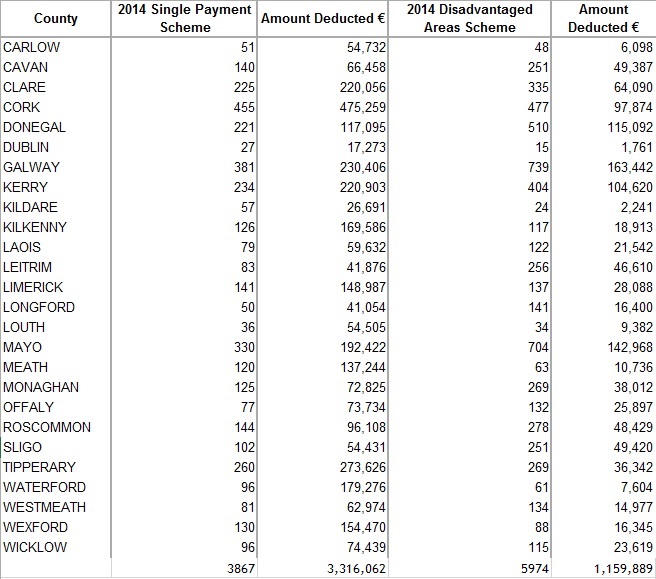 CAP penalties to be relaxed

Potential penalties incurred by farmers under the new CAP are to be relaxed for the first two years, according to the European Agriculture Phil Hogan.

Speaking at a hearing in the European Parliaments Agriculture Committee, Commissioner Hogan said he has decided to relax the penalties in the first two years of the new Common Agricultural Policy.

He said this was due to many Member States having not yet having geared up their Land Parcel Identification Systems.

“We are relaxing the penalties on top of errors. As you know you can have a penalties as well as an error,” he said.

Commissioner Hogan said told MEPs that for the first two years there will be no penalties imposed on producers.