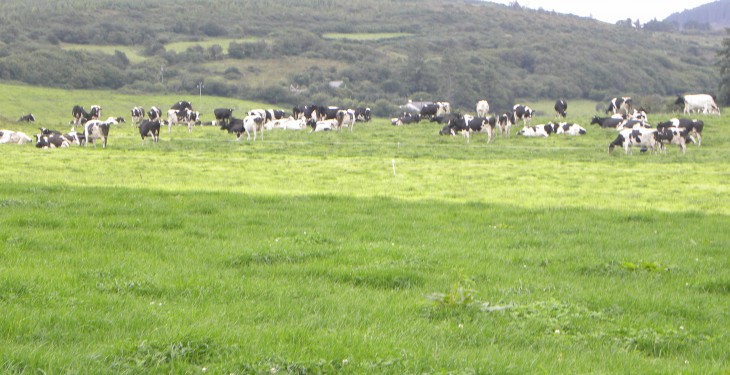 Irish dairy farmers are facing an €80m superlevy bill, according to the Minister for Agriculture, Food and the Marine Simon Coveney who released figures showing that the country was over quota by 5.07% at the end of February.

The Minister said that Ireland is an estimated 5.07% over quota, when account is taken of the butterfat content of the milk deliveries.

“While this figure continues a downward trend in the over-quota position, coming down from 7.15% in October, indications are that Ireland will still end the milk quota year in the region of 5% over quota which equates to a superlevy bill of about €80m.”

He said that he has on numerous occasions, called on the Commission to take action to mitigate the impact of super levy fines, e.g. via utilisation of an adjustment to the butterfat coefficient, as this would not have required an amendment to existing regulations.

“Unfortunately, there was no realistic prospect of any movement on the superlevy or on the butterfat adjustment at EU level given the level of opposition of MS who did not share our views on this matter.

The Department, he said, will be required to pay the superlevy in full to the European Commission by the standard deadline of November 31, 2015, with the terms of the scheme requiring farmers here to repay a minimum of one-third of the payment this year and two thirds by next, with the remainder payable in 2017.

“My officials are working out the practicalities of implementing this scheme in consultation with the relevant stakeholders.”

Pat McCormack, Deputy President and Chairperson of ICMSA’s Dairy Committee, said that feedback from his members based on their February milk statements indicated a further increase deriving from current optimum weather conditions and the increased number of milking cows on the ground, Ireland could potentially be facing a superlevy fine of around €100m by April 1.

He said this is a huge and massive drain of funds from rural Ireland at a time when it is facing major challenges including the fact that at dairy farm level current milk price is 9c/L below March 2014 levels – a massive 30% reduction – with the consequent impact on dairy farm incomes and ‘knock-on’ effect in rural spending.