Ornua ‘hoping’ for a milk price recovery in early 2017 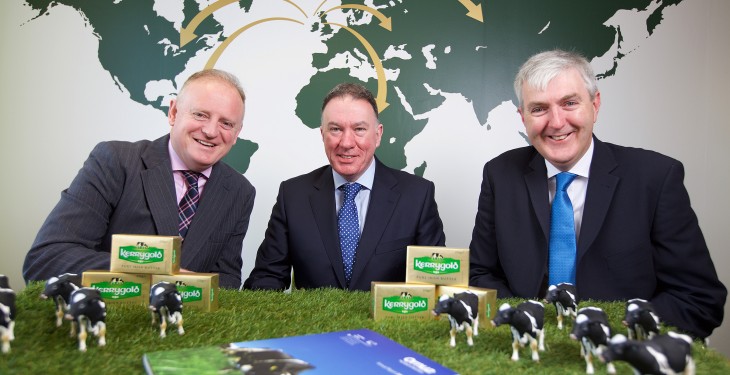 Kevin Lane, Ornua CEO, would love to say that there is an imminent [milk price] recovery around the corner but unfortunately supply and demand imbalance takes a while to correct.

Lane was speaking following the announcement of Ornua’s 2015 annual results at Ornua HQ in Dublin yesterday.

“While we will have a challenging 2016 we would be hoping for an uptake during the early part of 2017.

“We don’t think today’s prices are sustainable. In many countries around the world, the price being returned for milk is at a level that is unsustainable and unprofitable for farmers and manufacturers,” Lane said.

I’m pleased to say we were able to put back €29m into the dairy economy of Ireland and it’s fair to say it was never more badly wanting.

“We stepped up at this time, recognising that 2016 is going to be terribly challenging.”

The Ornua CEO said its strategic direction for 2016 is to continue to invest in the six areas of brand growth, new product development, in-market development, capital expenditure, mergers and acquisitions, and, lastly, dairy trading.

“We’re concerned about 2016, coming off a record 2015 … It’s our job to protect our farmers and shareholders on the way down, with a definite price lag through product price support – as we have been doing,” Lane said.

“By 2020, our aspiration is to be a €3 billion dairy corporation. We want to make sure we are achieving a consistent trading profitability of 3% but never forfeiting the price paid to farmers, while maximising that price.”

Earlier today Ireland’s largest exporter of dairy products reported that the Group’s sales increased 9% last year on 2014, with sales standing at €2.5 billion for 2015.

An international milk price recovery will be based on a reduced milk supply in Europe, a lift in oil prices, Chinese demand strengthening and an end to the Russian trade ban, said Ornua’s Managing Director of Commercial and Ingredients Division Joe Collins.

On milk markets, Ornua has said that there is an urgent need for global [milk] supply constraint.

“At the end of the day, we have to keep in context that we are about 1% of the world’s milk supply,” said Lane in response to the market comment.

“So while on the one hand we want our chance to play on the world market … on the other we recognise that as responsible producers there is going to have to be some sort of supply limitation.

“In the post-quota environment, I’m not quite sure what mechanism the European Commission have to activate that. So, thus far, little enough has happened other than the pick-up in intervention.

Lane said continued volatility in the milk price is likely to fluctuate for the next decade between the low-twenties (cents per litre) and high-thirties.

Earlier this month ,new EU rules providing the opportunity for farmers to take up incentives to reduce milk supplies were finalised and published into official EU regulations.

As announced by Commissioner Hogan in March in response to the difficult milk market situation, the Commission is open to allowing agreements between recognised Producer Organisations, their associations and recognised Interbranch Organisations to plan milk production for a temporary period of six months. 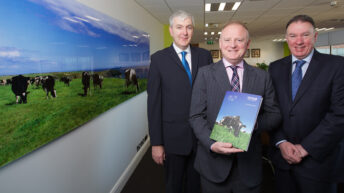