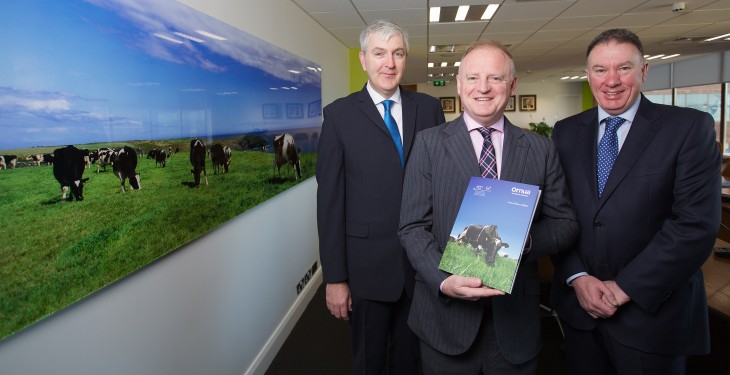 Ornua paid out €9.2m in directors fees and global executive pay over the last two years, according to Ornua’s annual results for 2015.

It is the first time that remuneration details of executive pay have been revealed by the company.

Global executive remuneration of nine executives has reduced from €4.8m in 2014 to €4.4m last year, the results show, owing to a reduced performance related bonus.

According to the results, this equates to each global executive earning approximately €490,000 last year.

“Under accounting rules, you just have to give one total, but we’ve broken it out between directors and executives … we have gone beyond the bare requirements,”Ornua chairman Aaron Forde said.

“We have a remuneration committee that deals with all these matters … there are frequent reports from the remunerations committee back to the board.

“We’re the only co-op in Europe to reveal their directors’ fees,” Forde said.

“If you look at FrieslandCampina or lots of our peers in Europe, they do not reveal [key management remuneration] at the level we reveal.”

This included €21m investment into the UK (AFL Dairy Innovation Centre and Meadow Cheese Capacity Extension), €20m into its Saudi Arabian manufacturing plant, €14m into new production line equipment in Germany and €10m in the USA for its Thiel expansion and innovation centre.

Kerrygold’s retail sales reached a record €740m in 2015, according to Ornua’s annual report.

Ornua CEO Kevin Lane said Kerrygold’s marketing plan is to become a billion-Euro brand within the next five years.

However, Kerrygold’s success in Europe (number one butter brand in Germany) and the U.S. (number three) will not side-line its new product development, Lane said.