Award of €40,000 to hill walker ‘should not be causing worry for farmers’ 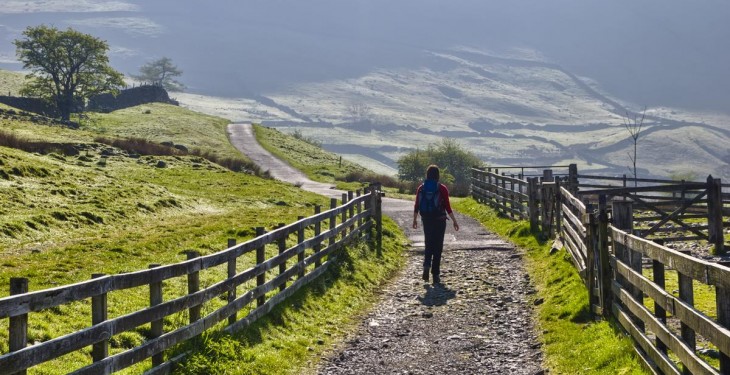 Mountaineering Ireland has refuted claims from the IFA and ICSA that farmers should be worried about a recent court judgement which awarded a hill walker €40,000 in damages.

Teresa Wall claimed the damages last week against the National Parks and Wildlife Service (NPWS) after she fell on a boardwalk on the Wicklow Way.

Helen Lawless from Mountaineering Ireland said that his case could not have succeeded had the woman been injured by a fall on rocky ground, rather than a boardwalk.

“This judgement is under Section 4.4 of the Occupiers Liability Act where there is a higher duty of care on the landowner for structures that are provided for use primarily by recreational users.”

That higher level of responsibility does not apply to other structures you would find in a farming environment or features in the natural landscape.

“Most structures provided for use by recreational users that are on private land, such as stiles, bridges and boardwalks are part of managed trails where there is an insurance policy in place to indemnify landowners.”

Lawless also pointed out that if a farmer puts in a stile for his/her own convenience and even if it is used by walkers his/her duty of care remains minimal – not to deliberately injure the person or damage their property.

Also Read: ‘It’s unacceptable that a farmer should face a lawsuit through no fault of their own’

If an accident was caused due to a deficiency in the stile, then the claimant would find it very difficult to plead a claim because the landowner doesn’t owe them that higher duty of care, she said.

“The bigger picture here is that the law recognises that people engaged in outdoor recreation activities should be aware of the risk that is involved in what they do, and that they should take responsibility for themselves.

“This judgement should not be causing worry for farmers around the country.”

Lawless also said that it is also important to note that the judgement is being appealed.