The IFA election count in numbers and pictures 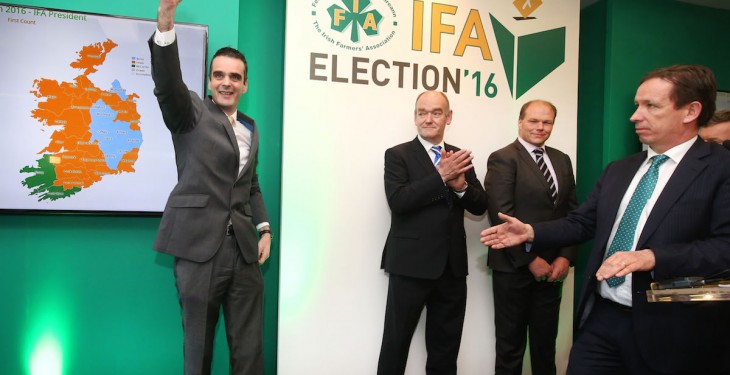 This evening the IFA election came to a close as Galwayman Joe Healy was elected the 15th President of the IFA. It comes after the former President Eddie Downey resigned from the role on November 25 – 146 days ago.

Debates between the candidates started on February 8 and voting started on March 29. Today, April 19, saw the counting of 28,093 votes from across the country.

The main counties where turnout was highest was Galway with 3,799 votes. Kerry saw the second highest turnout at 3,503 and Laois with 1,949 votes – the home counties of Joe Healy, Flor McCarthy and Henry Burns respectively.