A 1966 Massey Ferguson 135 with just 969 hours on the clock will be just one of the lots to go up for sale at a vintage auction in the UK today, with a guide price of close to €14,000 from selling agents Cheffins.

The tractor, which is 50-years-old, has done less than 20 hours of work a year, with a typical tractor of this age expected to have been driven for 15,000 hours or more, according to Cheffins.

The Massey Ferguson 135 Multi-Power, which has a 45bhp Perkins diesel engine and a top speed of just 21.7mph, is up for auction at the Harrogate Vintage Sale on today at the Great Yorkshire Showground.

Cheffins, one of the UK’s leading auctioneers of vintage vehicles and parts, is expecting between five and six hundred people to attend the public auction, with the Massey Ferguson 135 expected to be the main attraction. 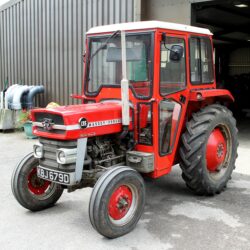 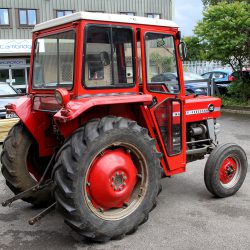 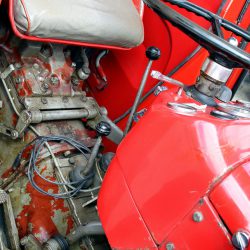 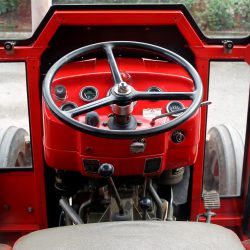 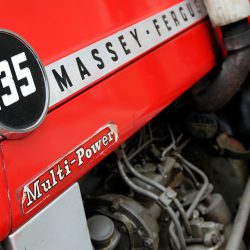 The tractor is estimated to make between €13,800-17,250, according to Oliver Godfrey, Director at Cheffins.

“This tractor was bought in 2005 for record money, it is very original, with the only alteration being the addition of a Duncan Supercab sometime in the 1970s.

The tractor will go up for public auction, but bids can be made online, according to Godfrey. There are over 85 other tractors up for sale, with other highlights including a David Brown Thresherman and a private collection of original Roadless Ploughmasters.

Also included in the sale is the last Marshall 100-4 manufactured, a pair of restored David Brown 780s with consecutive registration numbers, an articulated Massey Ferguson 1200 and a straight ex-farm Ford TW-35.

Need a second hand tractor for under €10,000? Here's what Donedeal has to offer