Opinion: What insurer would cover the enforced shut-down of a milk processor? 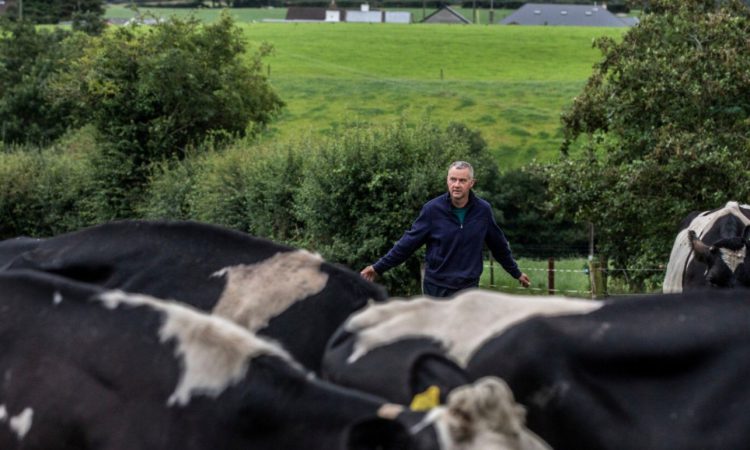 However, even with this huge investment the amount of surplus processing capacity at peak is very small. Conor Mulvihill of Dairy Industry Ireland (DII) estimates that surplus capacity during ‘peak week’ may be as low as 1% to 2%.

To put this in perspective, it is estimated that 250 million litres will need to processed during ‘peak week’.

While in a normal year this may be sufficient, in the current circumstances this is a cause for great concern. If a single processing site, even a smaller one, has to close, or not be fully operational, then the consequences could be catastrophic.

Such a scenario would require cooperation and coordination across all processors. The consequences of a larger site being unable to process, as we start to head towards peak production, would cause great concern across the entire supply chain.

So what can be done to flatten this peak? At processor level, contingency planning for a loss of processing capacity needs to be undertaken.

However, the ability to flatten this curve rests largely with farmers. The ideal situation would be that a reduced volume of milk – of higher solids content – is sent for processing. This may require sacrifices at farm level, such as the reduced use of concentrated feed and, perhaps, a move to once-a-day (OAD) milking where appropriate or feasible.

The latter, in particular, would lead to lower volumes of milk containing higher milk solids. To fully compensate farmers for this sacrifice, a revision of the value of the A, B and, especially, C components of our current pricing system may need to be reviewed.

Advertisement
Also Read: Milk Price Tracker 2020: How does your milk price compare to other co-ops? Find out…

A higher value for solids, along with a higher processing-cost deduction, may be required.

Another alternative is a voluntary reduction of milk supplies, with farmers paid to decrease production. While this scheme was used in 2016 to reduce milk production levels across the EU, there has been no detailed empirical analysis of its outworkings.

At present, it appears that the commission is reluctant to open its crisis toolbox to address the immediate issues [i.e. reopening intervention purchasing, Aids to Private Storage (APS) and export insurance].

Expecting an EU milk-reduction scheme to be functional before we reach the peak of Irish production would seem ‘optimistic’. Financing such a scheme – within the same timescale – would appear equally optimistic.

In order to deal with potentially catastrophic outcomes, many rely on insurance for protection. Amidst the current circumstances, it is unlikely that any insurance company would write a policy covering the enforced shut-down of a milk processing site.

This means that self-insurance is the only viable option. This might involve the creation of a mutual fund, whereby the amassed monies would be used to partly compensate any members whose milk could not be processed.

Such a fund could – in part – be underpinned by contributions from processors and the exchequer. The administration of such a ‘mutual’ fund might – in part – be funded by the EU, which considers the use of such mutual funds as a valid and valuable tool in its risk-management toolbox.

Letter to the editor: ‘Our over-55 farmers would have never retired in the first place’