Opinion: A ‘seismic impact’ on Irish farming; but are we ‘asleep at the wheel’? 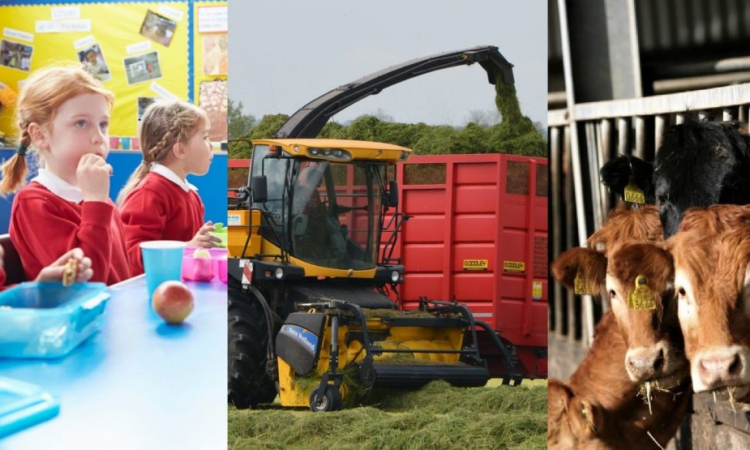 These have the potential to seismically impact Irish farming over the next decade or two; yet the veracity of the response from farm lobby groups has been somewhat underwhelming. Perhaps our farming organisations – like the media – have a relatively short attention span.

This week, for example, there is scant mention of either document in online news-feeds, in print or on the airwaves.

Of course, we have more immediate issues to grapple with – like the ongoing pandemic and the consequent ‘shut-down’ (albeit having eased somewhat) and the frenetic hive of activity that surrounds silage season (and the safety concerns that accompany it).

But we should not lose sight of what’s happening in Brussels; a ‘roadmap’ is being formulated that will – be in no doubt – complicate the ‘business’ of farming through the imposition of more restrictions right across the EU. Yet the worry looms – and looms large – that trade deals will continue to be struck that facilitate the passage of ‘cheaper’ food into the bloc.

Also Read: Opinion: We aspire to own land, but what does ‘ownership’ now mean…as farming itself may be ‘for sale’?

While EU bureaucrats have asserted that ‘commitments’ will be sought with regard to imported food’s compliance with ‘our standards’, this does not have the makings of a ‘level playing field’.

Must we contend with a scenario whereby Irish and EU farmers are subject to on-site inspections and stiff penalties for non-compliance; yet producers of imported food simply embrace a vague ‘commitment’?

More emphasis on ‘fork’ than ‘farm’

Despite the rhetoric running through these documents – the Farm to Fork Strategy and the Biodiversity Strategy – the overriding concern (on the part of politicians) seems to be the provision of sustainable and affordable food. That’s a laudable aim; it’s one that EU consumers will no doubt appreciate.

But what about the EU’s primary producers? Are political leaders content to enact policies that could effectively out-source vast chunks of farming activity to competing continents?

Perhaps they view the ‘gritty and grimy’ business of farming as one that simply doesn’t fit with a new, metropolitan Europe – a society that is content to consume nicely-packaged food but doesn’t want to grapple with the political sensitivities that accompany its production – be they related to emissions, animal welfare or any other ‘hot potato’.

On the other hand – and almost as worrying – is mounting concern over the ‘farming’ stance being taken by the current EU Commissioner for Agriculture and Rural Development – Janusz Wojciechowski.

He, it seems, will not unequivocally condemn what has been described as ‘protectionism‘ on the part of the dairy industry in Poland – his own nation state.

Are we to conceive of a situation whereby Irish and EU farmers must compete with ‘cheaper’ imports (on which the same restrictions or regulations are not properly policed) while, at the same time, some EU member states stymy the movement of food from other EU countries?

This should ring the proverbial alarm bells in Irish farm organisations and lobby groups. Our farming complex is massively reliant on exports…and ease of access to overseas markets. In the case of beef and dairy, in particular, we consume only a small fraction of what we produce.

The fight to protect the Irish farming industry will not be won on Irish supermarket shelves – such is the scale of our industry; it will be won or lost on foreign shelves.

Also Read: Opinion: A ‘protectionist mantra’ is not in Irish farming’s best interests

Indeed, news that Chinese authorities have suspended imports of Irish beef (due to the recent discovery of atypical BSE in a cow in Co. Tipperary earlier this month) shows just how daunting this ‘fight’ is.

All the while, farmers must contend with ‘climate activists’. They – in what they see as a defence of farmers – advocate that direct payments (to farmers) might even be increased as a reward for delivering so-called ‘public goods’.

But they fail to acknowledge that direct payments serve only as income buffers; and not as sole and sufficient sources of income in their own right. This is especially the case where new entrants (to farming) are concerned.

In any event, a small increase in direct payments – highly unlikely given the ‘realpolitik’ that now surrounds the EU’s MFF (Multiannual Financial Framework) – would do little to console an Irish farmer, if his or her underpinning enterprise had to scale back…or morph into little more than a wildlife sanctuary.

Opinion: We aspire to own land, but what does ‘ownership’ now mean…as farming itself may be ‘for sale’?