‘Of the 560 trillion grams of methane emitted every year, 550 are removed’ 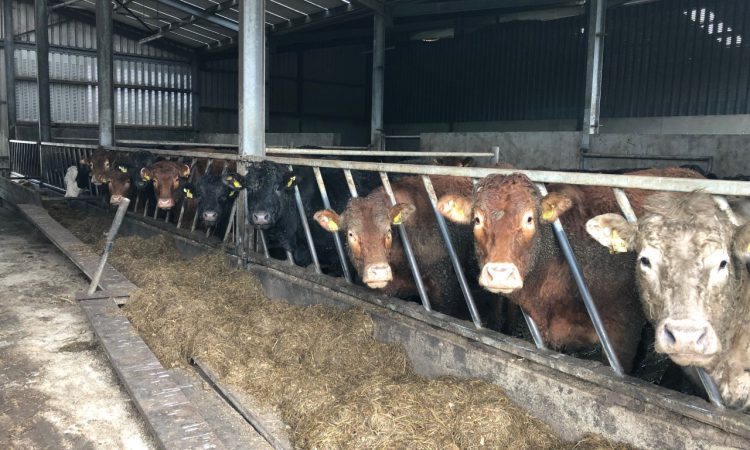 That was the message from Prof. Tommy Boland of University College Dublin (UCD). He was speaking on Tuesday, February 18, at the Agriculture Science Association’s (ASA’s) Meat Myth Busters event – which focused on the challenges and opportunities for Irish red meat – at the Killashee Hotel, Naas, Co. Kildare.

During his presentation, Boland reiterated that when people are discussing the impact that ruminant livestock have on the production of greenhouse gas (GHG) emissions that the same metrics should be used when comparing it with other industries.

Boland explained that two-thirds of the global land surface are made up of water, with one-third consisting of land.

The next topic of Boland’s presentation centred around greenhouse gas (GHG) emissions and methane production.

He explained: “24% of global GHG emissions arise from agriculture – 60% of which comes from livestock production, according to the recent Intergovernmental Panel on Climate Change (IPCC) report.

“If we delve a bit further into the emissions coming from livestock production, 40% come from enteric fermentation – which is the digestion of cellulose in the rumen by microbes. In other words, this is the tax that animals pay for when they produce methane.

“Furthermore, this is one of the big sticks that are used to beat the ruminant sector. However, we need to be cognisant about how we compare different sectors. For example, the 14.5% emissions attributed to livestock only look at life-cycle emissions.

“However, if we look at direct emissions, livestock only accounts for 5%, while transport emissions total 14%.

“Therefore, we need to use the same metrics when comparing one sector to the other.”

Boland went on to explain how Ireland is like a developing country when it comes to its GHG emissions profile.

He explained: “Our GHG emissions profile is like that of a developing country, instead of a developed country.

“The reason why one-third of our GHG emissions comes from agriculture is that we don’t have a heavy industry, compared to other developed countries. We have more cows relative to our population.

Therefore, this is the reason why our livestock industry gets so much stick because there is no other industry like it to compare it with.

“The EU average for agricultural emissions is 10%. However, if we were to compare against other sectors we would come off very well in terms of emissions.

“New Zealand, Australia and Uruguay have similar emissions profiles to Ireland in terms of agriculture, but there is proof that we are improving and becoming more efficient.”

Boland praised the role the Irish agricultural industry has played in helping the economic recovery – since the crash in 2008.

He explained: “In 2008, the agri-food industry was the key driver of economic recovery. Since then, we have seen an increase in the number of dairy cows and a reduction in the suckler herd.

However, since 2008, the value [of overall output] of dairy products has increased by 66%, with beef products seeing an increase in value of up 20%.

“During that same period, enteric methane emissions only increased by 10%. Therefore, the economic value of our products is increasing at a much faster rate than our emissions.”

Boland went on to talk about methane and carbon dioxide (CO2), and the impacts each have on the atmosphere.

He explained: “Heavy industries produce a lot of CO2, yet our small country that produces good-quality food products gets hammered about GHG emissions on a much more frequent basis.

“Both (methane and CO2) are listed as GHGs, yet they act completely differently from each other. Methane emitted today will be removed from the atmosphere in 12 years time. However, CO2 released into the atmosphere today will stay there for centuries.

“On the flip side, stabilising CO2 emissions results in continuous warming for decades – which is obviously bad and, compared to methane, is a much bigger problem.

“Therefore, the picture being painted of Irish agriculture is not as bad as people perceive. I can safely say that red meat is not a key driver of GHG emissions.” 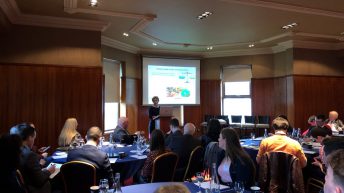