Independent TD Carol Nolan has said that there is “no sign of the chaos and dysfunction within the forestry felling and licencing system being effectively addressed”.

Deputy Nolan went on to say that the issue has now reached a point where the capacity to maintain employment in the industry is now actively under threat.

Nolan was speaking after receiving a reply to a parliamentary question she had submitted on the matter, following “numerous representations” from tree planting farmers and those within the wider forestry sector.

The fact that there is a massive backlog of forestry felling licences is something that the previous minister [Michael Creed] and the present Minister for Agriculture [Dara Calleary] have known for some time.

“Most of this is down to the pre-licencing compliance requirements that have emerged since the European Court of Justice made its ruling in 2019,” the TD noted.

“This has created the space for an enormous amount of appeals to be made against the issuing of licences under the ‘ecology’ heading.

“As I understand it, however, up to early March of this year, there were still only two ecologists dealing with forestry licences, with an additional four local ecologists being deployed on contract to provide extra support,” Nolan added.

‘This has clearly done next to nothing’

“This has clearly done next to nothing to reduce the backlog and the subsequent threat to employment that is being created. There is just way too much uncertainty and red-tape for people to navigate.

Jobs – and indeed an entire sector – are on the line here unless we get this right and get it right fast.

“This is also totally counter-productive from an environmental point of view. What farmer is going to be encouraged to take up forestry if this is the level of dysfunction that they will have to deal with on a regular basis?

“This, in turn, will drive down even further our capacity to meet the kind of annual afforestation targets which are set out in the Climate Mitigation Plan.

“The department needs to immediately implement measures that will effectively address this problem,” Nolan concluded. 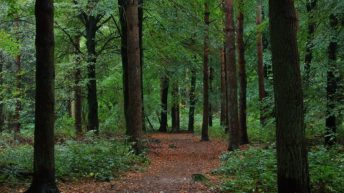