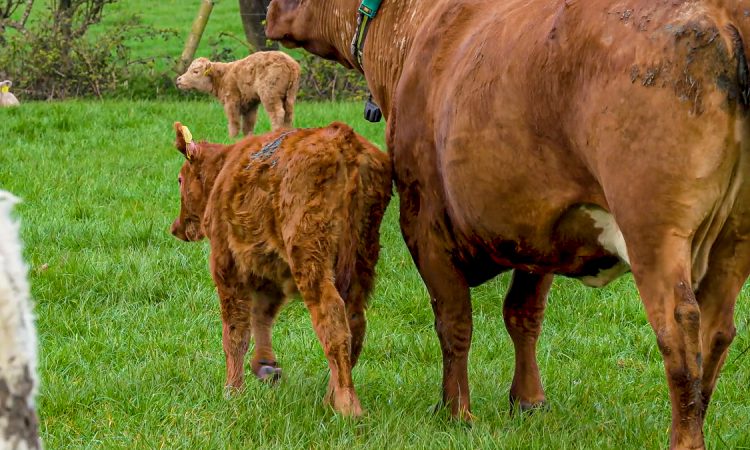 A beef farmer in Co. Cavan has voiced his concerns with the TB herd history risk statement issued to him by the Department of Agriculture, Food and the Marine.

Edward Blakely, who farms pedigree Salers and Charolais cattle, highlighted inconsistency over the letter he received, advising him to cull clear animals, with actions involving inconclusive animals that he had last year.

He also questioned why some of his clear animals should be categorised as ‘recommended to cull’ based on a former owner going down with TB…some three years after selling them on.

I got the letter from the department and it told me that I had six animals in my herd that needed to be culled and removed.

“I rang both men whose herds the cattle came out of. Four cows came from a farmer in Co. Tipperary. He bought the cows five years ago from [a Limerick farmer].

“Two years ago, the Limerick farmer’s neighbour went down with TB, so they tested him. He lost seven cows then with TB. When the cows – seven pedigree Salers cows – were killed, there were no lesions in the seven.

“My four cows were gone out of that herd three years previous, before that ever took place; they weren’t in the herd when those cows went down for that man.

“They were clear on the test when [the Tipperary farmer] bought them from [the Limerick farmer]; there was no TB in that area at the time.”

Turning to his own herd, Edward added:

We had a TB test in June and the cows are all 100% clear. The man that I bought the cows off of, he’s after having a clear test on the cows left on that farm. He lost one cow with TB back in 1988 – since then he’s had a TB-clear herd.

“The cows are 100%. I’m building a herd at the minute; I lost the herd last year with TB. The other two cows came out of a herd in Co. Leitrim; that man lost a cow and a bull with TB about four years ago. When the bull and cow were killed, there were no lesions in them either.

“The department is requesting that I remove the cows, saying: ‘You should consider culling these animals as soon as possible’. At the rate that’s going on, they’re going to take an awful lot of cattle out of Ireland…they’re going to put people out of cattle altogether.”

Turning back to his six animals he said: “Those cows were all [TB] tested when they were bought; they were all tested the last day. They were 100%.

I was dreading doing the test beforehand, after losing the herd previously to TB. The vet said to me afterwards: ‘You’ve a very clean herd here; there’s no problem with any cattle’.

“There wasn’t one smudge on them – and now they’re talking about taking those cows out of the herd.

“When I was down with TB, the first day I went down, I had five inconclusive cows and they wouldn’t take them. But now they want to take the ones that are clear. There’s no sense in this.

They were inconclusive cows – there was one cow that had a calf which was three months old; it went down with TB. I was also keeping a heifer from the year before. When they blooded the animals then she went down on the blood [test]. The mother of those two animals was an inconclusive cow.

“I said to them: ‘Take those five inconclusive cows now so that the next time I have a test I might get this thing cleared up’. The words I was told were that if they took all the inconclusive cattle in Ireland there would be nearly no cattle left – that’s what I was told.”

After making a case to take the inconclusive animals, Edward said that the department agreed to take the cow – but would not take the four other animals.

“I urged them to bring the other four as well but they wouldn’t do that. They took the cow; she was clear in the blood when she was tested for TB and she was inconclusive on the skin – but when the cow was killed in the factory she was full of lesions.

Then, when my 60-day test came up again, there were a raft of cattle down again, and the four that they left inconclusive that day, they went down with big lumps the next day. When those four were killed in the factory, they were full of lesions as well.

Turning back to present day, the Cavan farmer said:

“Now they want to take cattle out of my herd when they are 100% clear – and who’s going to compensate me?

“Am I going to take a cull price for them now, for four pedigree Saler cows from Tipperary, and a first-calving heifer and a third-calving cow from Leitrim? Cows that are well back in calf again, who’s going to pay for them? It’s awful carry on.”

Asked if he intends doing as the department says, Edward said:

“I will hold onto my cows. I bought eight cows from the man in Tipperary – are they going to leave four with me and take four off of me? What’s the point of taking four and leaving the other four, which the man bred himself?

Those eight cows have been together for the last five years – what’s the point in taking four now? I’m getting it hard enough to build up a herd and giving big money for cows only to have them come out and order me to get rid of them.

“It’d be different if those cows came out of that herd and that man had been tested recently and went down; I wouldn’t say a word, I’d give the cows no problem. I’d say ‘yeah, they’d have to go, they’ve come from a reactor herd’.

“But coming from a clear herd, from a man who hadn’t had TB since 1988, taking clean cattle out of the system, and then leaving inconclusive cattle on our farm for two months more until they tested them again, letting them spread it far worse.

“They’re not clearing up TB like this,” Edward concluded. 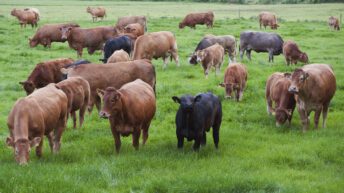