Northern Ireland Water was today fined a total of £80,000 for three serious water pollution offences – including an incident which caused a “major fish kill” in Co. Down.

The fines were handed down at Downpatrick Crown Court after Northern Ireland Water Limited entered early guilty pleas on June 21.

The company agreed to pay almost £13,000 in fishery remediation costs.

The sentences were linked to three pollution incidents.

The first fine was in respect of a discharge from Annsborough Wastewater Treatment Works in October 2016 which caused a “major fish kill” in the Carrigs River, Co. Down.

Two fines were also imposed regarding incidents in January and March 2017 where the Blackwater River in Co. Down was polluted.

On October 8, 2016, the Northern Ireland Environment Agency (NIEA) investigated a report of fish mortalities in the lower reaches of the Carrigs River near Dundrum, Co. Down.

From the joint investigation with DAERA Inland Fisheries staff, the source of pollution was traced to Annsborough Waste Treatment Works which is owned and operated by NI Water.

As a consequence of this pollution incident, a major ‘fish kill’ occurred with a total of 1,928 fish mortalities counted including 23 salmon and 1,905 trout.

Given the difficulties confirming accurate mortality counts, these figures represent the minimum recordable loss of fish life associated with this incident.

The waterway was impacted by the discharge from the works for over 6km.

Further to the investigation, a sample taken of a white material, later identified as a polyelectrolyte, at the outfall from Annsborough Waste Treatment Works was shown by analysis to have had a very high chemical oxygen demand along with elevated levels of aluminium, chromium, copper, iron, manganese, nickel, lead and zinc.

This indicated that the sample taken contained poisonous, noxious or polluting matter which would have been harmful to fish life, DAERA said.

Advertisement
NI Water was fined £20,000 in respect of this incident and agreed to pay £12,718.36 in remediation costs to NIEA to facilitate fishery improvement works on the Carrigs River.

The other two water pollution incidents related to breaches of the Water (NI) Order 1999 Consent held by NI Water in respect of Killinchy Waste Treatment Works in Co. Down.

On January 25, 2017, NIEA water quality inspectors investigated a report of water pollution impacting the River Blackwater at Killinchy where they observed the river to be significantly impacted by sewage fungus.

The inspectors found that the final treated effluent discharging from the works was of visibly poor quality. Consequently, a sample of the discharge was collected which was found to contain poisonous, noxious or polluting matter which would have been harmful to fish life in the receiving waterway.

On March 30, 2017, NIEA Water Quality Inspectors carried out a routine assessment of the water quality in the Blackwater River at Ballymartin Road, Killinchy and discovered the river bed was impacted by an extensive growth of sewage fungus over a 1.5km reach.

Again from analysis, the sample taken was found to contain poisonous, noxious or polluting matter which would have been harmful to fish life.

Under the Water (NI) Order 1999, NI Water is permitted to make discharges under certain conditions in respect of Killinchy Waste Treatment Works.

However, the court found that NI Water had breached the conditions of that consent in both January and March 2017 and it imposed fines of £30,000 for each incident.

Through working with NI Water, the average number of significant water pollution incidents attributed to them in the last three years is 63% below the level recorded in its first three years of operation, 2007-2009.

Whilst these were very serious incidents, NIEA acknowledged the swift pro-active actions taken by NI Water following them.

NI Water were also directed to pay an offenders levy of £15 regarding each case. 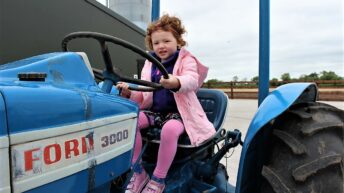