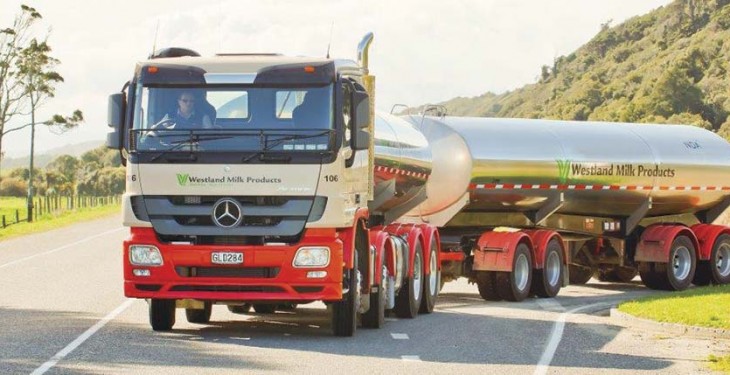 Westland Milk Products, New Zealand’s second biggest dairy co-operative, today announced a drop in its pay-out predictions for 2015-16, saying a forecast 15 to 25% reduction across all commodity products for the remainder of the season is the driving force behind the decision.

Chairman Matt O’Regan says the new predicted payout of $4.15 – $4.45/kg of milk solids (kgMS) (previously $4.90 to $5.30 per kgMS) will be grim news for Westland’s shareholders but, given the widely publicised state of the global dairy market, not unexpected.

He says lower prices are expected to remain for this season and probably into the second half of 2016 – the beginning of the 2016-17 season.

“As farmers this is extremely unwelcome news,” O’Regan says.

“It reflects Westland’s view of what the market will deliver and we need to signal this to our shareholders so they can plan accordingly.”

O’Regan says it is “definitely not a happy New Year” as far as dairy markets are concerned.

The major global driver of downward prices is the ongoing growth of milk supply in Europe and the USA, O’Regan says.

“Demand from China is steady, but well down on two seasons ago. Sanctions against Russia remain in place and limit large volumes of European dairy products entering this key consumption market.

“Dairy farmers in Europe are receiving above market prices for milk – due to processors overpaying for milk as farmers adapt to the removal of quotas and find a new sustainable farm gate price – which has kept their production higher than expected.

“Our customers are still buying, but have multiple sources and therefore the luxury of choosing from some reasonably aggressive offers as processors look to avoid a build-up of stock.”