New rebated fuel tracer to be introduced in April 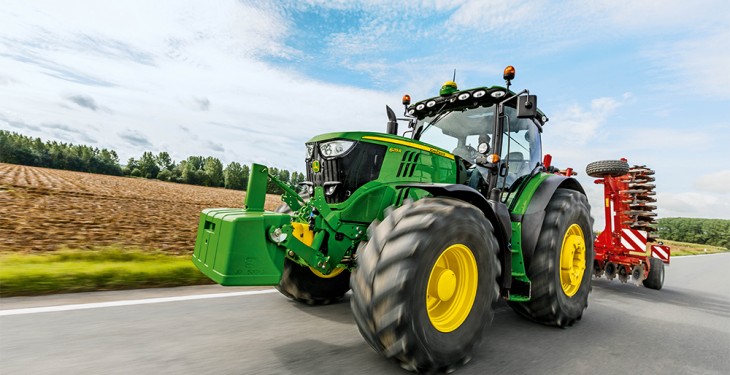 April 1 marks the official inclusion of a new tracer compound – Accutrace S10 – in the rebated fuels used by agriculture and the construction sectors throughout the UK and Ireland.

It will be used in tandem with the existing red and green dyes currently in use. The change has been made in an attempt to significantly reduce the volume of illegally-traded fuel.

The Irish Revenue authority has confirmed that the new marker is colourless. It is a more effective marker and is more difficult to launder.

“Action against the illegal use of marked fuel is an integral part of Revenue’s wide-ranging programme of action against all forms of fuel fraud. An extensive range of new measures have been introduced over recent years to tackle fuel fraud, including enhanced supply chain controls and the acquisition of a more effective fuel marker,” a spokesperson said.

According to Top Oil, Accutrace S10 is a Dow Chemical product and was selected by the Revenue authorities in both jurisdictions as their preferred tracer option.

“Stocks of the new tracer have recently become available and currently we are in a transition period, where the new product is being introduced to the market,” a company spokesman said.

“The aim is that all marked fuels will contain the prescribed quantities of the tracer by April 1, 2015. We understand that the product has undergone rigorous testing and therefore we do not expect to see any effect on the efficiency of the fuels.

“Top Oil welcomes this and other associated initiatives that are aimed at eliminating the availability of illicit fuels. Laundered or adulterated fuel has been shown to be a major loss of revenue to the exchequer, cause serious damage to vehicle engines and cause worrying environmental issues, as a result of the waste products arising from the fuel laundering process.”

Ulster Farmers Union Deputy President Barclay Bell said that the introduction of  the new marker will make it much harder for fraudsters to launder rebated fuel and sell it on at a profit.

“For years launderers have been filtering the fuel through chemicals or acids to remove the government marker but we are hopeful that this new marker will be more resistant to known laundering techniques which in effect will help in the fight against illegal fuel laundering. The Governments’ decision to move to a more resistant marker to help protect the legitimate use of rebated fuel by the agricultural industry will be welcomed by farmers who rely so heavily on the off-road diesel.”