New prototype self-propelled merger (swather) works at up to 20kph

Dutch machinery manufacturer Ploeger has revealed initial details of a new prototype self-propelled merger (swather). A number of these machines have been built and are now being put through their paces.

Known as the CM4240, the machine employs pick-up reels and belt-type conveyors (rather than tine-equipped rotors) to gather and shift grass. Working widths reportedly stretch from 10m to 12m.

According to Dutch publication Mechaman.nl, the integrated pick-up/belt mechanisms are sourced from Austrian manufacturer Reiter, which already builds tractor-mounted and trailed mergers.

It’s believed that the CM4240 is powered by an FPT engine. The cab is clearly sourced from Claas.

At the push of a button, the machine can deposit the grouped swath to either side or in the middle (straddled by the wheels). 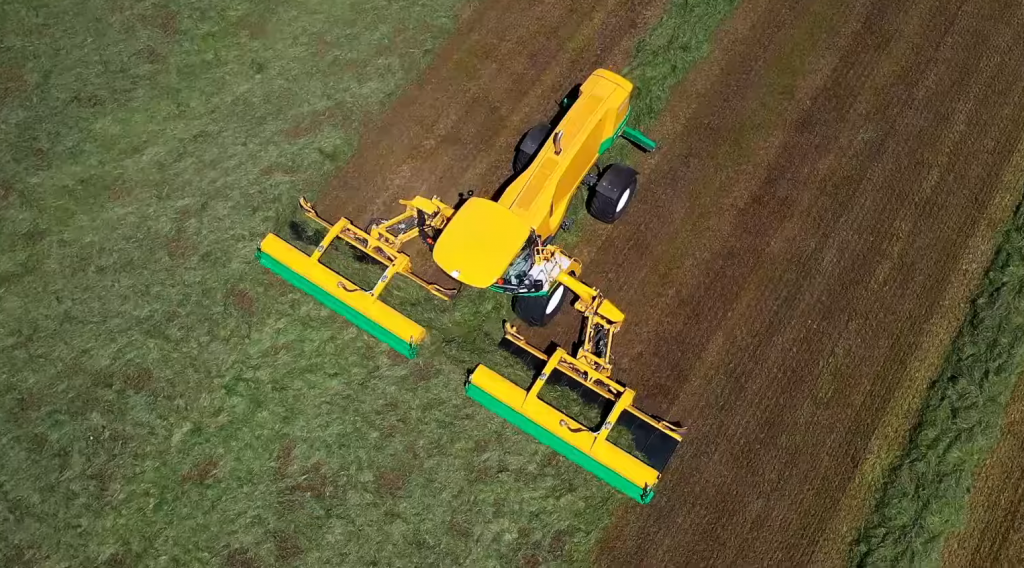 Interestingly, Ploeger is part of the wider Ploeger Oxbo Group (POG). US-based Oxbo (part of POG) already builds a self-propelled swath merger – namely the 4334. This video (below) shows that machine in action.

While Oxbo’s 4334 is conceptually similar to the new Ploeger CM4240, there are many obvious differences.

Also Read: Have you ever seen a self-propelled silage ‘merger’?

In other words, the CM4240 is not simply a badged-engineered version of the 4334.

Who is Ploeger Oxbo Group (POG)?

According to the manufacturers involved, following decades of distribution and technical cooperation between Netherlands-based Ploeger and US-based Oxbo, the companies merged in 2011. The group has since added French manufacturer Bourgoin to its portfolio.

The group’s lofty vision is to be the “global leader in mechanised solutions for niche agriculture”.

Have you ever seen a self-propelled silage 'merger'?