New Landini strategy gets ‘Irish debut’ at this week’s show 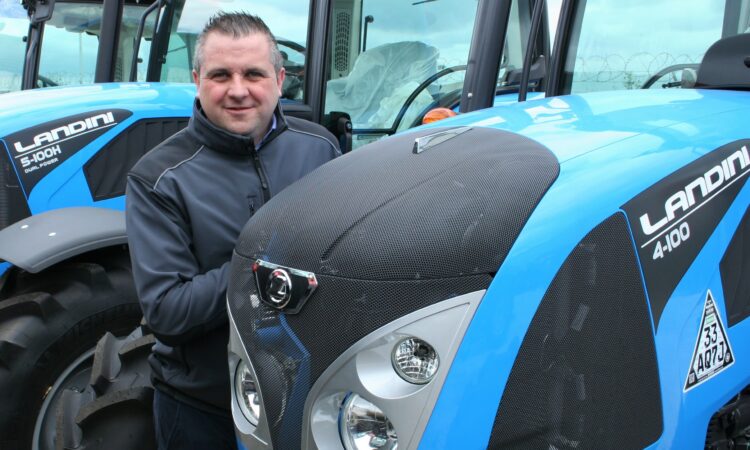 Sales and support provision for Landini products in Ireland was re-organised 18 months ago by “mutual agreement” with the previous independent importer (D&S Machinery).

Will Doyle (pictured above) was appointed as the brand’s national sales manager – dedicated to the Irish market.

“We’ve worked hard to reassure our dealers that the change in distribution is for the better and I believe we’ve proved that in the way we operate, especially with regard to streamlining ordering and other processes,” he explained.

Dealers have responded by taking on more stock and we’ve seen good results in terms of retail sales.

“Landini is a well-regarded make of tractor in Ireland with a deserved reputation for reliability, as well as for performance.

“Response to our Tier 4 model demonstrations has been very positive.”

The Landini exhibit at this week’s show marks the debut appearance in Ireland of the flagship model in a newly-expanded Landini 7 Series line-up.

The Landini 7-230 Robo-Six (pictured below) is home to a 6.7L engine from FPT Industrial – successor to the Iveco engines business – mounted in a cast chassis. 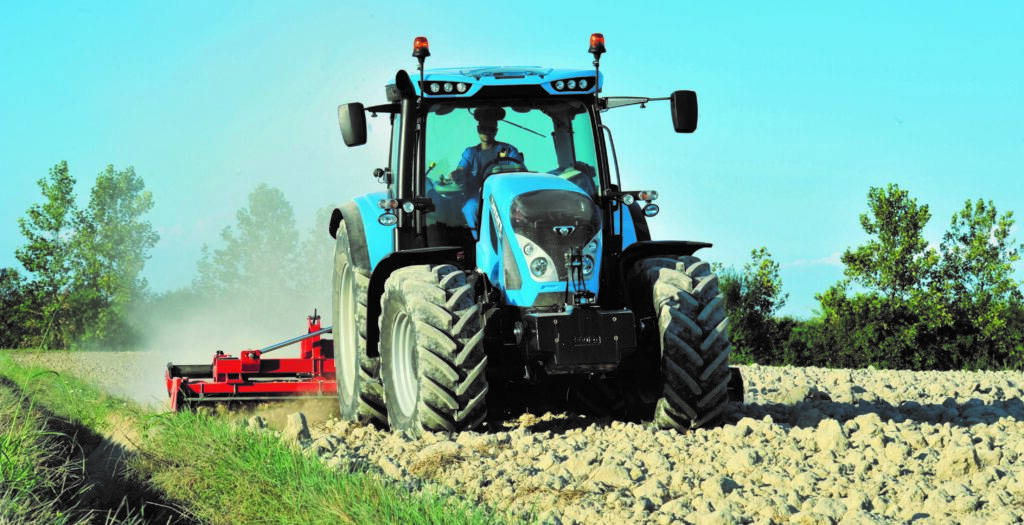 Unlike tractors using the engine as part of the structure, the 7 Series power unit is “isolated from the stresses and strains of field work”.

Power outputs of 206hp for draft work and 225hp for working a PTO-driven machine or for haulage are backed up by peak torque outputs of 850Nm and 897Nm, respectively.

The Dynamic version of this tractor (on display at this week’s FTMTA event) has a 54F 27R creep version of the new Robo-Six transmission, with six powershift steps within each of five ranges.

In-field and on-road ‘auto shifting’ can be triggered. Or, alternatively, the transmission can be operated manually using a multi-function controller on the seat-mounted console.

The simpler Active specification (available on all Landini 7 Series Robo-Six tractors) will be illustrated at the show by a 7-160 Robo-Six (an example of which is pictured below).

It has 151hp, which automatically boosts to 165hp for road travel and when operating PTO-driven (mobile) equipment.

As standard, it comes with a 30F 15R version of the Robo-Six transmission (with a power-shuttle and a six-step powershift; creeper gears are optional).

“This is an advanced tractor but one that’s easy to operate, especially in Active specification with manual spool valves and not too many electronic features,” explained Will.

It’s the ideal tractor of this size and power for anyone to hop on and drive without much instruction. It’s also attractive for operators in having a spacious cab with great all-round visibility. 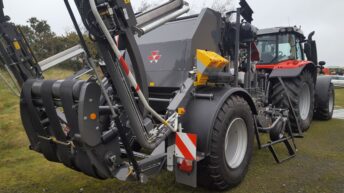 Map: Here’s what you need for this week’s FTMTA Farm Machinery Show