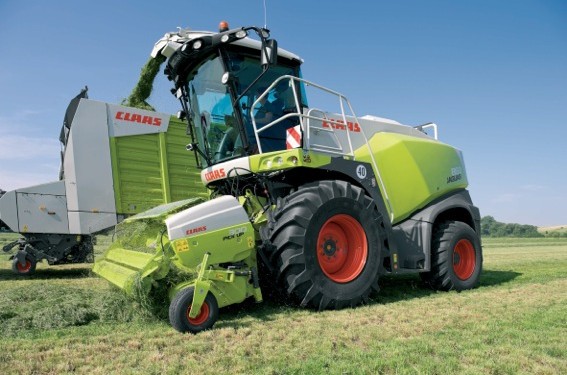 Claas will have on display at this year’s FTMTA Grassland event the new Jaguar 800 series self-propelled forage harvester, which offer higher throughputs but at a reduced running cost.

First launched in 1972 and the world market leader, the Jaguar name has become synonymous around the world for high-output, cost efficient forage harvesting. A key feature to the success of the whole Claas Jaguar range is its powerful and efficient direct drive system, where all the main components are directly driven by the engine. Allied to this is the smooth straight crop flow through the forager which ensures that a high crop flow can be maintained for the least amount of power.

A key feature of the new Jaguar 800 series is the change to TIER 4i compliant Mercedes engines fitted with an SCR catalytic converter. A noticeable benefit of these engines is their high torque at low engine speeds. As a result, operators of pre-series machines operating in the UK last season found that they have been able to achieve considerably higher throughputs and lower fuel consumption compared to previous similar sized Jaguar 800 models. Fuel savings of 8 to 10 litres/hour have been achieved by TIER 4i machines test machines compared to TIER 3 machines in the same field.

An additional new option on the Jaguar 870 and 860 is the availability of dynamic power, which in DLG trials has resulted in fuel use savings of 12.3%.

As the crop volume through the forager varies, dynamic power automatically varies the engine power output over an 11-step range from just 272hp up to 510hp on the JAGUAR 860 or 598hp on the jaguar 870, whilst ensuring that the engine can maintain its optimum engine speed of just 1800rpm. 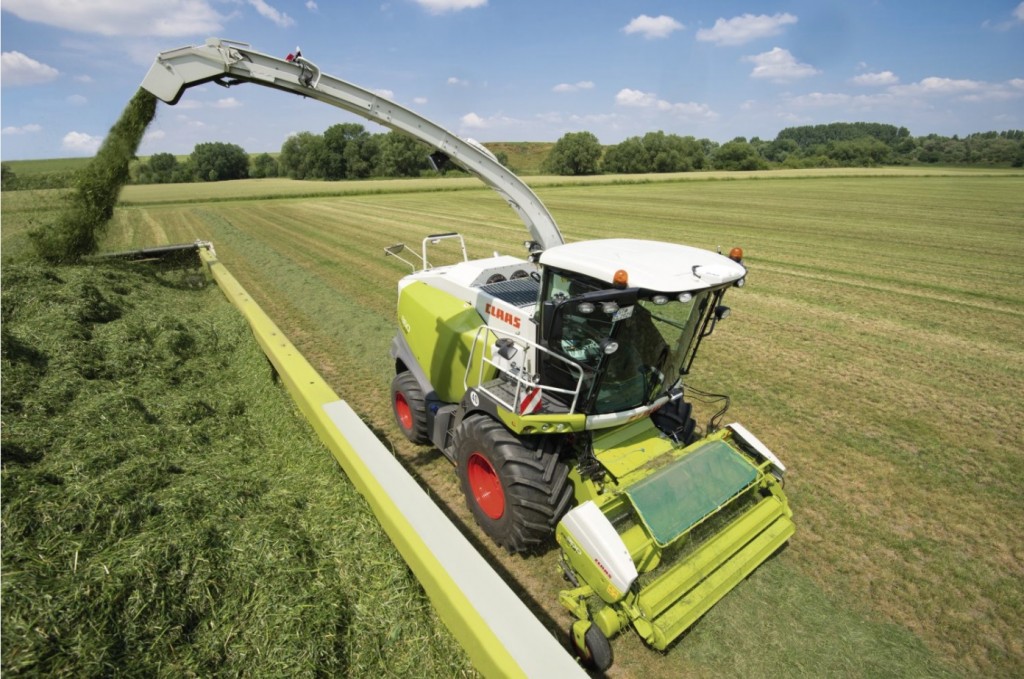 With the introduction of these four new Jaguar 800 series models, this means that Claas still provides the largest range of self-propelled forage harvesters, with two specification levels with Profistar and Speedstar to suit differing operator requirements.