The New Holland T6.175 Dynamic Command tractor was crowned ‘Machine of the Year 2018‘ in the ‘Mid Class Tractor‘ category at Agritechnica 2017.

The decision was rendered by a jury that comprised of journalists from a plethora of European agricultural media outlets. 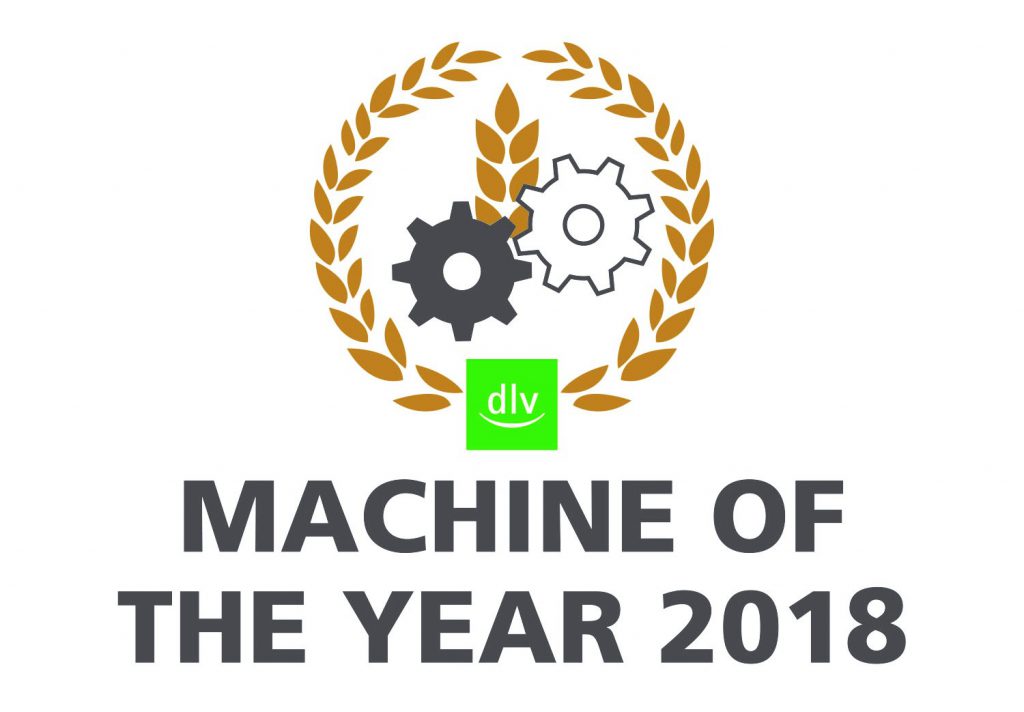 The tractor received the accolade for its “technical innovation” and the apparent “benefits it brings to customers”. The selection criteria focused on innovative features, performance, productivity, cost of operation, ease of use and operator comfort. 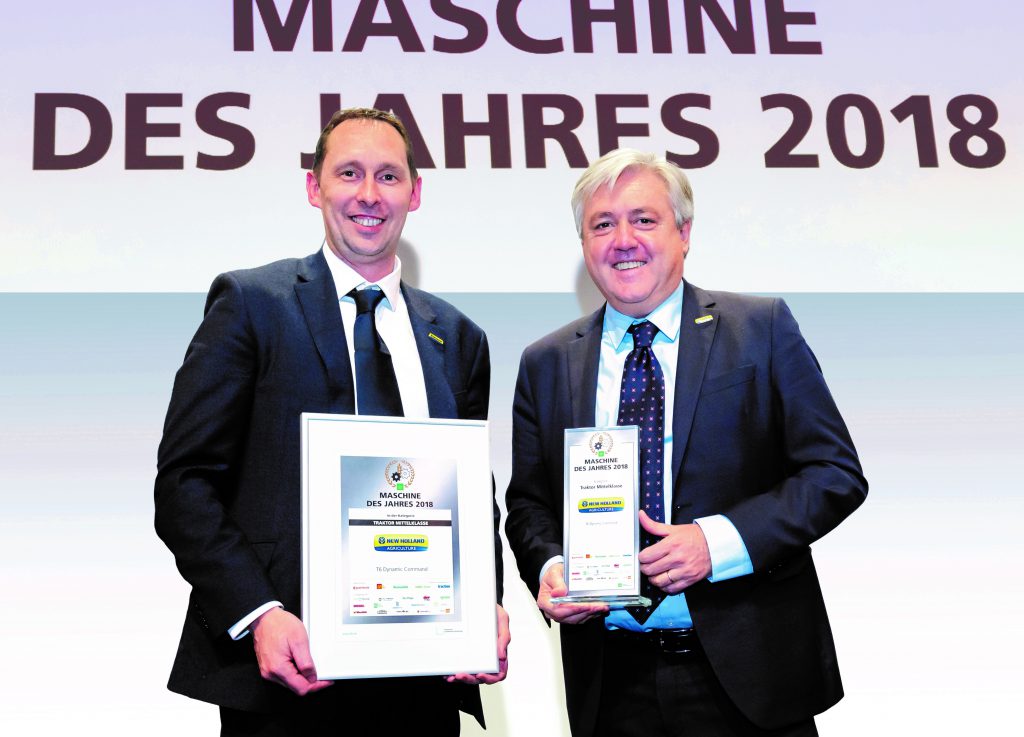 “It is a well deserved recognition of the hard work and dedication of all those involved in the development of the T6.175 Dynamic Command tractor, from our engineering teams to the whole Basildon plant team – developing a tractor meeting the specific requests made by our customers.”

What is Dynamic Command?

New Holland buyers can still opt for the existing 16F 16R Electro Command box (with a four-step semi powershift); or the top-of-the-pile Auto Command CVT – with its stepless speed range. 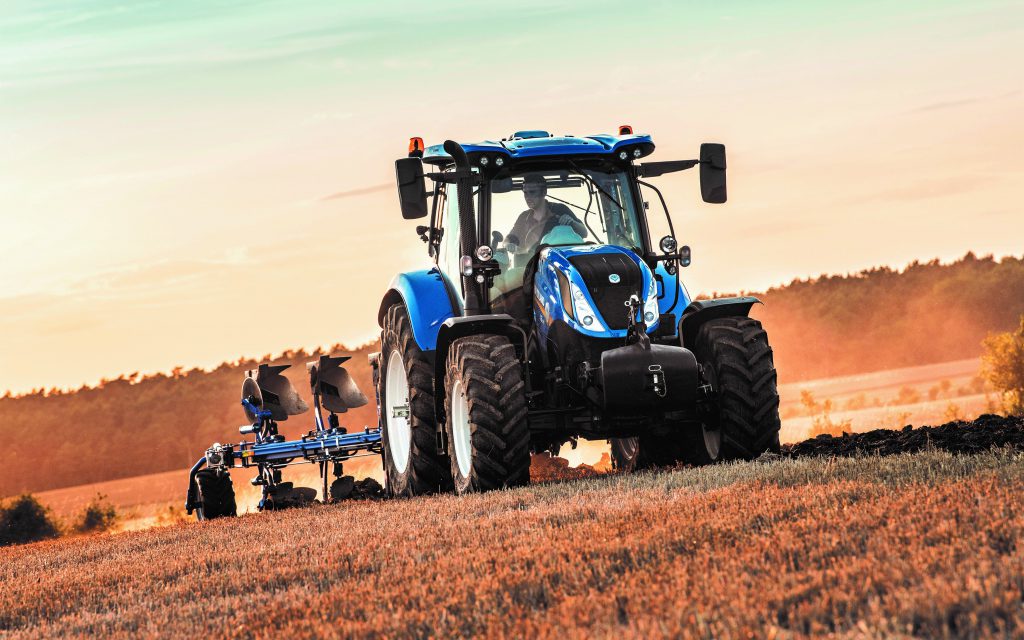 The Dynamic Command transmission was designed in-house and is built on a new dedicated production line in the company’s driveline plant in Modena, Italy.

At the heart of the three-range, eight-step semi powershift box is a ‘Dual Clutch‘ concept, similar to that which operates the range-shifting function within the Auto Command transmission.

The four odd-numbered gears and one clutch are located on one shaft; the four even gears and another clutch are on a second shaft. Power is then modulated between the two clutches; as an odd gear is disengaged with one clutch, the second clutch is engaging the even gear ratio.

Dedicated clutches for forward and reverse ensure “controlled shuttling”, according to New Holland – even on steep gradients. Range shifting is all robotized.

Power losses, say the company, are minimised by the use of a variable-displacement lubrication pump, only supplying the volume of oil that is required.